On the outside, you might view Australia‘s 10-point loss to the might of Team USA in this morning’s Olympic basketball match as a massive effort by our local boys; a team of scrappy bit-players chesting up to the power of the superstar-filled USA side.

But if you couldn’t help but think that something felt a little off while watching the game, you’d be right. Your instincts weren’t lying to you, something was up. Something that went beyond a mere sporting contest. Something big.

I can’t conclusively say that it was rigged, but on the other hand it absolutely was.

A conspiracy this large can only be run by the CIA themselves. And now, after minutes of tireless and very serious research, I present to you evidence of a conspiracy theory so large, it threatens to end the Olympics as we know it. 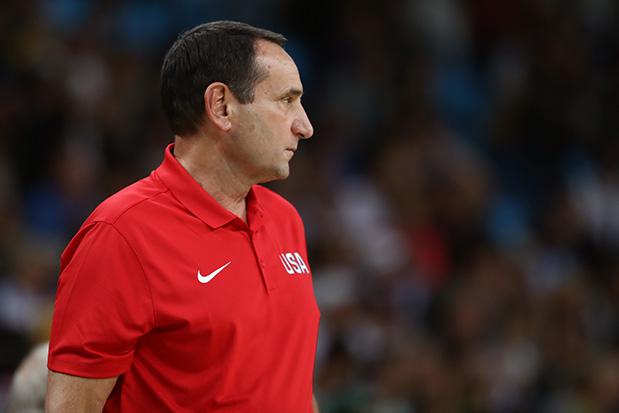 At time-outs and between quarters, the Australian huddle had a boom mic over the top of it to capture coaching instructions for the broadcast audience. Team USA did not. Coach Mike Krzyzewski didn’t allow it. He banned it. No mics allowed.

What are they hiding? What are they trying to cover up? What don’t they want us to know? An insane person might suggest it’s mere coaching instructions and vital strategy that they don’t want falling into the hands of rivals. But a person whose brain is awake and who is not part of the sheeple will quickly realise it’s because they’re likely conducting Gregorian crypto-archeological incantations; summoning the might of the lizard people to physically impair Australia’s team of mere mortal humans. 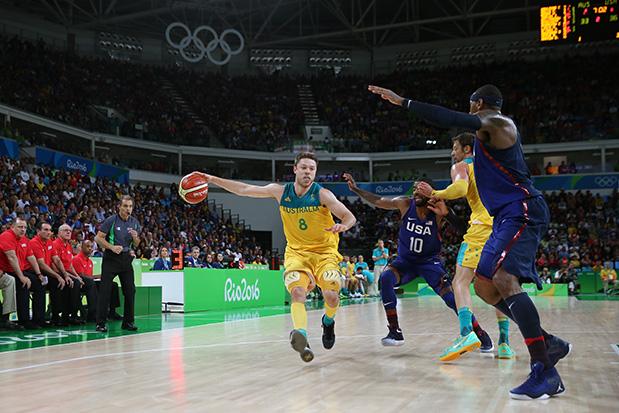 Of course the triangle offence is a CIA-backed sporting conspiracy. How could it not be? Phil Jackson used it to bring 6 NBA Championships to the Chicago Bulls, completing the sporting Infinity Gauntlet that grants Michael Jordan immortality, a hypnotic shoe empire that enslaves the globe, and the ability to get away with shaving in a Hitler moustache.

I mean, Team USA isn’t using the triangle offence at this Olympics. But it does exist, and is clearly helping them. 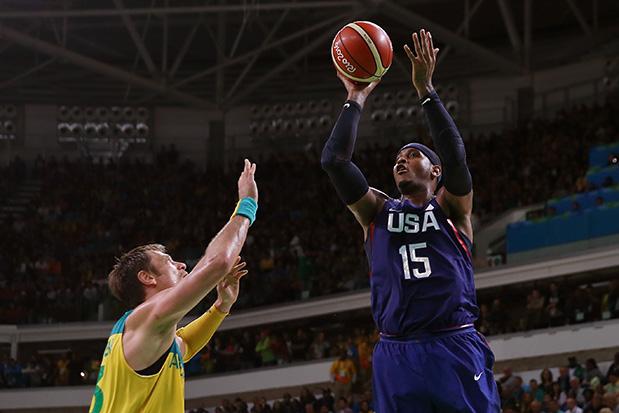 In his regular day-job, Carmelo Anthony is cooked. But slap a Team USA jersey on him and suddenly he starts shooting lights out? It doesn’t add up.

Sure, Australia’s defending of him was a little lax, and he’s a phenomenally talented player who found acres of space around the 3-point arc. But this is Carmelo Anthony shooting long-range buckets. It’s far more likely that he shapeshifted his arm and guided each ball into the basket using photon manipulation, which as we all know has been thoroughly outlawed at the Olympics for decades.

You know it makes sense.

4. MATTHEW McCONAUGHEY WAS THERE 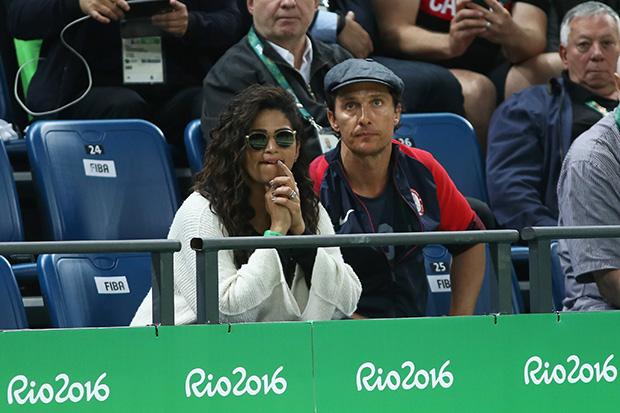 What’s going on here? What is Matthew By-God McConaughey doing at an Olympic basketball game in Rio? Don’t let his chiseled visage fool you, the man is a Government operative. You don’t suddenly go from leaning backwards on every rom-com poster ever to winning Oscars and being revered for your acting talents without the backing of a secret council of elders. 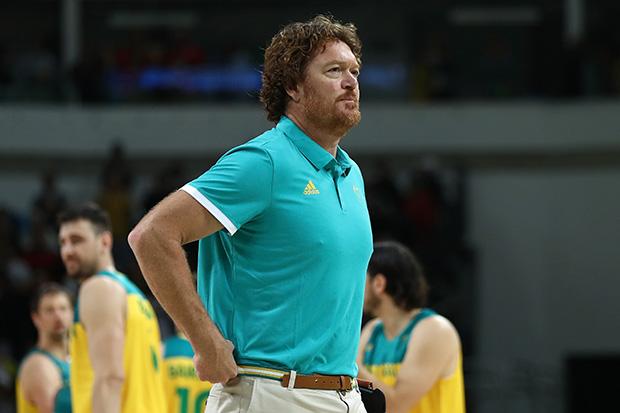 Australia’s next obviously rigged game is against China this Saturday. China. That can’t be a coincidence.

I KNOW ALL YOUR SECRETS, RIO.