Serena Williams & Roger Federer Are Confirmed For The 2021 Aus Open, Despite The Mighty Rona

Serena Williams and Roger Federer are confirmed for the 2021 Australian Open in Melbourne. Yes, Melbourne.

Melbourne is still under a strict lockdown, with Victoria accounting for 90 per cent of Australia’s 894 COVID related deaths.

Tennis Australia’s CEO Craig Tiley confirmed the announcement yesterday, but stated that under new COVID-safe protocols crowds would only be allowed at 50 per cent capacity. This year the Aus Open attracted around 800,000 people.

“Of course it’s not going to be the same because we’ve got to make sure we physically distance and be safe,” Tiley told Nine’s Wide World Of Sports.

Tiley was visibly excited about Williams and Federer joining the Aus Open next year, especially with Williams one title off beating Margaret Court‘s record of 24 grand slam wins.

“Serena Williams will be here obviously trying to get Margaret Court’s record, so we’re excited about the players that will be here and what we’ll put on,” he said.

Similarly to the way AFL players had to quarantine in Queensland, tennis players will have to complete two weeks of quarantine in a bubble, which they’ll train in before the Aus Open starts.

“We’re going to start around the middle of December when all the players will come in; they’ll do two weeks of quarantine that they’ll do in cities around Australia and those two weeks we’re creating a bubble where they’ll be able to be in it from the hotel to the courts in a training environment, not too dissimilar to the AFL and NRL and by then we expect the borders to be open,” said Tiley. 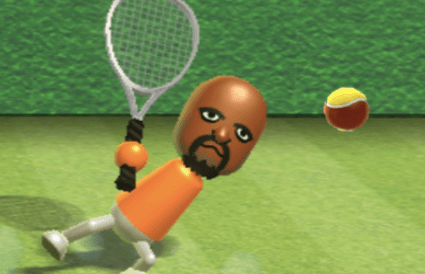 But there is some light at the end of the tunnel, there will be more events than ever before at the tournament.

“We’re going to have six weeks of tennis. In fact, we’ll have more tennis, more events than we’ve ever had before,” he said.

“There’s still going to be music, there’s going to be food, we’ll have the big screens up where people can sit and watch but the safety of the community will be a priority for us, as well as for the players.”

Federer reached the semi-finals of this year’s Australian Open and Williams was knocked out in the third round.

Maybe next year will be their year.