Ryan Lochte Releases Official Statement After Being Mugged At Gunpoint

In an Olympic Games that has been marked by corruption, disorganisation, and a pool turning a nice shade of jelly-and-binwater green, the news that an Olympic Athlete was robbed at gunpoint by men impersonating police officers is only to be expected.

Following the broadcast, Lochte posted a message thanking his fam, friends and fans for the support he’s received.

“I want to thank all of my family, friends, and fans for the overwhelming support and concern I have received today,” he wrote in a message posted to Twitter and Facebook. “While it is true that my teammates and I were the victims of a robbery early Sunday morning, what is most important is that we are safe and unharmed. I am honoured to have represented the U.S. here at the Rio Olympics and to win Gold for my country alongside my teammates. I look forward to getting home so that I can begin to map out the plans for my future with an eye on representing #TeamUSA at the #2020 Tokyo Olympics.”

What is also important to note is that Lochte’s response to getting mugged at gunpoint was “whatever”.

“We got pulled over, in the taxi, and these guys came out with a badge, a police badge, no lights, no nothing just a police badge and they pulled us over,” he told NBC News.

“And then the guy pulled out his gun, he cocked it, put it to my forehead and he said: ‘Get down,’ and I put my hands up, I was like ‘whatever’. He took our money, he took my wallet , he left my cell phone, he left my credentials.” 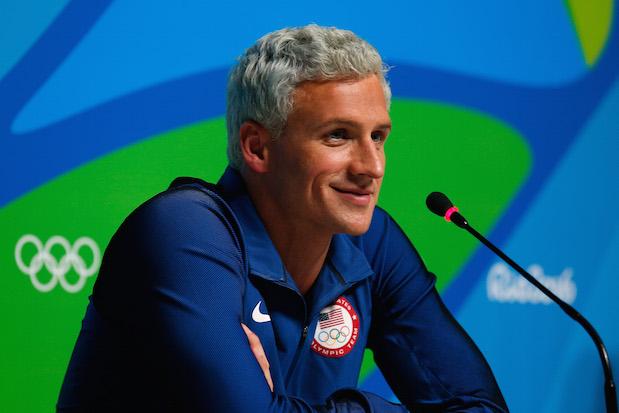