PSA: You Can Still Draft A Dream Dog Squad For Tomorrow’s Puppy Bowl

We’re sure that in your time on this wonderful planet, you’ve come across some mention of the Puppy Bowl that offhandedly claims it’s a bigger deal than its human equivalent, the Super Bowl. The thing is, the annual celebration of doggos and their predilection for biting things, grabbing them and running has actually grown to be a serious thing.

And guys, that’s an opportunity that’s still open before the Puppy Bowl XII airs, allowing us foreign fans to form an affinity with the pooches before they duke it out 6AM tomorrow morning, Australian Eastern Daylight Time. 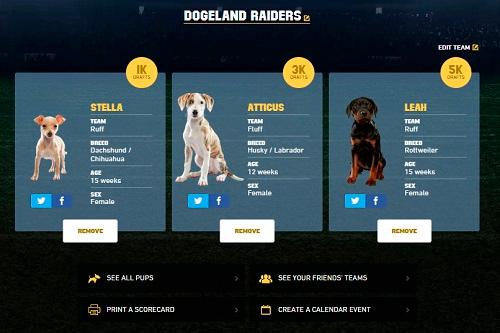 Wired, the boffins that they are, claim the key to your Puppy Bowl team’s success is a healthy bent towards terriers – those lovable, fiesty runts – while not ignoring the playmaking possibilities of smaller breeds.

Then again, considering the scoring system is almost as complex as human American football, it may be best to choose your favs on gut feel, while marvelling at the fact this is a thing that is actually happening.

Every dog is sourced from a rescue shelter, which makes the whole thing about a billion times better, and if you just cannot wait for tomorrow morning, feel free to watch the pre-game show (!) where pundits actually try to keep a straight face while dealing with this abundant cuteness.

Puppy Bowl XII will be streaming from 6am AEDT.