Nathan Sharp will lead the Wallabies through Europe in his final spring tour bolstered with the inclusion of Test veterans David Pocock and Steven Moore. It’s a timely boost given the Wallabies well-documented injury toll. NSW prop Paddy Ryan rounds out the squad of 30 as the only uncapped player.

As the Wallabies prepare to battle it out against the Northern Hemisphere’s best, there are several intriguing battles brewing within the Wallaby camp, as players scramble for position. 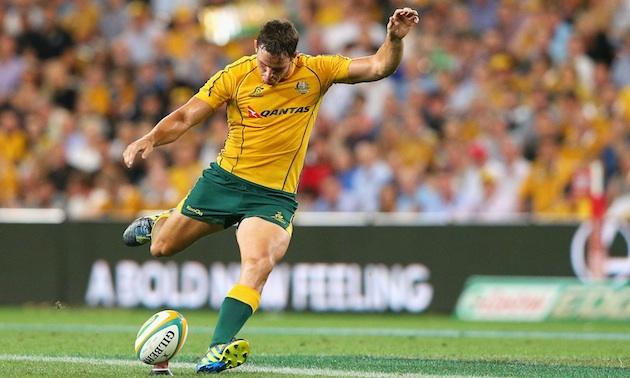 Berrick Barnes vs Mike Harris
It was on the back of Mike Harris’ boot that the Wallabies were able to push the All Blacks for the draw last week. Solid without being overly flashing, Harris seems to have found his most comfortable position within the Wallaby backline. With a good boot and a tactically sound rugby brain, Harris, a former junior All Black star, is emerging as one that got away with All Black coach Steve Hansen coming out and accusing the Wallabies of poaching their players.

Despite his class and natural ability, Berrick Barnes has had a tough time cementing a position on account of being belted from pillar-to-post by rival Super Rugby and international teams. His latest injury setback, a punctured lung he picked up in South Africa opened the door for Harris who has been solid. At times Barnes has been criticised for being a little too safe, preferring a territory based kicking game when there have been opportunities to run. 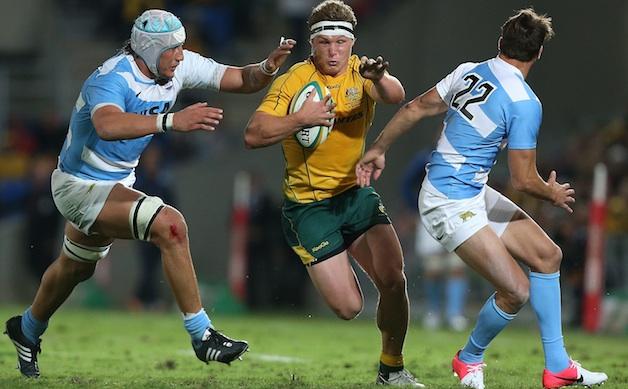 Michael Hooper vs David Pocock
This will be an absolute blinder of a position jostle. Throw in Liam Gill and it’s a downright embarrassment of riches in our open-side flanker department. After last year’s World Cup, Pocock emerged as the world’s leading breakaway. It looked as though Pocock had a five-year mortgage on the position having singlehandedly defeated the Springboks at the breakdown in the Quarterfinal until injury derailed Pocock’s Rugby Championship.

In an Brumbies team that exceeded expectations, Michael Hopper was a bonafide smash. What he lacks in size he makes up for in courage and as a former beach sprint champion, can show a bit of toe when given some room. It was assumed that Hooper would be an adequate replacement for the injured Pocock but Hooper has taken his game to the next level and made the position his own to the point where Pocock is not guaranteed a run-on start this tour. One possible option could see Pocock shift to Number 8, especially if rumours of an improved ball game under Brumbies coach, Jake White, prove to be true. 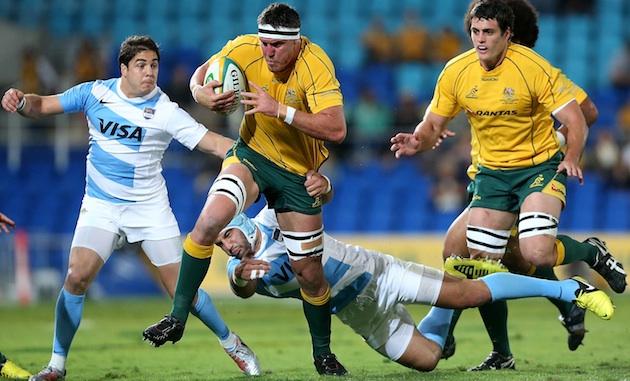 Rob Simmons vs Kane Douglas vs Sitaleki Timani
There was a point leading into the World Cup where Nathan Sharpe was on the outer with the Reds premiership winning pair James Horwill and Rob Simmons mooted as long term second-row partnership. Since then Horwill has been elevated to captain while Simmons have fallen by the wayside. Sharp’s impending retirement vacates one position but that will be snapped up by Horwill after the tour, which leaves one position for three candidates. Simmons initially impressed Robbie Deans with his mobility. He’ll want to be zipping around the field whenever he gets some time on the field if he wants to reclaim his spot.

Sitaleki Timani is the wildcard in the pack. As his game develops, Wallaby supporters hope he ups his work rate and takes on the role as pack enforcer. At times, the Wallabies have lacked a bit of intimidation at the contact area and Timani could provide this grunt. Whether his role is as a starter or impact bench player will depends on how Timani’s fitness develops.

Kane Douglas sits somewhere between Simmons and Timani in terms of his mobility and promise of becoming a pack enforcer, which could work in his favour. Relatively new on the international scene, Douglas has shown plenty of promise with a strong debut against Argentina. It could be make or break for Simmons where Douglas will be allowed plenty of time to establish himself in the international arena. 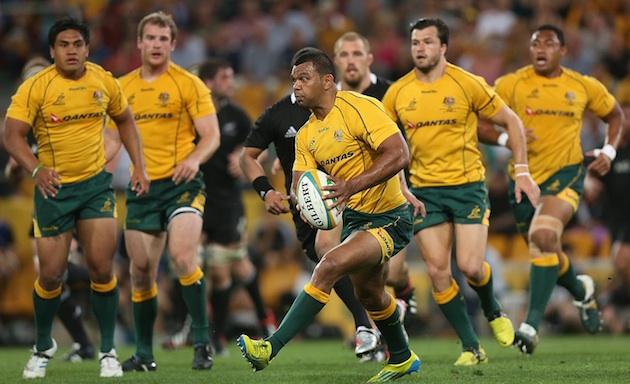 Kurtley Beale vs Quade Cooper vs James O’Conner
With an injured James O’Conner and an injured/discarded Quade Cooper, Kurtley Beale will most likely be given the entire tour to make the 10 jersey has own. Having starred at fullback, Beale’s creativity has seen him move closer to the action and he wants to stay. James O’Conner will be a walk up start somewhere in the backline next year, fly-half or otherwise. Cooper may not be so lucky. Cooper doesn’t share O’Conner’s versatility and if Beale claims the 10 on his own, Wallaby selectors may lump Cooper in the too-hard basket… permanently.

The enduring All Blacks domination is disappointing, the heavy defeat to the Springboks was pretty ugly and the less we talk about that cold and windy night in Newcastle the better. But in spite of the injuries and the unrelenting pressure of Southern Hemisphere competition (Argentina were a revelation), the Wallabies have shown a depth of character that is testament to the supposed ‘toxic’ Wallaby culture. It’s been a punishing year for the Wallabies but one which will be deemed a success should they prosper in Europe.