PEDESTRIAN.TV PRESENTS: A Ranking Of Rio’s Most Cooked Mid-Dive Faces

While the first three have always been key attributes of Olympic diving, we are firm believers the horrific result of centrifugal forces on athletes’ faces deserves its own recognition.

Rio 2016‘s organisers certainly have enough to deal with at the mo’, so PEDESTRIAN.TV has taken the liberty of judging the snapshots from photog Adam Pretty, taken at the Men’s Synchronised 3m Springboard Final.

After assessing each competitor’s technique (or lack thereof), we’ve compiled an authoritative ranking. We believe we’ve been harsh, but fair. Dozens of minutes of deliberation went into this, so pay attention: 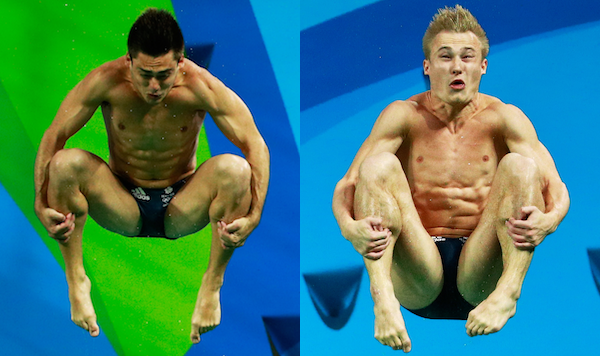 While Mears and Laugher walked away with a bona fide gold medal for their efforts, the duo also made a case for Mother England in the noggin department. Mears was really more focussed on doing his best beach ball impression, but Laugher’s audacious attempt to go full Super Saiyan is worthy of recognition. 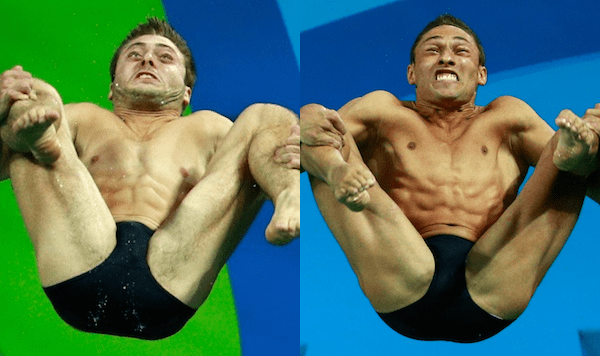 If one word could describe America’s performance, it’s be “intense”. These guys look like they’ve just been shot backwards out of a cannon, by virtue of their balled-up rigs and the shit-scared looks upon their faces. Dorman, in particular, probably saw some serious shit during his silver-earning rotations. 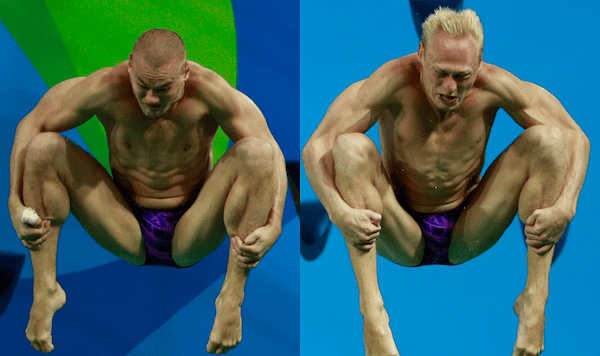 If you look carefully, you can actually see Zakharov’s hairline recede ’cause of how fast he spun. 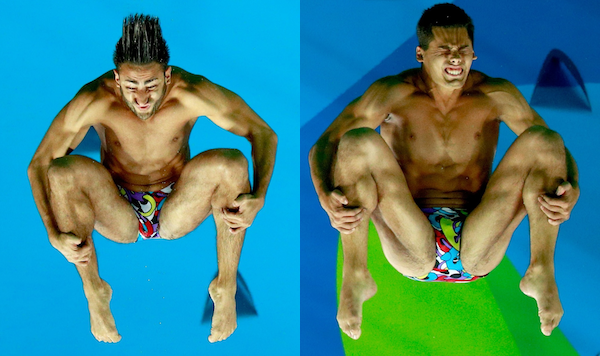 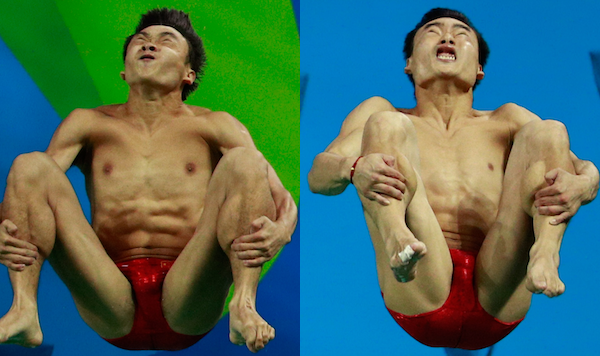 Little known fact: the Chinese squad actually choreographed their dives to Pantera’s Vulgar Display Of Power, down to the mid-punch gurn completed by Yuan. Yet, what earned these blokes our top honour is the lip-twitch exhibited by Kai: emulating something I would have cooked up in Garry’s Mod circa 2007, he looks as if his soul is leaving his body – via his top gums. Magnificent. Bronze IRL doesn’t hurt, either.

The Olympics still have a fair way to go, but we already know who the true winners are: the madmen and women who cooked up Italy’s budgie smugglers. Seriously, go take a second look. Wild.