Paralympians: Gold And Not Forgotten

Australia has had a fantastic Paralympics. With 32 gold medals the Aussies finish the competition ranked 5th, one position above Team USA (Yes!), and just behind a 3rd place Great Britain (can’t win them all). While the gold medal tally comes in short on Sydney (63) and Atlanta (42), Australian team boss Jason Hellwig argues that the 2012 is our greatest of all time.

“Sydney, you have to understand, it was a different time and a lot of evolution has happened since then. Sydney will always be special because of what it did and the quantum of medals,” he said. “In terms of the quality of athlete and professionalism and focus, this is the best Paralympic team we have ever put together. I hope that sets a standard for other teams. This is our standard.”

With record crowd numbers and increased interest at home (kudos ABC), Hellwig belives this is a watershed moment for the Australian Paralympic movement.

“We did a survey in 2008 and I think less than 15 per cent of people we surveyed could name a Paralympian other than Louise Sauvage. We will do that again soon and half a dozen names will hopefully roll off the tongue.”

In the event that the Australian Paralympic Committee stop you in the street, here are a few names so you don’t look like a dumb-ass in front of your friends. 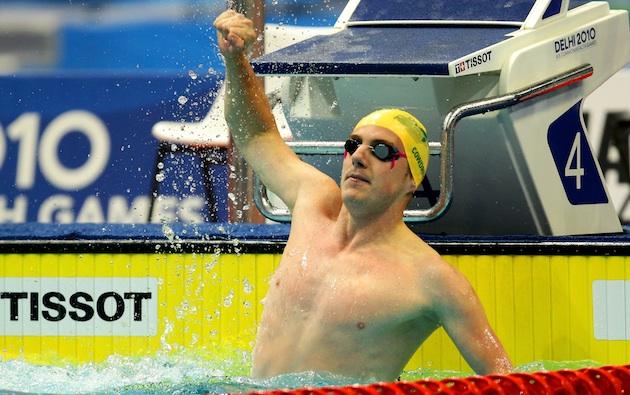 Matt Cowdrey
During the games, Cowdrey became our most decorated Paralympian of all time with 13 career gold medals. Born with part of his arm missing due to a congenital amputation, Cowdrey is eligible to swim in the S9 division where swimmers with severe weakness in one leg only or swimmers with very slight coordination problems or with one limb loss. Cowdrey won gold medals in the 100m backstroke, 50m freestyle, 100 m freestyle, 200 m Individual Medley, and 4 x 100 m Freestyle Relay. The 23 year old is expected to compete at Rio so expect his tally to grow. 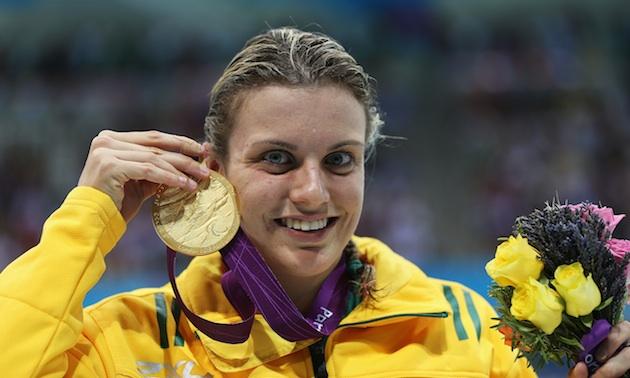 Jacqueline Freney
Freney was the star performer at the London Games finishing undefeated in all of her events. Her eight gold medals made up a quarter of Australia’s final tally! Born with cerebral palsy, Freney was eligible for the S7 division which included swimmers with full use of their arms and trunk with some leg function and swimmers with coordination problems or weakness on the same side of the body. 50m Freestyle 100m backstroke, 200m individual medley, 100m freestyle, 50m freestyle and 50m butterfly finals, and team golds in the women’s 400m freestyle relay and 4×100 metres medley. As with Cowdrey, Freney has youth on her side and is already favored to be the golden girl in Rio as well. 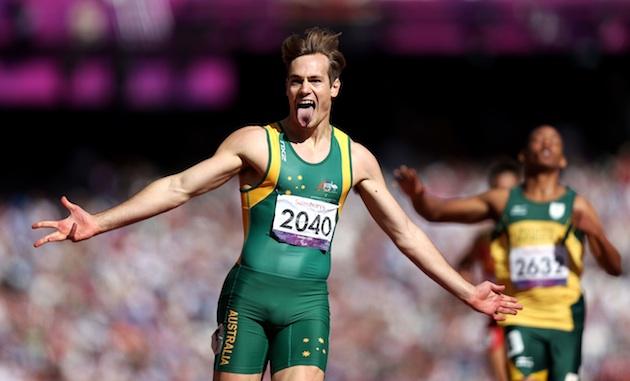 Evan O’Hanlon
Evan O’Hanlon finishes as the Usain Bolt of the Paralympics with the Aussie sprinter collecting gold in the 100m and 200m in the T38 division. Such is O’Hanlon’s esteem within the Australian team, that he was chosen as flag bearer for the closing ceremony. Born with cerebral palsy, O’Hanlon qualified for in the T38 division where athletes show a minimum of uncontrollable spasm in either one arm, one leg, or one half of the body. 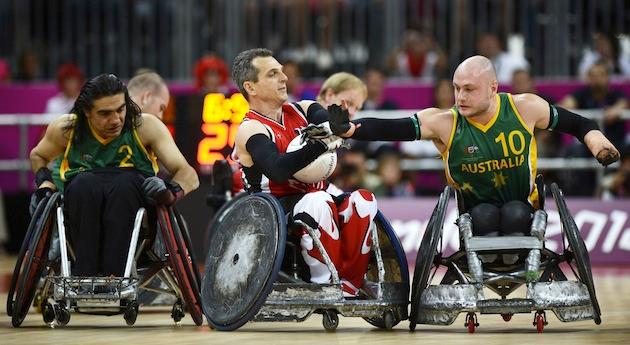 The Steelers
Finally we have the Wheelchair Rugby, or Murderball, team who won their first Paralympic Gold. The sport is a showpiece of sorts for the games and is one of the most hotly contested medals. Led by Ryley Batt, the Steelers defeated Canada 66-51.

And in the last event of the Games, it appears that the Paralympics have pipped the Olympics for most kick-ass closing ceremony with this judge awarding the points for a Jay Z, Rihanna, Coldplay collaboration over a Spice Girls reunion. Top that Rio!