There’s no gain without pain, and the unfortunate trade-off of world-class athletes pushing their bodies to the limit is that, on occasion, injuries happen.

It’s just that at the most major and prestigious sporting meet the world has to offer, you’d think the medical staff on hand would be fairly switched on.

Australian javelin thrower Kim Mickle copped a fair grisly-looking injury mid-competition in today’s qualifying stage, when she dislocated her shoulder in fairly graphic fashion while attempting a throw. In clear agony, she had to stop her arm swinging forward during her follow through.

But whilst you’d think there’d be medical staff present at every event, ready in case something precisely like this occurs, she instead had to wander around the track with her arm clutched to her for more than a full minute, with cameras clearly picking up the fact she mouthed “help me” on multiple occasions.

Rio medical staff eventually got to her and popped the joint back in place in the middle of the stadium, with cameras filming the whole thing. 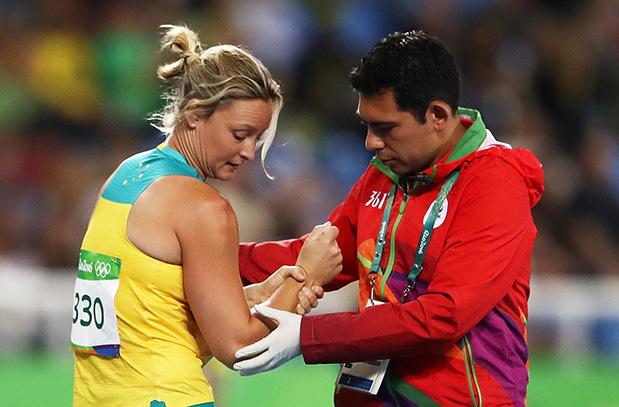 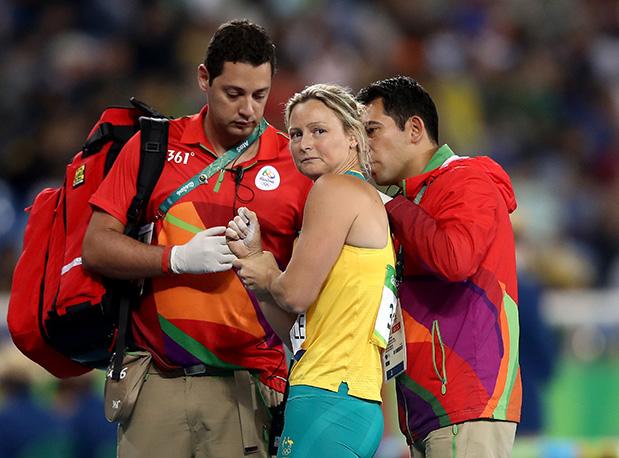 The AOC confirmed Mackle had been taken to hospital for the injury, which occurred to the same shoulder she had reconstructed no more than 12 months ago.

How’s this, though: Even with her arm flapping in the breeze like a wind sock, she still managed to hurl the javelin 57.20m down the field.