Audiences around the globe have been moved by a bloody gorgeous show of Olympic spirit in in truest and purest form at this years games in Rio de Janeiro.

In the women’s 5000 metre final, New Zealand‘s Nikki Hamblin and the USA‘s Abbey D’Agostino both fell to the track late in the second heat.

While both attempted to get up and continue, it was immediately obvious that D’Agostino was injured, and could not walk properly. 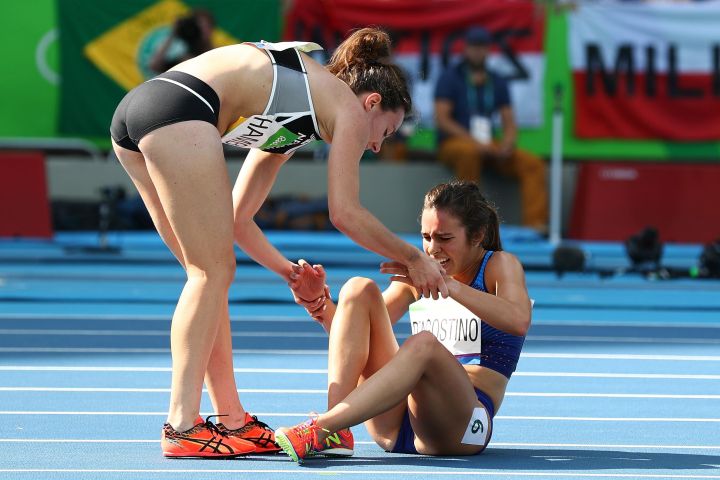 Rather than chasing after the main pack, which was moving away from them at a rapid pace, Hamblin decided to stop, and help D’Agostino.

She waited until her very-clearly-in-pain peer could continue on, and assisted her in finishing the race. 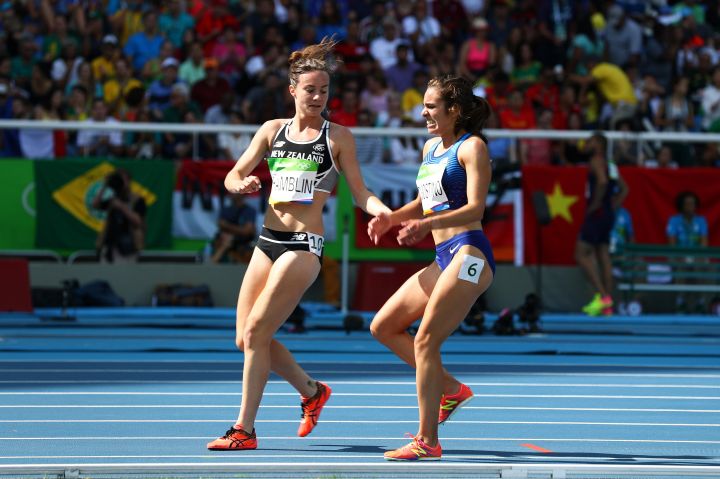 The crowd at the event rose to their feet and cheered as the duo crossed the finish line.

Hamblin told press that despite being injured and in distress, D’Agostino was the one who tapped her on the shoulder and told her that they both had to finish the race:

“That girl is the Olympic spirit right there. I went down, and I was like, ‘What’s happening? Why am I on the ground?’

Hamblin said it was a moment she’d never forget, saying “I’ve never met this girl before, and isn’t that just so amazing, such an amazing woman.” 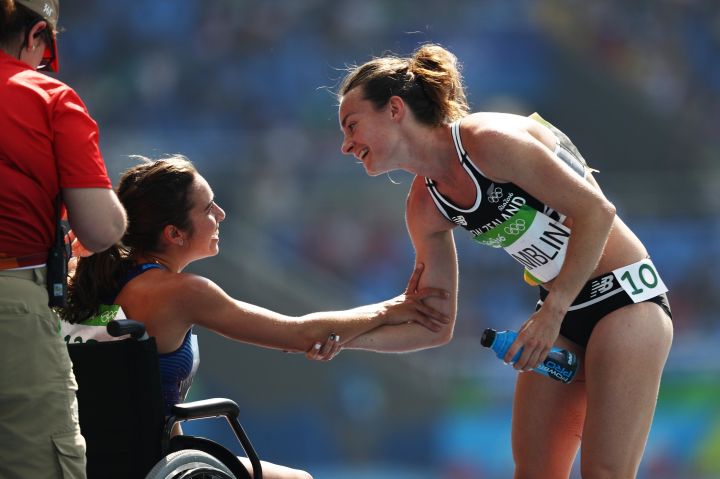 … We lied. We are crying, shuddup. IT’S JUST SO GODDAMN LOVELY.