We’re bringing y’all Super Bowl coverage thanks to our m8s at Coors – game-apropos beer that’s Perfect From The First Down. While keeping you and your m8s refreshed with ice cold Coors is a good start, head HERE for a list of the best Superbowl parties all around Oz. Go on, YOLO it this game day (Monday, Feb 6) and chuck that sickie. You’re gonna need it.

Ahhh the blessed Super Bowl. It is the sporting event to end all sporting events. The big dance. The mack daddy. Ole’ footy bally.

The largest single-day sporting event on the annual global calendar finally has its combatants locked in: the Atlanta Falcons, and the New England Patriots.

Tom Brady will be seeking to avenge Deflategate and take out his 5th Vince Lombardi Trophy, meanwhile Matt Ryan will be keen to cap off an MVP year by christening the glittering new Mercedes-Benz Stadium in downtown Atlanta by with the franchise’s first-ever world championship. Bill Belichick‘s veteran wiles versus Dan Quinn‘s high-octane offence. Two heavyweights slugging it out.

If all that sounds confusing-as-shit, it’s not just you. American Football is notoriously one of the most confusing sports for the casual fan to grasp and understand, and has minute strategic complexities that stretch far beyond the simple “get ball, score” dynamic.

So for those of you who don’t know your wildcats from your shotguns, your nickels from your dimes, or your end zones from your calzones, cease worrying immediately. This handy, totally serious, very comprehensive, and not at all milked for humour-related purposes guide to the Big Game will take you from novice to shouting at the TV with the best of ’em in no time.

There are only two important players in a game of American Football: Two quarterbacks, one from each side. Each team has around 53 players on its roster, but only two actually count. You could lose any number of those 53 and still have a mild shot at winning. But lose one of these guys? Game over.

This is Matt Ryan, quarterback of the Atlanta Falcons. 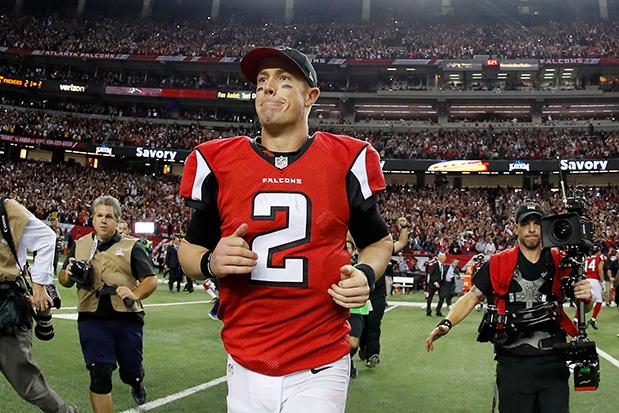 Matt is a plucky, very talented player who has been ably serving the Falcons since getting picked at #3 in the 2008 NFL Draft (even when the Falcons weren’t exactly ably serving him). At 31-years-old, he just played the best season he’s ever played and is more than likely going to be awarded the NFL’s Most Valuable Player award.

It’s taken eight years but he’s finally been given a side good enough to rally around him, and they’re finally feeling some playoff success as a result.

This is Tom Brady, quarterback of the New England Patriots. 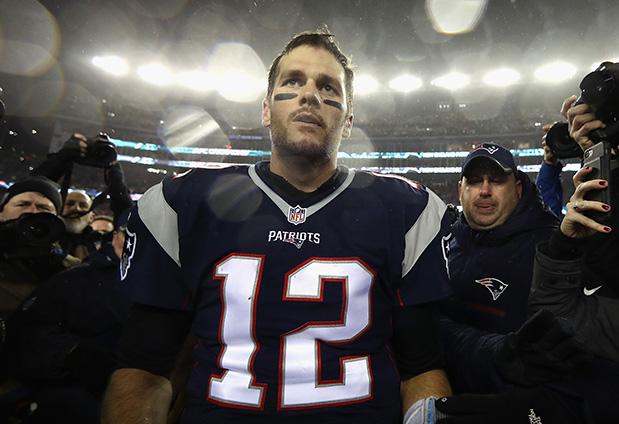 Tom is a 39-year-old vampire who sold his soul to the devil in exchange for an arm made of adamantium. In a dusty attic somewhere there’s a portrait of him slowly getting older.

Tom got taken with the 199th overall pick in the 2000 NFL Draft and he’s been pissed off about it ever since. About a year ago someone accused that he was cheating by having team officials deflate game balls, and he’s been enacting revenge all season by murdering anyone associated with the league not from Boston.

WHO TO CHEER FOR

Not sure whose bandwagon to jump on come game day? Try this on for size:

In a twelve-month period where fairytale, underdog, or breakthrough sports stories has dominated, Atlanta presents as a chance to keep that train a-rollin’. The team formed in 1966, but they’ve only made it to the Super Bowl once: In the 1998-99 season, when John Elway who was – would you believe it – nudging 39-years-old at the time, stomped their heads in all up down the field en route to a Denver Broncos win.

Atlanta’s a hard-done-by town in terms of major sporting championships, having captured just the one title (baseball’s Braves in 1995) in the city’s history.

So if a plucky, up-by-their-bootstraps team bringing glory to a glory-starved town sounds like a narrative you can get behind, back in the Birds. 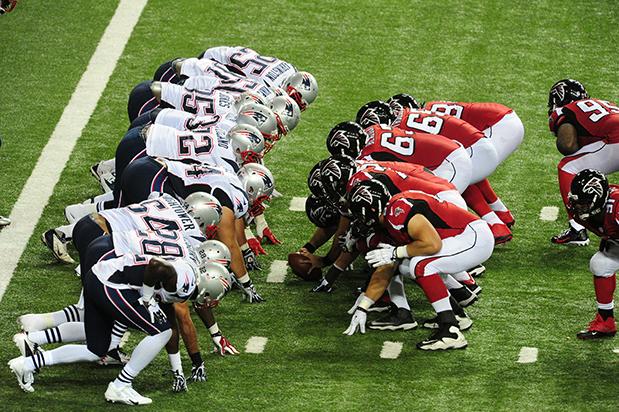 On the other hand, this is New England‘s seventh Super Bowl appearance in the past 15 years, and their ninth overall. That’s the most of any team ever. They’ve won 4 titles, sitting narrowly behind Dallas and San Francisco on 5, and Pittsburgh on 6, for the most Super Bowl titles of all time. They last won a Super Bowl two years ago. In fact, the last time they had a losing season (one where they lost more games than they won) was in 2000.

Boston, despite being just the 23rd largest US city by population, is the home of sporting dynasties. Their basketball team (the Celtics) has the most NBA titles of any team. Their hockey team (the Bruins) has won 19 Stanley Cup championships. Their fabled baseball team (the Red Sox) has won three World Series titles since breaking a famous hoodoo in 2004.

So if you enjoy winning all the time and never losing and thus never truly appreciating the joy of misery that riding sports’ highs and lows brings, then boy howdy are the Pats ever the team for you. 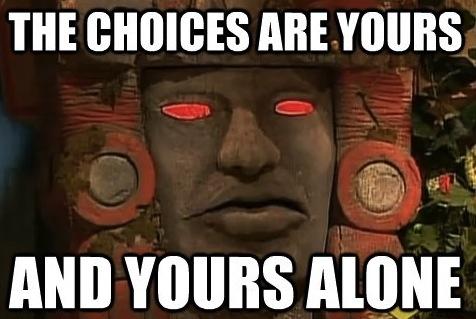 Because the NFL is full to the brim of dumb ass terminology, watching the game can sometimes feel like need the Rosetta Stone to follow things.

Lucky for you, as a card-carrying speaker of gridiron language, I have taken the liberty of preparing a glossary of some important terms for you to pepper in to conversation. Enjoy. 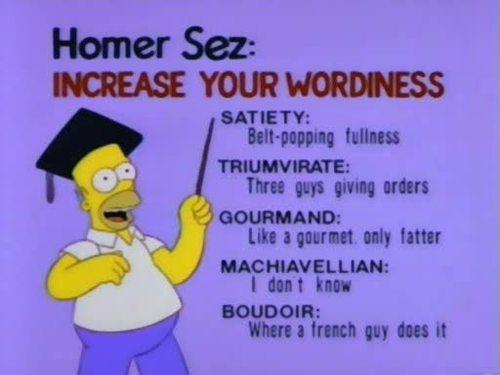 Linebacker: A hulked-up monster with a heart beating like a hummingbird whose sole desire in life is to wreck fools.

‘O’ or ‘D’ line: Big steak-and-taters fed hosses with high-blood pressure who are only considered elite athletes because America is beautiful.

Fumblerooski: Smoke and mirrors. The David Copperfield of plays. Also known as The Annexation of Puerto Rico.

Fake Punt: What your 14-year-old cousin constantly rinses you with in ‘Madden.’

Blitz: When you and a bunch of your mates bum-rush to get past a bouncer at a gig.

Read Option: You ever go to supermarket unsure if you want chicken nuggets or chicken schnitzel and you buy both and decide later but you were glad you had the choice?

Shotgun: The only gun in Texas that doesn’t actually shoot.

Snap Count: Not a running tally of the amount of times you roast your m8 in the group chat.

3rd & 32: Like the credits in a Ryan Gosling film, this drive is over.

What Does The Chart Say?: IT SAYS GO FOR TWO (just shout this whenever you hear the question, it’ll make sense).

Nickelback: Not the band.

Yep. That should sort you out.

WHEN TO THROW SHIT AT THE TV

We all love a good bit of sports outrage, and yelling at the TV is as much a part of sport as the players themselves.

‘Course there’s standard reasons to yell: Touchdowns, turnovers, dropped catches, etc. But when else should you yell at the screen?

This yellow bastard is a penalty flag, thrown by a referee to signal a foul on the play. 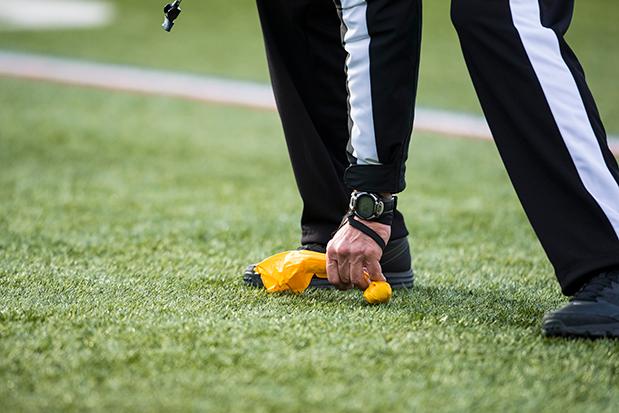 It is always wrong. Its presence should be greeted with the most vicious derision until the jerk ref does the right thing and calls the foul in your team’s favour. Even then, you must agree that it was a weak penalty, but one that you’ll gladly take. If the call does not go your way, it is because the referees are biased and the game is clearly rigged.

Similarly, these red bastards are a coach’s challenge flag, thrown when a head coach wants an on-field call to be reviewed. 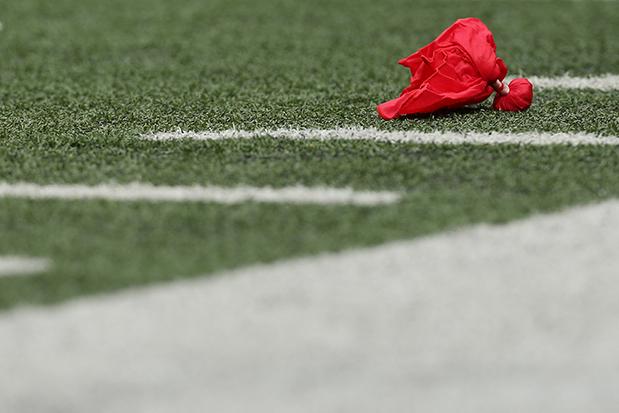 These, like their yellow counterparts, are also always wrong. They are thrown only by incompetent morons who couldn’t coach their way out of a paper bag, and should be treated as such until the coach of your team is proven right, after which he is to be hailed a genius whom you never doubted for a single moment. The opposition coach is always a bastard man no matter the outcome of his challenges.

If Anyone Ices A Kicker

I know, football is a game of strategy, and using timeouts effectively is a big part of that. But calling a timeout mere seconds before a kicker has a ping at a field goal is a dick move and you know it. Grab anything, pretzels, napkins, opposition fans, anything, and throw it at the bad coach on the TV screen. BOO THIS MAN.

But one last thing, which still rates as one of the weirdest things in any sport in the world:

THE SUPER BOWL TROPHY IS FORMALLY AWARDED TO THE TEAM’S OWNERS, WHO ARE EXCLUSIVELY RICH OLD WHITE PEOPLE, RATHER THAN THE PLAYERS 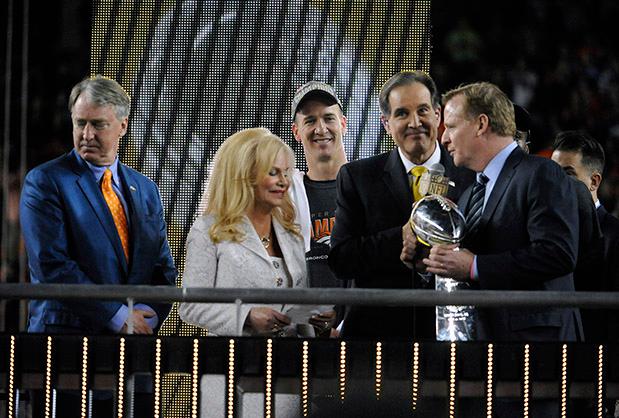 Head HERE for a list of the best Superbowl parties all around Oz. Go on, YOLO it this game day (Monday, Feb 6) and chuck that sickie. You’re gonna need it.