Anyone else utterly exhausted by how upsettingly predictable shit like this is becoming?

In what’s becoming a monthly event for the country, a racism furore has erupted online after photos of a prominent young rugby union player dressing in clear mockery of Indigenous Australians emerged.

Fabian Natoli, who at one point was a rising halfback for the Manly Marlins in the NSWRU Shute Shield, uploaded the photo of himself to his Instagram page accompanied by the caption “every now and again you just need to culturally enrich yourself and get in touch with the dreamtime.” 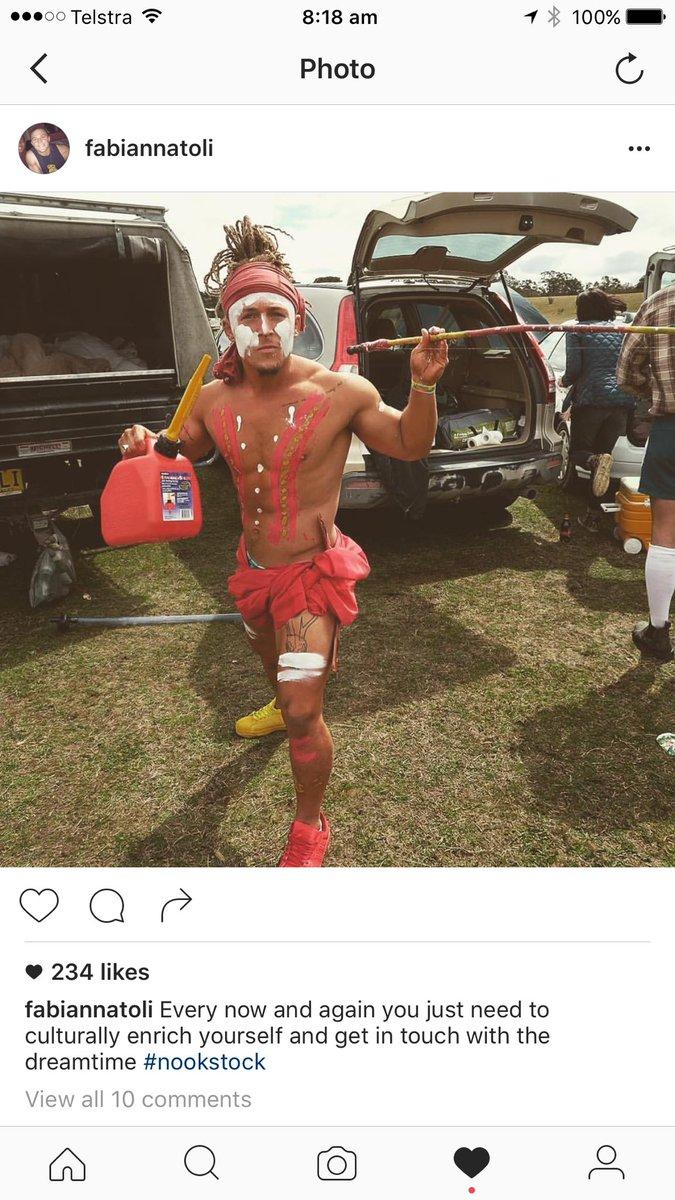 Quite clearly, Natoli is dressed in what’s supposed to be paint imitating traditional Indigenous body paint, whilst clasping a jerry can in reference to the, let’s not mince words here, profoundly fucking racist insinuation that Aboriginal Australians sniff petrol in order to get high.

That is bottom of the barrel stuff, folks.

Briggs, who bless his heart must be rocking a headache that refuses to yield, shared the idiot in question’s photo earlier today, prompting Natoli to go into hiding by turning his Instagram profile to private.

But not before comments on the photo flooded in dragging Natoli for this extremely stupid “costume.” And certainly not before he attempted to back-pedal with a half-baked apology. 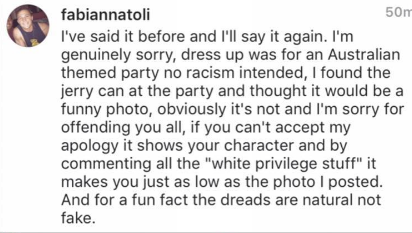 It then subsequently emerged that Natoli has repeated instances of racist language and attitudes on several past Instagram posts, including one where he openly bragged about using the word “n****r” four times in a single post. 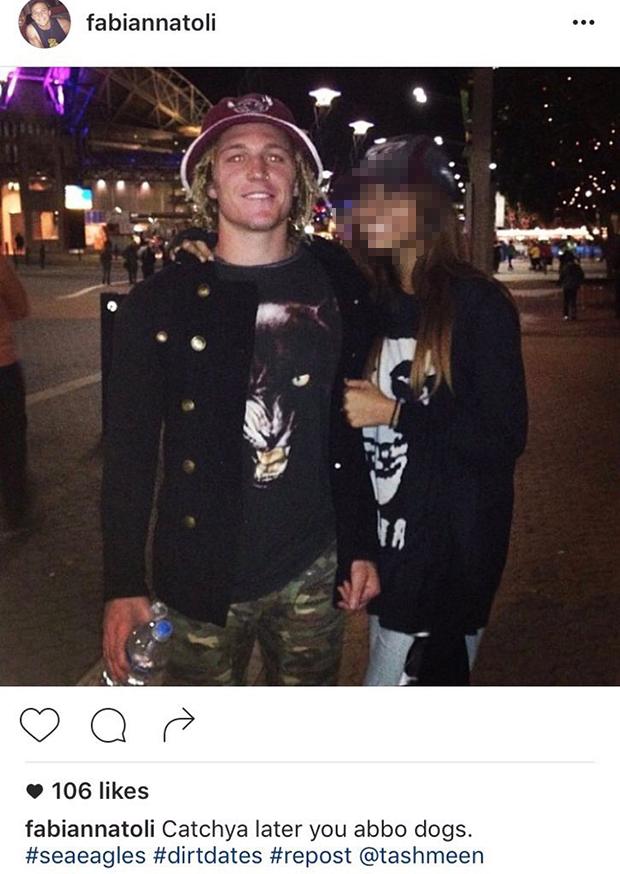 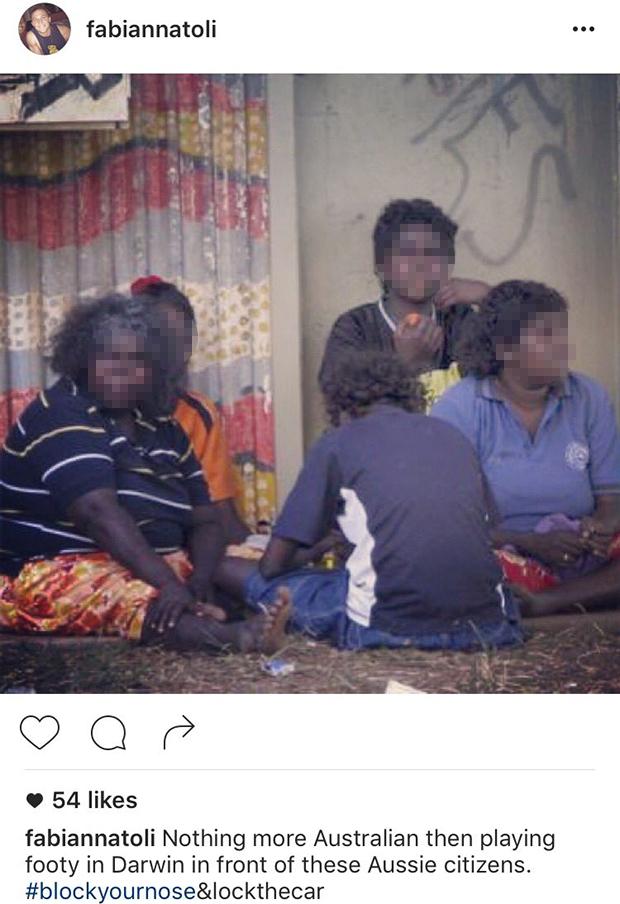 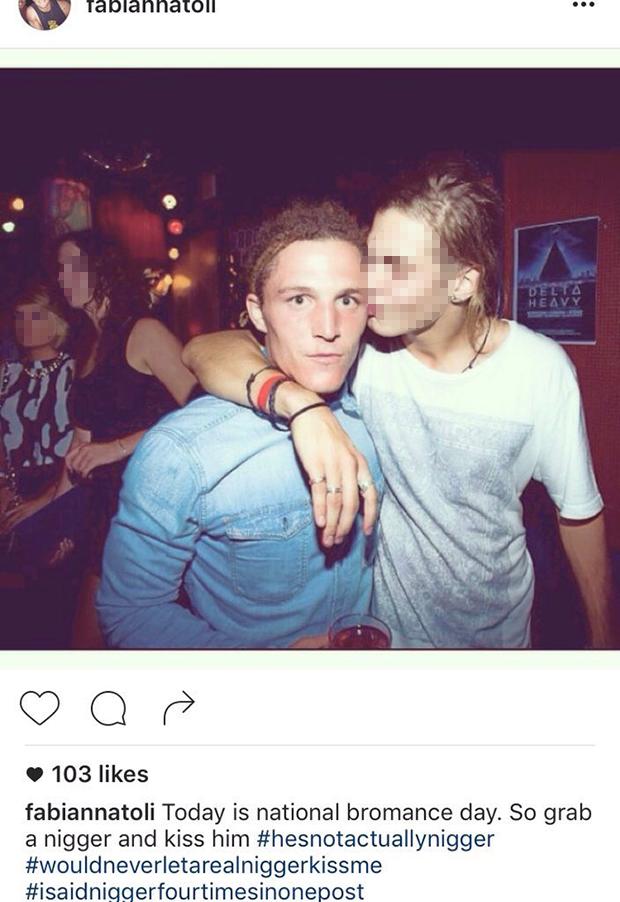 SO THEN. Here we are again, seeking comment from Briggs on this issue from which people are apparently utterly opposed to learning anything from.

Briggs, bless him once again, had this to say earlier:

ATTN Media Outlets: plz refer to last months and the month before that’s quote on Blackface & Racism in Australia.

Fair e-bloody-nough too, we reckon.

ICYMI, this is what Briggs had to say on the issue when speaking to PEDESTRIAN.TV the last time shit like this cropped up:

“Cool, another white dude who gets to decide what black people are and aren’t offended by. These dudes are so sheltered and so privileged; you’re sitting back and saying you need to educate me on blackface? It’s insanely reckless to be talking like that – these kinds of remarks are the telltale signs of this white, paternalistic ideal of race in Australia. It’s like, you don’t have the right to be tell me why blackface isn’t offensive and use history as an example – Australia has its own history of blackface that dates back hundreds of years. So excuse me, *[INSERT NAME THIS MONTH]*, but are you a history major in race relations on Australia? Go fuck yourself.”

And in a slightly more academic take on the matter, writer/badass Nakkiah Lui aired her take (arguably the definitive take) on the issue on triple j earlier this year:

“If a group of people who are the marginalised group, who are still facing racism, who are still facing inequality because of their race, who have to carry the burden of history on their skin and their culture every single day, if they’re telling you that ‘hey, this is offensive to me, it has a loaded history, it’s making me feel uncomfortable, it’s making me feel like a second class citizen’, it’s not up to the dominant culture — and in this situation that’s white people — to say ‘Why? Why is this making you feel uncomfortable? Because it doesn’t make me feel uncomfortable.'”

So yeah nah, Fabian Natoli. Not accepting your apology and commenting all the “white privilege stuff” does not, in fact, make anyone as low as the photo you posted.

What it does do is expose those things you did and said as being profoundly racist, even more so than they were originally, and it certainly exposes behaviour of that ilk to be shortsighted, ignorant, and bafflingly stupid.

And, if nothing else, it forces us to reiterate this mantra for what feels like the millionth time now.