This Aussie Redditor Lost A Cricket Bet, So Filmed Himself Drinking A Glass Of His Own Piss

The hallowed halls of Reddit are a dark and scary place to explore, no matter what your interests may be. Come along with me to r/Cricket, which sounds wholesome enough, but is the starting point to the journey of one brave Aussie chugging down a glass of his own piss. God, I hate it here.

Let me paint the picture, especially for those of you who do not follow the cricket. It was Sydney Thunder against Brisbane Heat in the Big Bash League yesterday, held at Manuka Oval in Canberra. Seems simple, seems pleasant, love this so far.

My boyfriend could probably tell you much more about the game, because he loves watching a good cricket match, but to make a long story short, Brisbane Heat won by seven wickets.

READ MORE
Scott Morrison Wants Politics To Stay Out Of Cricket, Which Is Rich Even For Captain Dumbass

In comes r/Cricket, a Subreddit that follows, well, the game of cricket. Some absolute chaotic unit by the username of ‘hallucinogenie’ decided to comment that if Sam Heazlett wins the game for the Brisbane Heat, he’ll drink his own piss.

And what do you know, Sam Heazlett won the game for the Brisbane Heat, like clockwork. In fact, it’s almost like some wicked God wanted Mr Hallucinogenie to drink piss.

Sam Heazlett played the 'game of his life' to propel the @HeatBBL into the Challenger against the @ScorchersBBL #BBL10 | @LouisDBCameron https://t.co/ZEnd4lvI5K

Heazlett has had a rough time of it all told since he was handed an unexpected Aust debut in NZ in 2017. The talent that caught the selectors' eye then is on show tonight #BBL10

Following so far? I’m getting to the piss-drinking part of the story, but just hold onto your horses.

Let’s move from r/Cricket and hop on over to r/CricketShitpost, which is the home of a lot more depravity and ridiculousness than the very formal and respectable land of r/Cricket.

Hallucinogenie moved over to this Subreddit to follow-up on his promise, which if you look back at, only received 21 points to begin with, so it’s not like there were a lot of people expecting him to do so.

Anyway, here is the post, in which the man quite literally drinks an entire glass of his own urine. The weirdest part is that there is just… so much… and he sculls it all. 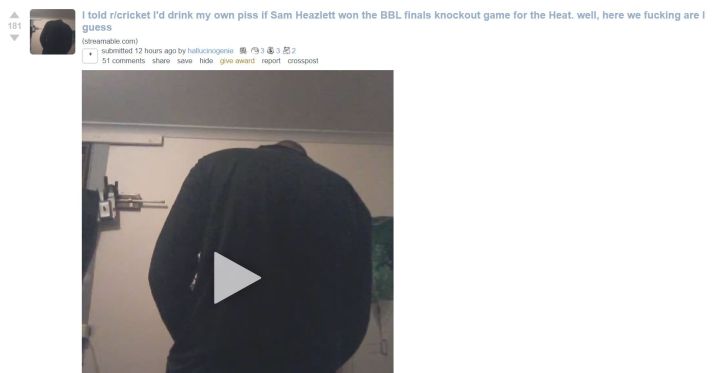 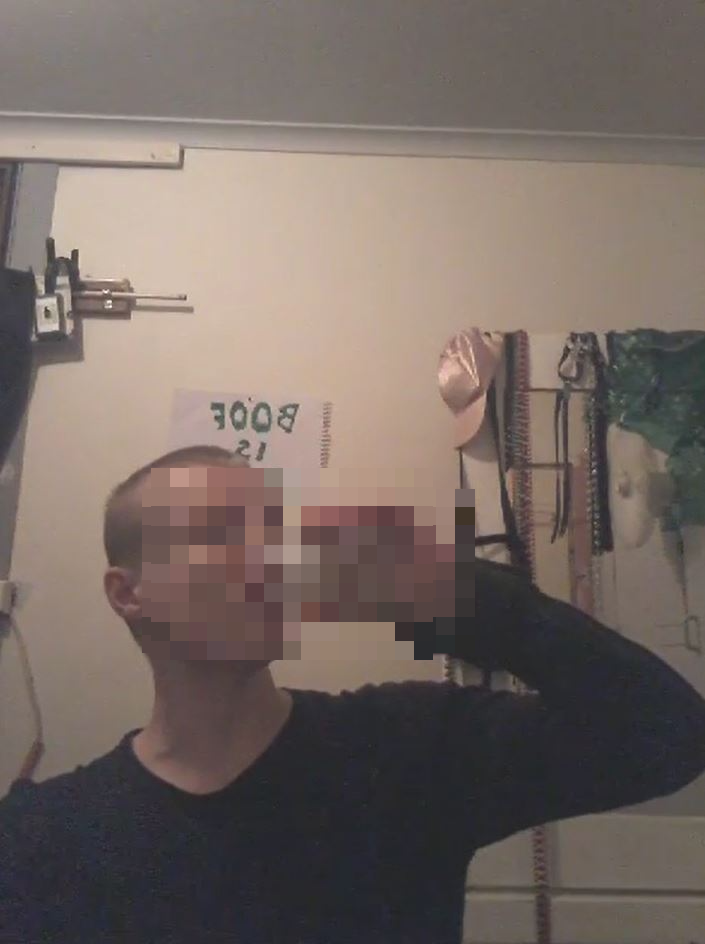 Unfortunately, the video was not as generously censored.

Highlight comments include the following, which truly tickled me:

“I’m no pissologist, but that was one very hydrated-looking wee,” wrote one user.

“Damn what the fuck! This will stay in my memory for fucking long time lol. But my mate you deserve respect!” wrote another.

Look, I don’t know why the fuck you’d wanna watch it, but hey, here’s the link, you filthy animal.