A Man Pretended To Be Deaf To Manipulate A Woman Into Giving Her Number & I’m Done, Folks

A TikTok model has shared the creepy story of a guy who pretended to be deaf to get her number. A new low for men everywhere.

Tabitha Swatosh (@tabishaswatosh) recounted the cooked story in a since-deleted TikTok, which began with her waiting in line at a Starbucks.

She noticed a man staring at her and making awkward eye-contact, which she thought was kinda weird.

“We make awkward eye contact, and he almost says something, but doesn’t say anything,” she recalled.

Then, at a later time, Tabitha went to a friend’s place — and who should show up but the man from earlier. Normally this would make me think I’m being stalked, but Tabitha is not nearly as paranoid as me.

“There’s a knock on the door, and it’s the guy who I saw in the Starbucks line,” she said.

“Turns out, he is a friend of one of my friends.

“He didn’t say a word for 30 minutes. I start trying to have a conversation with him, and my friend leans over and says ‘he can’t hear’.”

It’s at this point that Tabitha felt bad for judging the guy’s awkwardness.

“Now I feel bad, and he is sitting there uncomfortable.

“He shows me his phone, and opens the ‘add contact’ thing, and he types in his notes to add my number so that we can talk.

“He texts me and says ‘I’m sorry it’s hard for me to communicate, but I’ll try the best I can.’”

All of this sounds fine and normal, right? I, too, would give a mutual’s friend my number if he was deaf and that was the most comfortable way for him to communicate with me. Except, turns out he was lying and took advantage of Tabitha’s human decency.

After some back and forth texting, including a flirty comment from the man about Tabitha’s “amazing smile”, the TikTok model went to another party where she ran into the man yet again. And witnessed him animatedly telling a story to a group of onlookers.

“So I walk into this party, and guess who is talking to all these people in this room,” she said.

“The people are talking back, and he can hear fine. I stand back and I’m like, wait a minute.

“I ask one of my other friends, can he communicate and hear fine? And they say, ‘Yeah’. 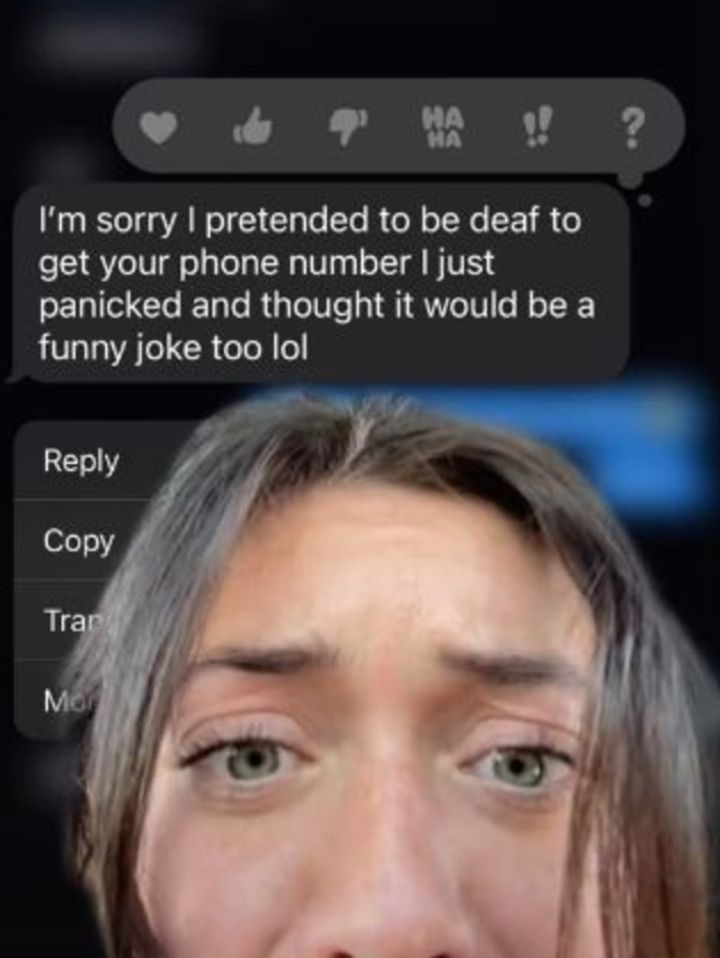 1/3Ladies and gentlemen: the shittest apology ever. 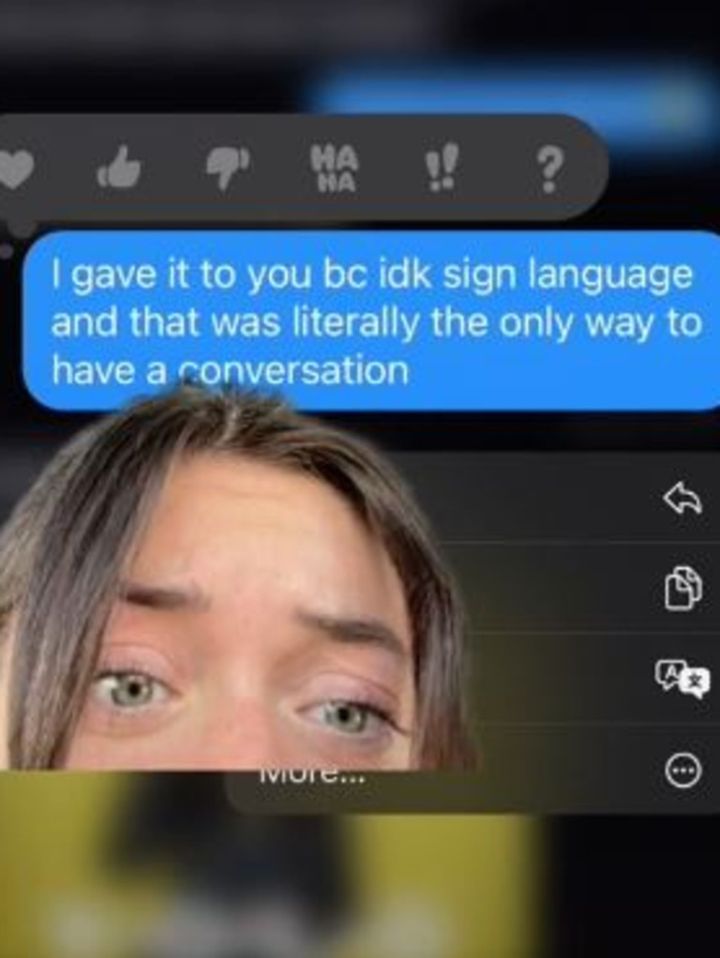 2/3Tabitha Swatosh explained she literally only gave her number because she thought that was the way he would be most comfortable communicating as a deaf person. 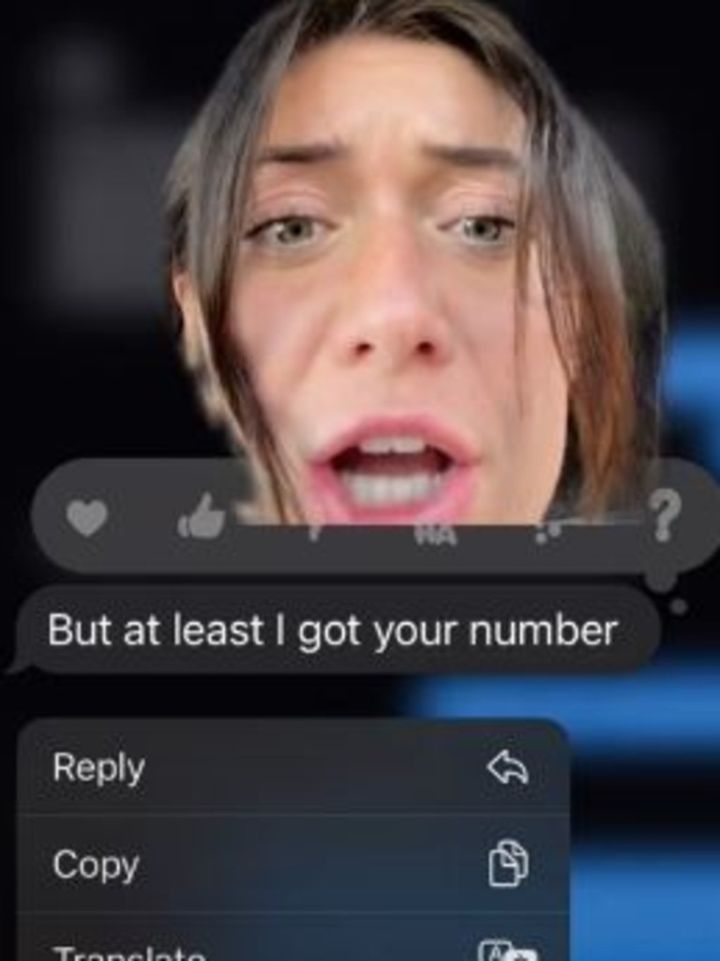 Tabitha described the man as a “deer in the headlines” before he profusely apologised for lying to her.

“He said, and I quote, it was an easy and smooth way to get my phone number because he was shy,” she said.

Tabitha also called out the mutual friend who aided the man in his plan, who also said they did it because he was shy.

While both were apologetic, it doesn’t look like they actually regretted it — the man in question maintained that “at least I got your number”.

Can men just stop? Like all together? Just cease. Enough. No more