As we get deeper into this season of MAFS, it’s becoming especially clear how Mitch‘s reactions are having a profound impact on Ella‘s confidence. Knowing we’ve still got weeks left for this to get even worse, it’s bloody hard to watch. Not just for Ella, but because so many people watching can relate.

While things looked promising for these two at the beginning – where they appeared to have a lot of fun and root like Duracell rabbits – it didn’t take long for their relationship to unravel.

Mitch consistently gets pissed off whenever Ella expresses her wants, needs or general feelings.

During intimacy week, Mitch called the kissing task “stupid”, “pointless” and “ridiculous”. He declined to take part in any way even after she expressed she likes affection in a relationship.

Ella later defended Mitch in an interview, saying that they had a good talk off-screen. It’s obviously good that they discussed it later, but the initial response was still concerning and enough to make anyone feel like they need to think twice about what they say or do.

This was perhaps a soft launch into what we’d continue to see from Mitch during the MAFS experiment. Take the following dinner party, for example, where Mitch got unnecessarily aggressive towards Ella for wanting to know whether or not he saw a future with her.

“We’re two weeks in. Who knows? Who fucking cares to be honest,” he said.

“Well I care,” she replied, before expressing that she needs more reassurance in the relationship. He continued to treat her feelings as not only an inconvenience, but her fault.

“Well that’s your own fucking problem for being insecure,” he told her. 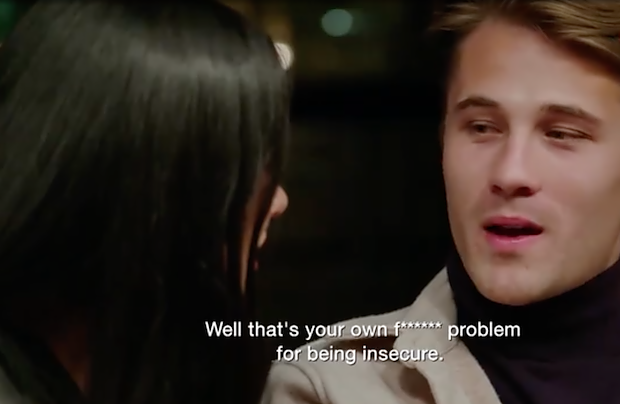 Ella wrapped up his agitation by saying, “Point taken.” It was the start of her repressing her feelings after being made to feel like she was overreacting.

The icing on the cake was when Ella told the MAFS experts during the latest commitment ceremony that she didn’t feel good enough for Mitch. He was upset while front and centre on the couch, but later accused Ella of making him look like the bad guy.

She was made to feel like it was her fault for expressing her feelings. For talking. For doing anything other than what he deemed appropriate.

Not only that, but he was also pissed off because he didn’t feel like it was clear how Ella was feeling before then. This, after she literally told him she needed reassurance at the dinner party and he arced up in response.

Mitch: invalidates Ella at every opportunity and shoots down her feelings. Also Mitch: I don’t know why she’s never brought up her issues with me! #MAFSAU

His response was to leave her and the experiment.

He then returned to tell her that he’d give it another 48 hours in some kind of last-ditch effort. 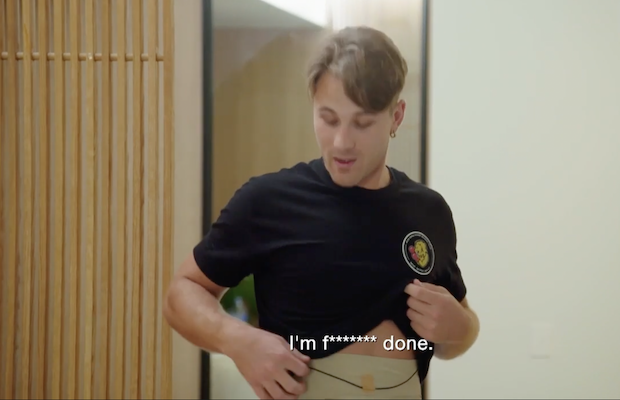 Overreactive behaviour to conflict is enough to make anyone nervous to put a foot “wrong”, but add an ultimatum or time constraint to the mix and of course you’re going to consistently be on edge.

The result of this dismissive and gaslighting behaviour has clearly made Ella recoil. When Mitch met Ella’s parents via FaceTime, they were quick to notice how Ella’s confidence appeared to have shifted. The worst thing was, it looked like Ella was worried about the reaction Mitch might have about her parents’ opinion.

Ella looks terrified because she knows she will be punished for this. This is absolutely disgusting. #MAFSAU #MAFS #MarriedAtFirstSight

Ella explained that the reason she’s acting differently is because she’s never met anyone like Mitch. It feels like she’s scared of losing him.

Which he had made a reality, and then threatened to do again. And he continues to bring it back down to her – what she’s done, what she needs. 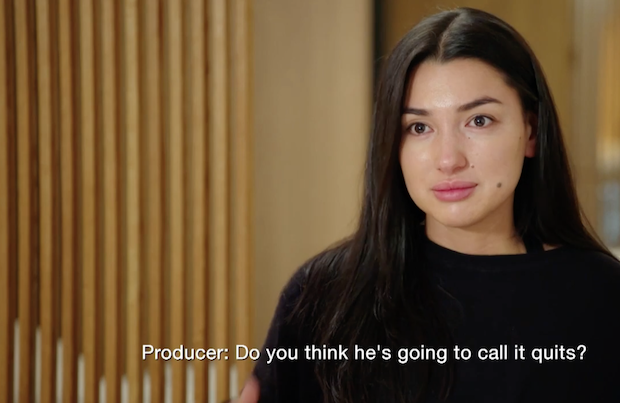 So where does this leave Ella?

Probably scared to say or do a fucking thing – that’s where.

Of course she’s not going to be her normal bubbly self if that’s met with Mitch getting agitated or threatening to pull the pin. Every time she speaks up she is made to feel either needy, insecure or as if she’s reading too much into things.

She’s in a major trap of conflict avoidance. Even when Mitch left her, she just sat there, likely nervous that if she said anything, it would conjure up even more of a reaction out of him.

We’ve seen it before with Bryce and Melissa last season, where Melissa was worried that if she expressed her concerns with Bryce’s behaviour, that he’d leave her.

The issue here is that Ella doesn’t trust Mitch’s reactions and doesn’t feel emotionally safe to be herself.

So many people go through this in relationships. Where they feel like they can’t do anything right, and when what they assume to be normal behaviour is met with criticism or blame.

I don’t know Ella from a bar of soap, but it would be a completely natural response to have been upset towards Mitch for dismissing her needs or leaving her at the drop of a hat.

But that’s not we saw, and I’m guessing it’s because she was worried about another disagreement that would push them further away from each other. Being in this situation can make you anxious for the outcome of voicing your opinion. 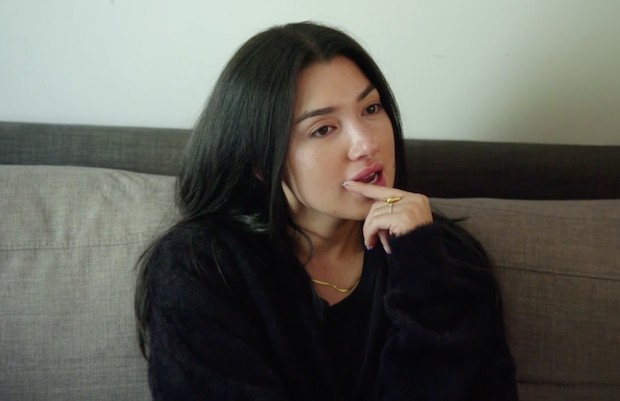 When you’re in a relationship like this, it can feel easier to just let them have it – let them win – and move forward. You can feel defeated, deflated and like there’s no point saying how you feel because it’ll be dismissed in one way or another. Or it’ll become your fault.

But it’s hugely problematic because you become less and less the person they were attracted to in the first place, but more importantly because you lose yourself in the process.

You’re no longer standing up for yourself, no longer voicing your opinions and no longer holding your own needs with a high priority.

But, as with any toxic relationship, it can be hard to see what you’re experiencing until you’re out of it.

Chantelle Schmidt is a freelance writer. You can find her on IG here.