Ok, so lockdown is officially happening. It leaves many people of my species (the single and unloved) high and dry (literally) without any options for IRL sex. The single community of the PLANET are about to have a collective dry spell, which feels kind of comforting and communal, I guess.

There are a a lot of uncertainties right now but if there is one thing I can guarantee about this isolation season, it’s that a few hundred million dick pics are about to be sent through the stratosphere. Phone companies, prepare your networks – I hope you can handle our loads.

I’m going to really put myself out here by saying I like receiving dick pics, I request them from guys I have a sexy ting going with (not ones I didn’t ask for, don’t send your dick to someone who didn’t ask for it, k? k) but PSA: Millennial men. Considering you’re the generation that pioneered the dick pic, you really haven’t perfected it yet.

Folks, here is a round up of the 9 types of dick pics you might receive this isolation season. Don’t get me wrong I have received amazing and shithouse versions of all the following, but they are ordered from my fave to receive to ‘don’t bother’.

1. Side On Erection Shot

The most common for sure. Best described as the Death Grips ‘No Love Deep Web” album cover, if you wanted to do a quick Google image search. Quite confronting, but honest I guess – no “balls and whistles” (thanks). If there is dry skin or imperfections, they are exposed in this shot, particularly if the flash is used. I’ve defs seen a herpe or two in a DM pic like this before. Manscaping does not seem to be of paramount importance to the senders of the side on erection shot. But when its good, it’s fucking magic.

3. Out Of The Shower Dick Pics

Most of these are taken in the bathroom mirror. The trick I see here is hiding the tip of your dick behind the bathroom bench, leaving it up to my imagination how long it is. But we know you have gone out of your way to optimise the length here.

Other out of the shower ones can be straight down the body, a POV from his perspective shot like like we just got Freaky Friday body-switched and went straight for the dick. Which I probably would do.

Otherwise known as the “Jason Derulo“. As far as dick pics go, this one is a pretty mysterious dick. It relies on a dick imprint in underwear or sweat pants, sometimes the guy holds it like a sushi roll to emphasise the outline.

The venn diagram for this sort of dick pic and dick pics with the word “sup” attached would really just look like a single circle. This sort of pic will only work if he is hung like Derulo, otherwise I guess they risk looking like an accidental shot of a lap, which would elicit zero response from anyone.

(Not a traditional boomerang, although that sounds intriguing).

Clever when not terrifying. Boomerangs have been adopted by girls clinking champagne glasses on Instagram but after receiving a few guys jerking it in a boomerang, I’ve become convinced that this may have been its initial purpose.

I received one that looped perfectly. It looked like he was jerking forever, and in a way he is.

This is when a guy takes a dick pic with an object in it to help you gauge the size. Typically a water bottle, or a ruler. If I was going to send a dick pic to someone, I think I would take it next to one of those Coles mini’s, something a bit like this: 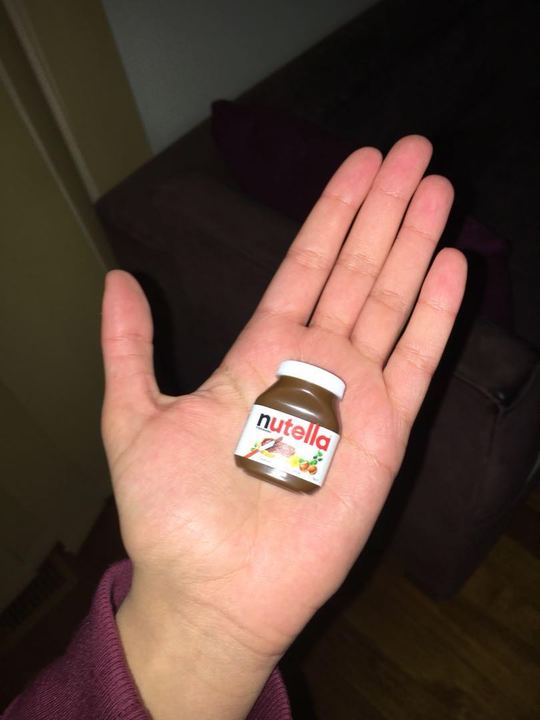 Dick comparison guys are desperate to impress you, they are likely to have Googled pick up artist tactics at some point. When taking dick pics, it’s seems to be the one time guys want smaller hands. They clench their hands into a tiny fist and put it halfway between their frank and beans to make their dick look like it’s longer.

I think I have this one figured out and I’ve seen it heaps recently. My guess is they turn their phones upside down, camera at ball level, take the pic, then rotate the image vertically and you can have one pretty big looking dick, plus massive balls.

Did you know if you ‘save’ the dick pic, and open it in your photos app, it will give you the date the photo was taken? Well, now you do. I urge you to do this if you like what you see.

Many dick pics I am sent are a good few months or years old. It’s their prime dick shot they are be most proud of. Every girl has a favourite photo of herself, you know the one. Men have the same with shot’s of their dicks, they know the one.

9. The FaceTuned Dick/ The Filtered Dick

These dick pics have provided me the most lols. You might have been sent one before and just not known it. I now look for bends in the walls or distortion in the carpet. These dicks are GIRTHY and unnaturally long. I once replied to one with “Hey” after thinking it was real, but after examination of my screenshot the round brick on the wall in the background suggested it may have been too good to be true.

The filtered dick (feel free to use that as your podcast title) is a dick that doesn’t look exactly HD. I think most guys use the ‘Paris’ filter, which makes them look like sussly smooth willies indeed. Once I received a sepia dick, as if it came from old western times.

READ MORE
"Can I Still Bone My Boo If I Don't Live With Them?" And More Social Distancing Qs Answered