While we’re at peak Winter here in Australia and every coat, sweater and scarf is currently attached to our person, former One Direction singer Liam Payne is getting his rig out on a yacht in Cannes, France and I’m not jealous, YOU are.

Lucky for us thirsty fans, sneaky paps snapped photos of the 24-year-old having a bit of a boogy as he showed off his studly body while spending the weekend on a private luxury yacht with friends.

Cop the glorious images for yourself HERE. Trust me, you won’t regret it.

Liam Payne put his hot body on display while showing off his dance moves on a yacht! https://t.co/R1CRqYmhKe

The father of one year old Bear Payne shared snaps from the glorious occasion via his Instagram, stating that he’s currently in “holiday mode.”

“That feeling at the end of the day,” he captioned another pic and same. 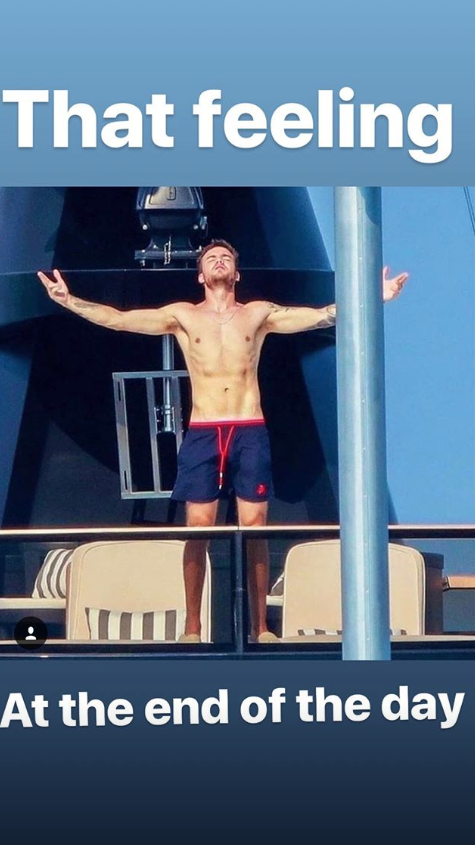 Payno’s little jaunt across France comes just weeks after he and Cheryl Cole confirmed that they had called it quits.

Payne, who is nine years younger than Cole, shared the following tweet about their split:

Cheryl and I are sad to announce that we are going our separate ways. It's been a tough decision for us to make. We still have so much love for each other as a family. Bear is our world and we ask that you respect his privacy as we navigate our way through this together.

A pal also confirmed the news via The Sun.

“Cheryl and Liam worked really hard on their relationship – they had troubles earlier this year and were able to get through them.”

“But they’re in different stages of their lives and, after a lot of careful thought, came to a decision that it’s best for everyone if they do go their separate ways.”

“He still cares for her and she cares for him. They still have an ongoing relationship together. They have a baby together.”

“Both Cheryl and Liam have successful careers that take a lot of time, which didn’t always make things easy. There were ups and downs for a long time.”

Payne appears to be relatively unfazed about the split, tbh, and has thrown himself into work and play.