Justin Bieber publicly criticised the new custom convertible JoJo Siwa, YouTube sensation, scored from her parents via West Coast Customs for Chrissy earlier this week, sparking off what may or may not be a bitter rivalry between a 15-year-old teen star and a 24-year-old former teen star.

The car is tbh deeply distressing to look at, Siwa originally posting it to Insta on December 23.

WHAT IS THIS MONSTROSITY.

But the Bieber-Siwa beef (that’s fun to say out loud), kicked off when West Coast Customs reposted the shot three days ago, leading Bieber to be rather well, impolite in the comments.

But if anything, Siwa is fkn leaning into Bieber’s criticism, posting a series of “burn it” jokes on Twitter, one spurred on by internet criticism of her singing Queen‘s ‘Radio Ga Ga‘ at karaoke.

wow people are actually really mad at me for singing a queen song at karaoke….. like really mad. burn it.

And today she got her hands on a retro Bieber cutout and captioned the shot “burn it“.

Wanna know what Siwa’s latest Insta Story is? A bus full of people singing Bieber’s ‘Baby‘, with Siwa getting the most into it. That bubblegum girl ain’t even mad. 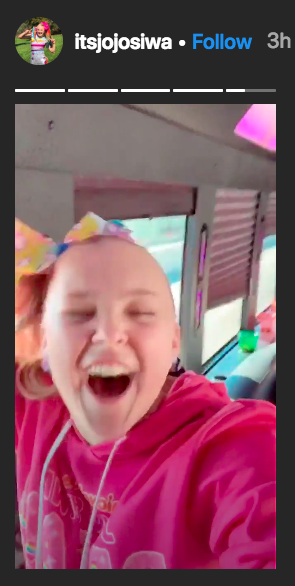 With the realisation that he was maybe being a dick by going in on the taste of a teen girl, Bieber tried to make peace with Siwa on Twitter earlier today – BEFORE Siwa’s cheerful ‘Grams: “I have nothing against you it was the car and the colours I didn’t like I really hope you didn’t think it was malicious or mean spirited“.

Siwa has accepted Bieber’s apology, overcompensating for his lack of full stops with a coupla enthusiastic exclamation marks: “it’s all good bro! you can perform at my 16th birthday party and we’ll call it good!“

it’s all good bro! you can perform at my 16th birthday party and we’ll call it good! https://t.co/xe94SQcjbD

We can safely assume if that happens – PLS LET IT HAPPEN BIEBS – Siwa will post the footage online. Catch you May 19 for Siwa’s sweet sixteen.