Good news, folks, we have some fresh screenshots and video from the upcoming remaster of the Spyro trilogy for your beady little eyes to feast on. These have been provided exclusively to Pez, so this is the first place you’ll see them. As you can probably tell, we’re pretty big fans.

The pictures and videos show a before and after view of the game, showing just how good a job the Toys for Bob team have done on the trilogy, not to mention how far gaming technology has come in the 20 years since Spyro’s debut. Honestly, look at this shit. LOOK. 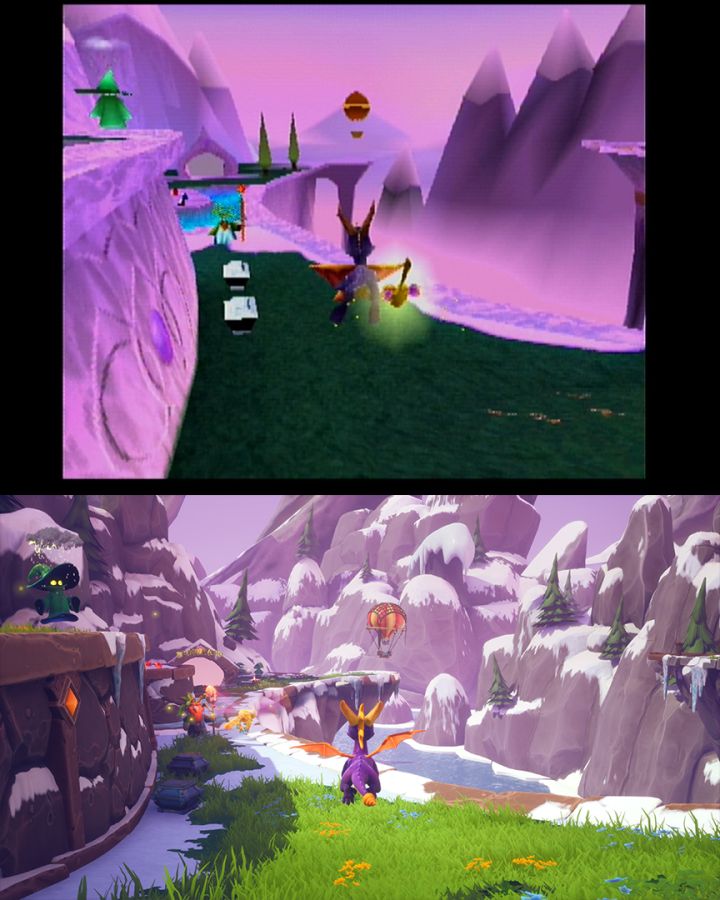 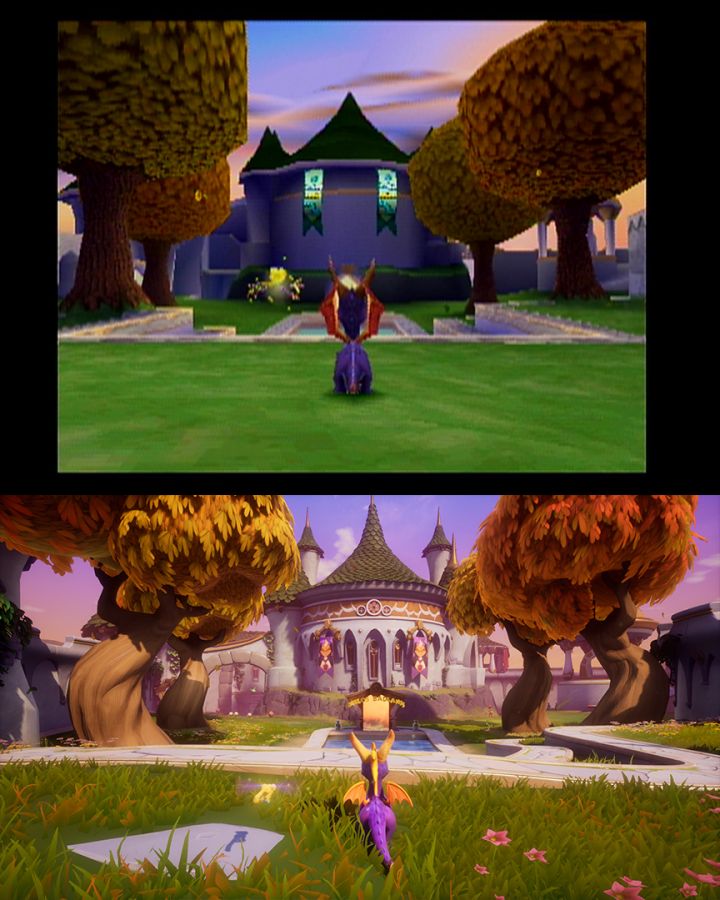 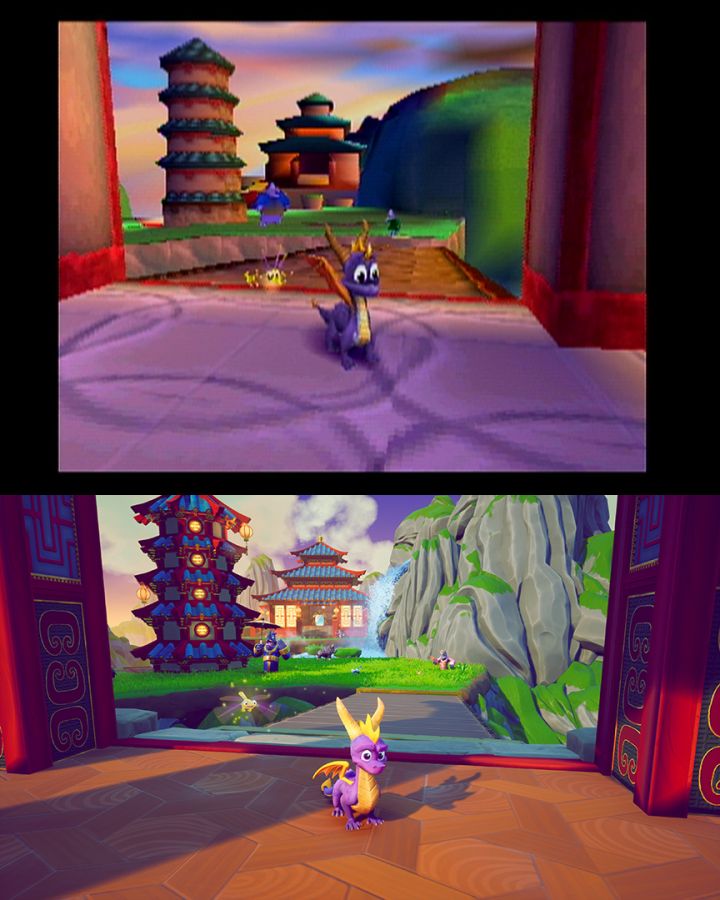 As you can see, the team have stayed true to almost every aspect of the game, right down to enemy, and even gem placement throughout the world. Having given the game a quick spin a couple of times now, I can tell you it all handles like it did 20 years ago, just way smoother and, of course, easier on the eyes. Keeping it as an authentic experience is also something that’s very important for the folks working on the Reignited Trilogy.

“When we were younger playing these games, our imagination filled in a lot of the details,” Toys for Bob co-studio head, Paul Yan, said during an E3 demo. “So getting back to that richness and putting in the individual blades of grass where [originally] it was just a flat surface and a painted on texture, now actually rendering it and making it interactive, having it burn when Spyro does his flame breath, even fleshing out the rest of the background so that you actually get a richness to the world that was never actually there.”

Check out some actual gameplay footage of the title below.

And another one below.

Looking good, huh? You’ll be able to give it a whirl for yourself on November 13 on either Xbox One or PS4.