Check Out The Noggins On This Adorably Polycephalic Turtle Hatchling

In much the same way that nature abhors a vacuum, nature just fucking loves throwing up a surprise. You think you’ve got a pretty solid handle on what a turtle is like and then — boom — all of a sudden nature throws you a curveball with a two-headed one. 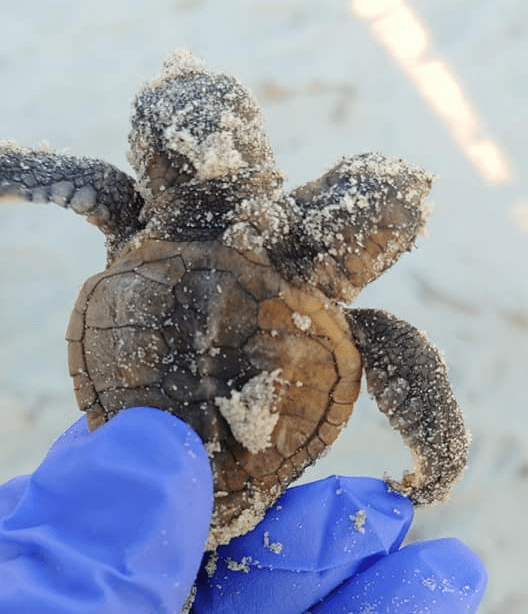 This double-bonced little fellow was found last week by a member of the Sea Turtle Patrol on South Carolina’s Hilton Head Island. Jayme Davidson Lopko came across the cranially-blessed hatchling while doing an inventory of turtle nests on the island, saying in a Facebook post that it was the second time in 15 years that she had ever seen a polycephalic turtle hatchling before.

According to the Sea Turtle Patrol, the turtle(s) was/were dubbed Squirt and Crush, after the turtles in Finding Nemo. The turtle was having trouble crawling thanks to its malformed shell, but was released into the ocean where he will be “on his own just like his brothers and sisters that came from the nest and like they have been doing for millions of years“, according to Lopko.

Polycephaly isn’t super common in nature, but it does happen from time to time in animals like snakes and sharks. If Squirt and Crush / SquirtCrush managed to survive out into the open ocean, it prompts all sorts of weird and wonderful questions: Are they one turtle or two? Which one of them is steering or is it done by committee? What happens if they can’t agree on something? If Squirt commits a crime, should Crush also have to go to jail?

You can look at a video of this beautiful, fucked up mistake of creation below: