I don’t mean to alarm you but I have just discovered an adorable dog with a human-like face and I simply must share him with you.

Meet Nori, the adorable toy ‘Aussiepoo’ mix that has won the internet’s collective heart with his creepily human-like facial features. 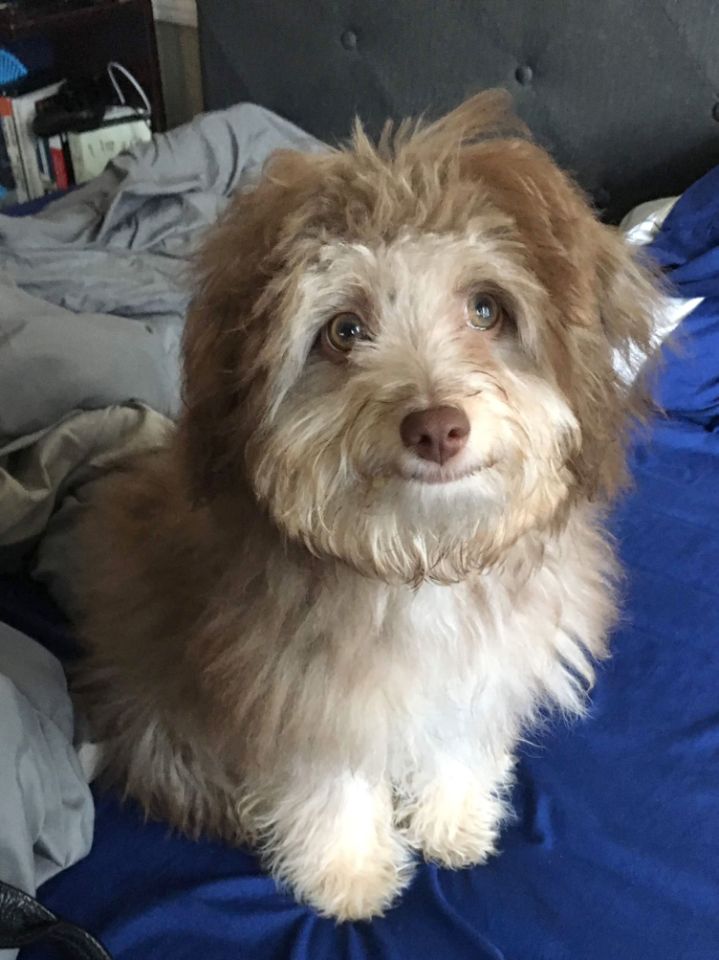 That’s not a dog, it’s a human trapped in a dog’s body and you cannot convince me otherwise.

I know, Aussiepoo is up there with the dumbest dog breed names of all time, but that’s not the point. The point is, he looks like people.

“We usually hear that it is his eyes that creates the human look, and I tend to agree.”

Nori lives in Seattle with his parents Kevin Hurless, 33, and Tiffany Ngo, 34, where he has become quite the local celebrity for his gorgeous face. They’ve even gone so far as to make him an Instagram account to keep his followers up to date with his life.

He has also gone viral on Twitter, thanks to a little help from the beloved WeRateDogs page that has changed my life.

This is Nori. Found him in our bathtub. @HurlKevlar @dog_rates pic.twitter.com/GnUBwbD3gb

Honestly, I’m losing my mind over his big, almond-shaped eyes, pink lips and cute smile. This dog looks more like a human than some humans do. 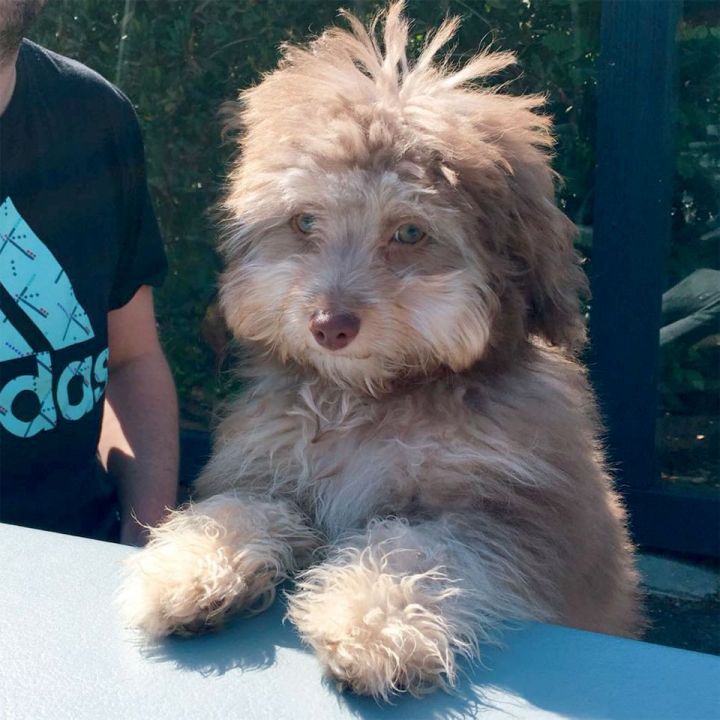 Nori looks like that Snapchat face-swap filter IRL and I’m living for it. Give this dog his own reality show. Give him the whole damn world.

“When he was a puppy, we couldn’t go more than a block without someone stopping us to ask questions about him,” Kevin said. “It has become less frequent as he’s gotten older, but we still often hear about how human his face and eyes look.”

And if that’s not enough to make you fall in love with this adorable pooch, he’s also a friendly boy, according to his dog-parents Kevin and Tiffany.

“He loves all people and dogs that he meets, and just wants to be friends with everyone.”

I cannot. I simply cannot with him. If anything bad ever happens to this dog I will need to take extended leave from work because I am deeply emotionally invested in him.

Give him the keys to the city. Nori for President. 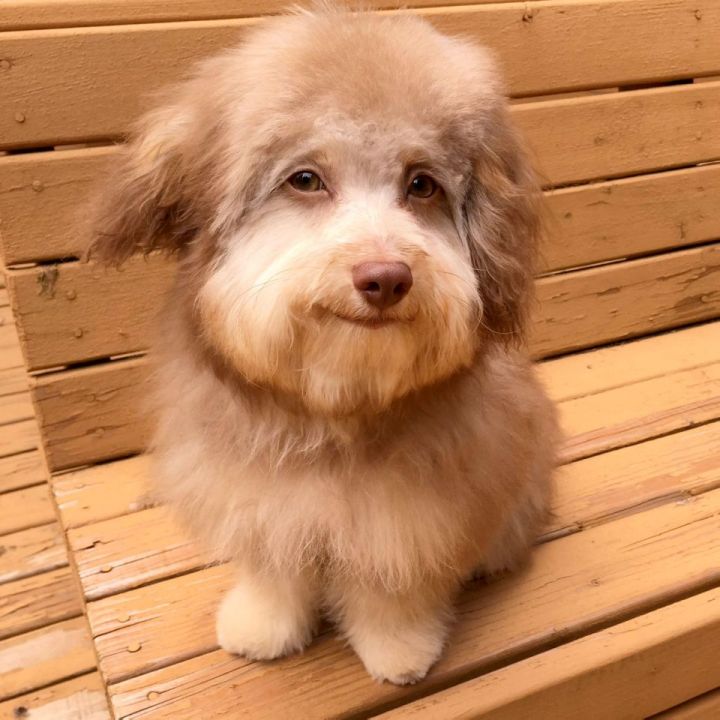 READ MORE
This Woman Quit Her Job To Search For Her Missing Puppy, So Crown Her Dog Mum Of The Year
READ MORE
Tennis Ball-Inspired Treats Now Exist For Pups Who Eat Fkn Anything When You're Not Looking