In a collaboration that nobody saw coming, Olympian and TikToker Sam Fricker has teamed up with *checks notes* former PM Scott Morrison for an absolutely cursed video.

Originally posted on Monday, the TikTok shows the 20-year-old diver “hitting The Woah” alongside Scomo who looks like he’s just woken up from a three-hour nap.

And, knowing Scomo’s work ethic, he probably has.

For anyone who (like me) has suppressed the trend of “hitting the woah” as far down into their memory chasm as possible, allow me to provide a refresher.

According to Know Your Meme, The Woah was invented in 2017 by a bloke called DJ Dangerous.

It slowly and surely gained steam in the years following before peaking in 2019 after a TikTok by Ocean Angela hitting The Woah in various settings received over 600,000 likes.

what happens when you’ve been on TikTok too long… | IG: oceangela #comedy ib @carolinegmillerr

♬ Skateboard p by Elijah Who – .

Now, back to the task at hand.

The interaction was so off-putting we included Frydenberg’s account in our list of the worst Aussie political TikTok pages.

My TikTok debut – who better to do it with than the TikTok fan favourite, Bazlenka! Believe it or not, I once had a head of hair a little like Bailey’s many years ago! #bazlenka #auspol #westernbulldogs #afl #kooyong

Sam’s clearly a lovely chap so it’s baffling that he would take time out of his day to lend some of his good vibes to a wildly unpopular ex-PM.

There’s no trace of a paid brand sponsorship and no suggestion that the video was shot for a political party.

So we, along with everyone in the comments section of the upload have been left scratching our heads. 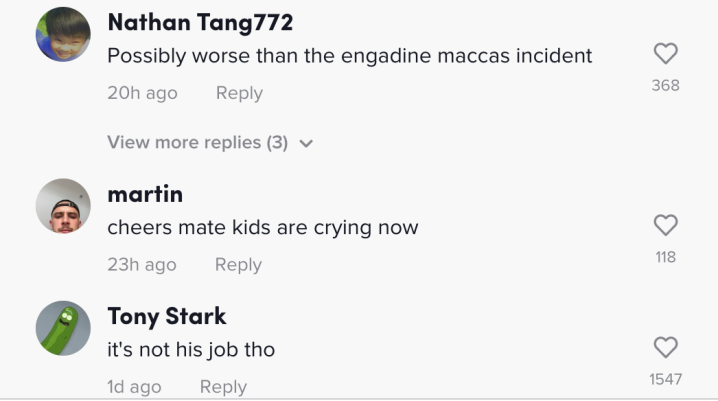 Since Scott Morrison was booted out as PM, he’s still managed to make headlines for all the wrong reasons.

In August he was spectacularly shut down by PM Anthony Albanese over repeated comments regarding the multiple ministerial jobs fiasco.

Then in October he joined Worldwide Speakers Group (WWSG) as its latest professional lecturer and his bio was objectively some of the funniest literature we’ve ever read.

Oh, and lastly, here’s what Australian taxpayers are forking out for Scomo on a yearly basis. It’s a truly frightening number.