I have good news and bad news.

YouPorn’s user base is primarily made up of males. Men, of course, are statistically more likely to not seek help for mental health issues they face. So yeah, I get it.

CEO of BuddyHelp, David Braun told Mel Magazine “Men are far less likely than women to seek professional support and are also less likely to disclose a mental health problem to friends and family. This is an excellent opportunity to raise awareness for the resources that are available.” 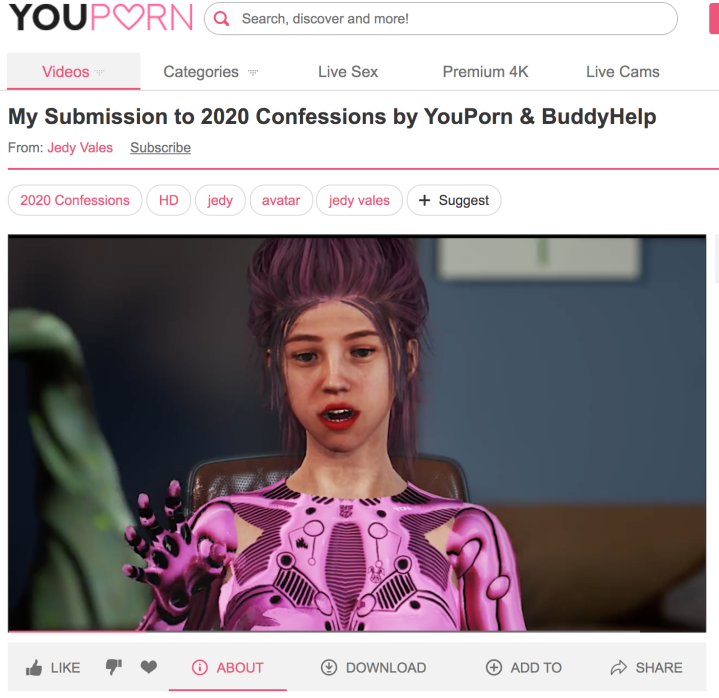 I’m keen to watch this space over the weekend. You can check out 2020 Confessionals, or even upload your own video here. (That link is SFW).