Yesterday in parliament Prime Minister Julia Gillard conducted eviscerating verbal surgery on Tony Abbott after he motioned for House Speaker Peter Slipper to stand down after a series of sexist (and disgustingly juvenile) text messages sent by the Speaker were brought to light.

In one of the all-time brilliant acts of parliamentary deflection, instead of directly defending Mr Slipper’s indefensible actions, Gillard used her response to illustrate the hypocrisy of Abbott’s claims, complete with a comprehensive shopping list of very specific examples from throughout Mr Abbott’s career in politics. Mr Slipper ultimately – and quite appropriately – resigned at the end of the day, but Gillard’s bravura soliloquy (while hypocritical in its own way) made international headlines. Here are a few of them…

The Spectator journalist Alex Massie writes, “…no matter what you think of her politics – there’s much to admire in the manner in which Julia Gillard, the Prime Minister, sets about Tony Abbott, the leader of the opposition.” 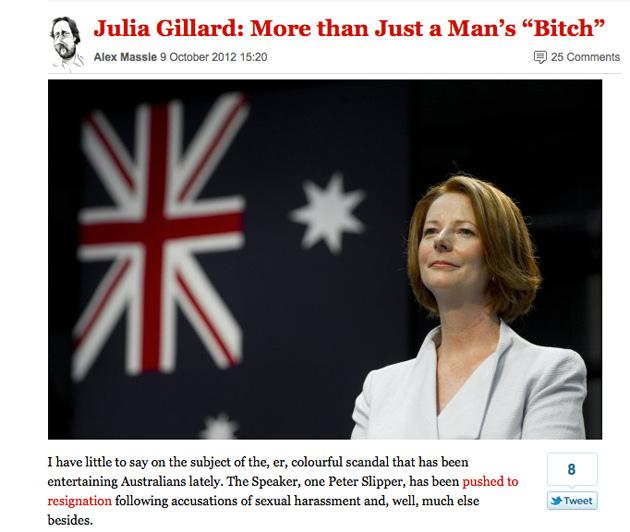 Jezabel prefaces the article with title “Best Thing You’ll See All Day” and proceeds to call Gillard “one badass motherfucker”.

Gawker describes the speech as “awesome”. 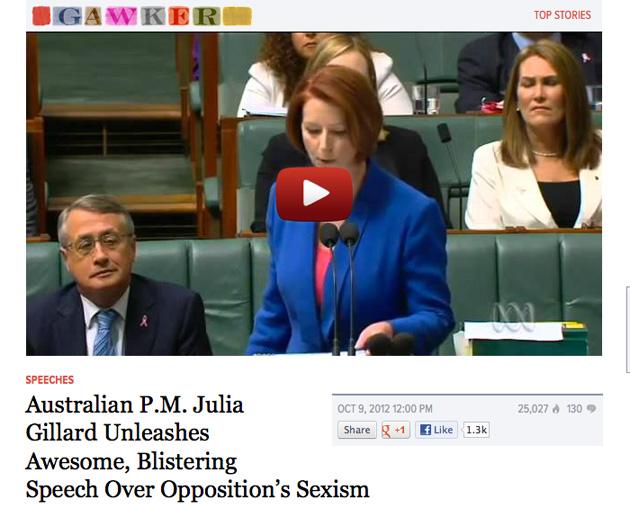 Here is the footage of Gillard’s headline-making mega rant – just in case you missed it.