Police in the English county of Warwickshire are looking for a man with a thin, wan smile and an exceptionally wide mouth following a burglary in Stratford in early February.

The man, pictured below, is being sought by police in connection with an incident in which two men, posing as employees of Orbit Housing, “tricked their way into a flat in Hertford Place“, with one of the men distracting the occupant and the other searching the property for valuables. The occupant, a woman in her 40s, figured out what was going on and told them to leave, which they did, but not without taking a sum of cash. 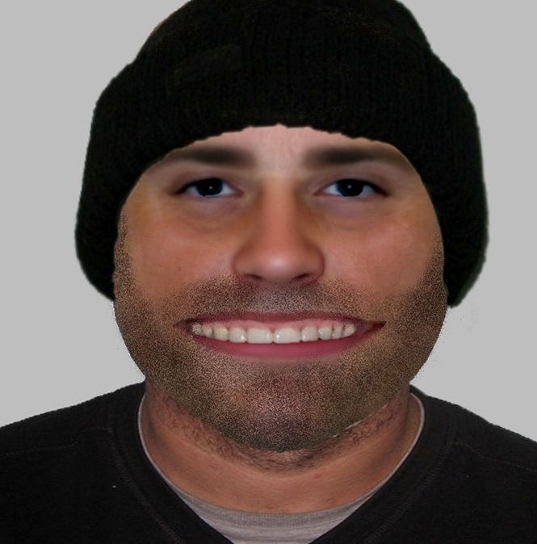 We double checked to make sure this wasn’t some sort of very late April Fool’s prank, so the only options left are either that a) the new guy isn’t so good with the composite machine or b) a deeply strange-looking man is committing dupes and cons in the Stratford area.

If by some freak chance you happen to have information about a man of this baffling appearance in the Stratford area, you can let the coppers know at www.crimestoppers-uk.org.