Two enormous bloody idiots lost the fruits of their robbery after a gust of wind blew it all down the road in the English city of Manchester last month.

Described by Greater Manchester Police as “hapless robbers”, the pair allegedly held up a travel agency and stuffed the cash into their pants. After leaving the store and walking down the street, the money started to fall out of one of the man’s trousers and was blown away.

Like a scene out of a fucking slapstick comedy, more notes spilled out as he tried to catch the escaping cash. Sucked in, moron. 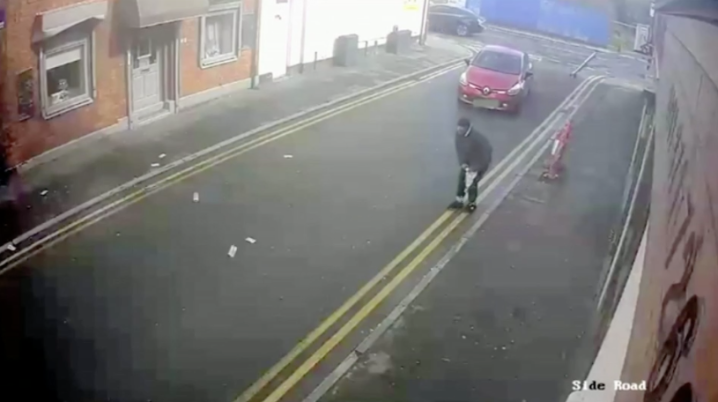 Eventually, police say the two men jumped into a getaway car and took off. “They took every step to secure the money in the shop, but left the stolen notes in their wake as they fled from the scene,” detective constable Phil Scargill said.

“I’d urge anyone who saw the two men, or caught sight of them dropping notes as they ran from the travel agents, to please get in touch with police and share what you know.”

Footage of the bungle was captured by a CCTV camera in the street, so you can witness the excellent karmic event for yourself. Check it out over at the BBC.