That Is Certainly A Hat

If you were being very nice, you could describe Piers Morgan and Donald Trump as having been blessed with the same gift — both of them have achieved a significant level of success simply by not having any issue with being the wrongest, loudest dipshit in every room that they occupy. This is all well and good (just kidding) until they happen to occupy the same room, at which point complete pandemonium erupts.

As part of his visit to the UK, Trump made an appearance on Good Morning Britain (imagine Sunrise but somehow worse) to do an extensive interview with Morgan, in which he incoherently defended his ban on transgender people serving in the military, reiterated his dislike for the now-dead John McCain, argued that Europe needs looser gun laws, and wore this stupid fucking hat.

'I never knew you had that kind of sensibility!'@piersmorgan gives @POTUS a gift Winston Churchill himself would have loved ????@realDonaldTrump | #GMBTrump pic.twitter.com/K3nj0eGiB3

The hat, as Morgan insufferably explains, is in the style that Winston Churchill wore and from the same hat company, given as a gift from the TV show. In response, Trump told Morgan that he “never knew [Morgan] had that kind of sensibility“, although it’s unclear whether he is referring to a fondness for hats or the capacity to give gifts. 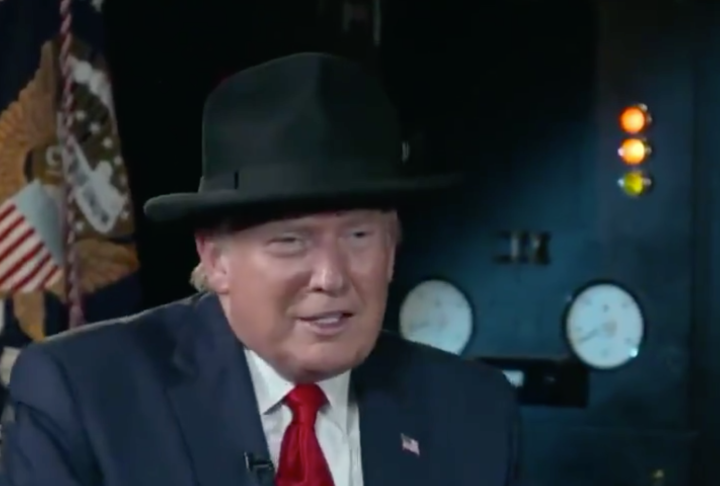