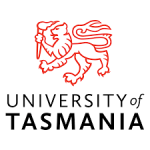 PEDESTRIAN.TV has partnered with the University of Tasmania to inspire you to make a change.

I once explored many parts of remote Tasmania on a fun little journalism excursion and absolutely fell in love with the breathtaking natural splendour of the island.

I travelled hundreds of kilometres through the Cradle Mountain area and natural forests of the inner North-West looking for the Tasmanian tiger (I know it’s still out there… somewhere), explored Australia’s deepest cave systems to learn more about the indigenous population’s connection to the land, and visited the haunting yet beautiful grounds of Australia’s first mental asylum.

Ever since then, I’ve been obsessed with Tassie, and on particularly pleasant moments, I imagine myself eventually making the move there — either on the scenic coast, the lush forests, or magnificent mountains.

I always feel so at peace in nature, but I don’t fully understand why. That’s why I was so excited to chat with 24-year-old University of Tasmania student Tamar Campbell, who’s lived in Tassie her whole life, and also has a deep appreciation for nature.

Tamar: I’ve always lived in small towns on the North West coast. I was born in Devonport — and I can’t quote the population off the top of my head — but they call it a city, but it’s a small town really. But recently I’ve made a couple of moves to Ulverstone and then to Port Sorell, which is a really small little beach and where I’m at now.

What’s your personal go-to when it comes to exploring nature — the beach, the forest, mountains?

Definitely the beach. Just before you called, I started my day down at the beach, I’m only a few blocks away from the beach where I live. The cool thing about where I live is that the mountains aren’t that far either. So I do enjoy mountain biking on the weekend, which is only like a 20-minute drive away as well. So beach daily, and then the forest areas when I can get there.

What do you like about where you’re currently living?

I can start my day off with a walk to the beach before I log on and do online uni, I do have a lot of freedom with my studies and there’s lots of supportive people in this area of Tassie, in the arts space and community service space that want to nurture some creative ideas, which is cool.

A lot of people say that they just feel good when they’re at the beach, or walking through the forest. Even if they don’t particularly know exactly why. What do you think is going on in our heads when we escape into nature?

I’m not an expert on this area. But from my own experience, I find the sound of the ocean really therapeutic, almost like a form of music therapy or nature therapy — it’s probably them combined. The way that you get a really good deep breath is by breathing to the rhythm of slightly longer exhale and inhale, slowing your breath down. And the waves and the rhythm as they crash, it’s the same.

So syncing up your breath to the natural rhythm of the waves can be a natural therapy. Very cool.

Yeah, definitely. And I think that being out in nature reminds — well reminds me anyway — of how interconnected everything is. Our world now is so separate — we all live very highly individualised lives, lots of technology, and we forget about how interconnected we all are. But whenever I get out for a walk outside and spend some time at the beach or in the mountains, I just remember how vulnerable we all are, and how reliant we are on each other, as well as nature. And it connects me back to everything rather than being stuck in my head and being hard on myself.

You’re studying Social Work, what made you get into that?

My mum studied Social Work when I was in high school. So she made me aware of the career path for sure, so that was a motivation and inspiration. There’s also that practical aspect of University of Tasmania offering it on the North-West coast, so I didn’t have to move. But I guess the main reason is I have some lived experience with family members that struggled with mental illness. So I think I saw it as an opportunity to use that in a way to help.

Do you specialise in any specific area of Social Work?

I don’t yet, your learning is very broad in a degree. I’m hoping to go more down the creative therapies route, because I teach music as well. And I found on placement I just kept on using music as a way to connect with the client. So mental health and creative therapy is the direction I’m heading. But I haven’t had any specific training in that yet.

Would you recommend making a sea change or bush change as an option for people who are feeling disconnected in the city?

I would, but I would also mention that it’s important during these times to not further isolate yourself from people, but if you can keep a healthy community of people around you and do the sea change or bush change then it’s beneficial. There’s so much you can learn from observing nature quietly.

I was thinking this morning while I was at the beach, it’s sort of like a walking meditation. I found that when I stopped walking, and I was still enough, all these crabs came out of the sand where I was standing. And I realised that if you’re not still, you don’t actually see what’s going on, there’s so much life that we can miss. But because I just stood there for a couple of minutes, they all came out — and as soon as I walked away, they quickly went back into their holes, into the sand. That’s a cool little metaphor about the stillness of a sea change.

Image: All by Tamar Campbell