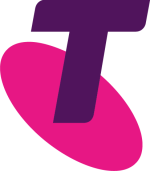 PEDESTRIAN.TV has teamed up with Telstra to remind Aussies to stay informed bout climate change.

All it takes is one look around the globe to see the effects of climate change rearing their ugly head. Hell, even one look around our own country. So, what can we be doing to move things in a better direction?

We’re doing our bits; trying to reduce our carbon footprints and sussing out if our money is going into businesses that invest in fossil fuels or renewables. But another key thing we can do is stay as clued up as possible. Whether it’s learning more about how to alter our own habits to better help the planet or knowing when to pressure the big dogs to take more action, the more informed we are, the more we can do. So looking ahead, what’s on the horizon? What should we be aware of as we embark on another critical year in the fight to slow the effects of climate change?

What a carbon farm is

Get around this term because carbon farming is a growing field (pun fully intended). The label is a loose one that can mean any kind of farming that reduces greenhouse gas emissions or captures and holds carbon in the soil. Basically, plants and trees scoff up our carbon pollution and put it to good use.

Telstra has been carbon neutral since 2020, but is taking things a step further with a new carbon farming initiative. Conducting a technology trial to plant and manage the reforestation of 240 hectares of land in Yarrowyck in northern NSW, Telstra will use drones to carry out aerial seed planting and sensors to monitor environmental conditions and weather predictions. Fancy! You can even cop a look at how it’ll all work by playing this fun lo-fi game, here.

It’s part of a bigger strategy that’s chugging towards achieving renewable energy generation equivalent to 100 per cent of Telstra’s energy consumption by 2025 and reducing its absolute scope 1, 2 and 3 emissions by 50 per cent before 2030. (Those scopes are a nifty way to cover the range of how directly emissions come from a company. So, a company reducing all three means they’re targeting their own direct actions but also their really indirect emissions, too.)

When the big reports drop

Heard of the IPCC? If you can’t place the acronym, you’ve probs at least squirmed as you read news reports about their findings. The Intergovernmental Panel on Climate Change, which is a part of the United Nations, drops big ol’ reports that assess how we’re going with climate change knowledge, causes, impacts and response options. And spoiler alert: they’re not peachy reads. But they are important for highlighting the best next steps forward.

IPCC has just dropped its first report for the year on impacts, adaptation, and vulnerability. But in September, the Sixth Assessment Report (AR6) will be released – the first ‘uge one since 2014. So, keep those eyes peeled.

What climate finance is

Climate finance is another term that gets bandied around a lot, so it’s good to know what the go with it is – and the history. In general, it’s funding to adapt to and deal with climate change. But it’s usually dropped in reference to a promise that developed countries – who are to blame for a huge bloody chunk of emissions – made way back at the Copenhagen COP in 2009. The commitment was to fund $100 billion a year by 2020. The dosh could come from public or private sources and was to help developing countries handle the accelerating effects of climate change (AKA the mess the richer countries made).

When the big date is

Every year the United Nations brings almost every country together for a climate summit – known as the Conference of the Parties or COP. The lead up to the big day is usually when a lot of actions ramp up. Like, last year, right before the COP26 took place in Glasgow, Australia jumped in on the united goal for net-zero greenhouse gas emissions by 2050. With COP27 on the way and locked in for Sharm El-Sheikh, Egypt, between the 7th and 18th of November, look out for updates on promises and policies.

If you froth retro games that give your brain a bloody break, you can play Telstra’s nifty new game, here.