That’s right, those of us who will be away, will be working, or gosh darn it don’t feel like braving the July chill to pick up their democracy sausage in person have already undergone the arduous task of voting in the comfort of their own homes.

And one of the most interesting battles is for the inner-Sydney seat of Grayndler. Incumbent Labor member/living embodiment of *that* Uncle at the family BBQ Anthony Albanese is suddenly finding himself locked in a hell of a battle to retain his seat; the previously Labor certainty is now under threat from the Greens, and their candidate Jim Casey has been making his presence in well and truly felt throughout the electorate.

Residents in Grayndler who have opted to partake in a postal vote have already begun putting pen to paper on their voting forms, and the competition is pretty fierce, with a close result in the seat tipped. The vote will likely come down to preferences, meaning votes from the Liberal Party and all the minor parties become of vital importance.

And the minor parties are very well represented in Grayndler, with 11 names appearing on the green lower house ballot paper. There’s representatives from the Drug Law Reform party, the Renewable Energy party, the Australian Cyclists Party, and even the Animal Justice Party on there. Hell, even the Christian Democratic Party aka the Fred Nile Group gets a look in.

Just look at this formidable list of candidates listed on the ballot paper, why don’t you! 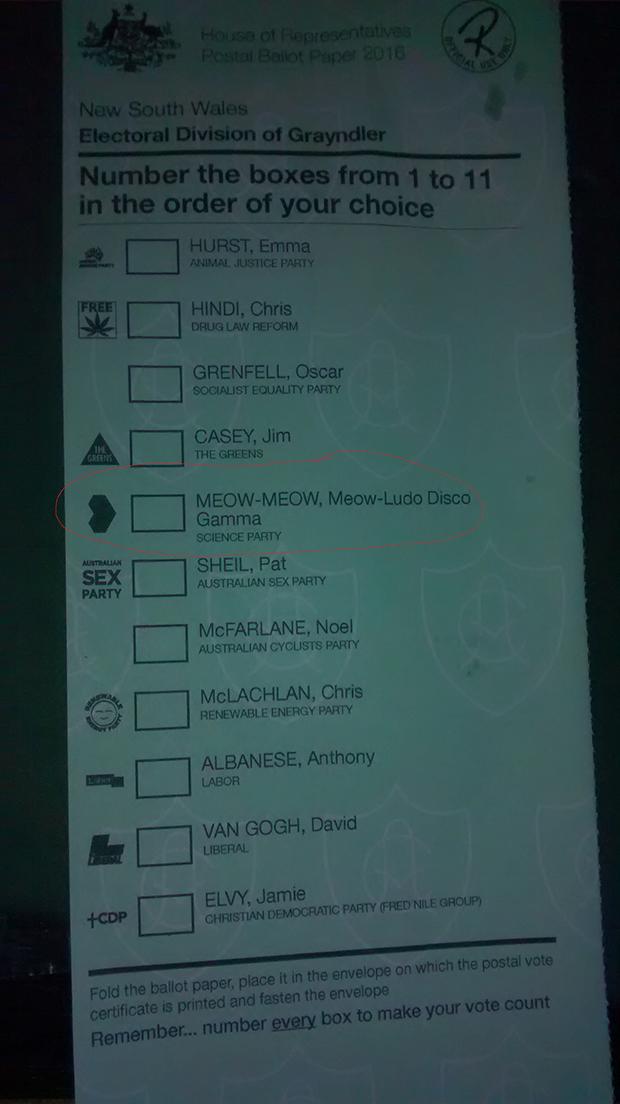 No, your eyes aren’t playing tricks on you. No, that’s not a ridiculous type. Yes, the Science Party‘s candidate in the seat of Grayndler goes by the name of Meow-Ludo Disco Gamma Meow-Meow. 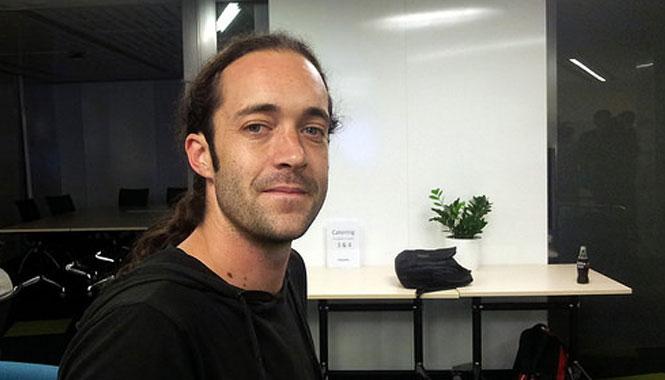 Name on the door.

Meow-Ludo, as it turns out, is a “passionate molecular biologist, entrepreneur, and futurist,” according to the Science Party’s website.

“He believes that the major challenges facing the world currently are solvable through scientific research combined with technological action. He is heavily involved in the democratisation of science through his work in co-creating a network of internationally connected biohackers and physical community laboratories.”

Well there you bloody well go.

If you feel compelled to donate to Meow-Ludo’s campaign, the Science Party is currently taking donations that will enable him to pay for extra flyers and promo materials to be used in the lead-up to the July 2 vote.

Don’t ever let anyone tell you that Election season is anything less than a wonderful, wonderful thing, friends.