Believe it or not, South Park is about to enter its 20th season. For a show whose debut episode involved the implantation of an alien satellite dish firmly up the rectum of an 8-year-old boy from Colorado, that’s a bloody massive effort.

Before the premiere episode of the season airs today (Aus time), Matt Stone and Trey Parker, along with a swathe of associated crew members and such, sat down with The Hollywood Reporter for a quite excellent and extremely in-depth oral history of the show, charting its rise from a humble, stop-motion animated short that was painstakingly put together with hand-cut cardboard figures, into the satirical juggernaut that manages to put together an entire episode inside 6 days that it is now.

Among the many revelations from the interview (like, for example, that the show might never have gotten off the ground in the first place if it weren’t for George Clooney), was the story of how Chef, voiced by the late legendary soul singer Isaac Hayes, came to depart the show.

The well-trodden in version of the story is that Hayes, a scientologist, left the series in protest after it aired the season nine episode ‘Trapped in the Closet‘ in 2005 which skewered the highly controversial “religion.”

What the interview reveals, however, is that Hayes definitely wasn’t the one who issued the statement announcing his departure. Someone, it would seem, quit for him.

Stone describes sitting down with Hayes two days after the episode aired to discuss his feelings about it, but quickly becoming aware that he was being talked through by other people.

“When we did the Scientology episode, [he] came over, and I sat with him. It was like a day or two after, and it was pretty obvious from the conversation that somebody had sent him to ask us to pull the episode. It had already gone on the air, and we didn’t tell him because we didn’t want him to be held accountable. Plausible deniability.”

Four months later, the statement confirming Hayes’ departure from the series was released.

Hayes’ son, Isaac Hayes III, was also present during the interview, and paints a very different different picture of the departure, stating that not only did Hayes not quit by his own hand, but that at the time he wasn’t capable of doing so due to a stroke suffered in January of 2006.

“Isaac Hayes did not quit South Park; someone quit South Park for him. What happened was that in January 2006 my dad had a stroke and lost the ability to speak. He really didn’t have that much comprehension, and he had to relearn to play the piano and a lot of different things. He was in no position to resign under his own knowledge. At the time, everybody around my father was involved in Scientology — his assistants, the core group of people. So someone quit South Park on Isaac Hayes’ behalf. We don’t know who.”

“My father was not that big of a hypocrite to be part of a show that would constantly poke fun at African-American people, Jewish people, gay people — and only quit when it comes to Scientology. He wouldn’t be that hypocritical.”

The episode, of course, ended with Stan blatantly staring down the camera and daring scientology to sue him, followed by credits that curiously showed only John and Jane Smith, one of the only times Trey Parker wasn’t “officially” credited as having written the episode. 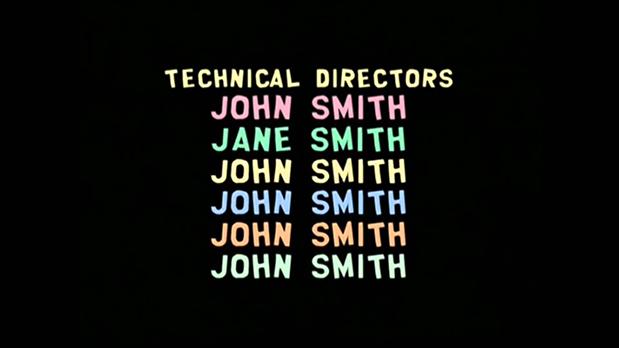 South Park S20E01, ‘Member Berries,’ is due to hit the airwaves today.