The Australian has today published an article about Pauline Hanson‘s popularity soaring since the July 2 election, stating that the percentage of voters now backing Hanson and her party One Nation has quadrupled.

The outlet states that a Newspoll run exclusively for them shows support for One Nation in the House of Representatives has climbed from 1.3% on polling day, to a current 6%.

On Channel 7‘s ‘Sunrise‘, Derryn Hinch congratulated the controversial Senator who wants to ban a whole religion because she doesn’t like it, saying,

“One Nation has gone up in the polls so you have to congratulate Pauline for that.”

However, The Guardian‘s Paul Karp points out a pretty crucial point – while The Australian‘s Newspoll can include to any voter in any electorate, the original polling percentage of 1.3% included only voters from electorates with One Nation candidates (12 in Queensland, 3 in NSW).

This means the two numbers aren’t really that comparable, considering only 1 in 10 voters were originally included in the starting figure. 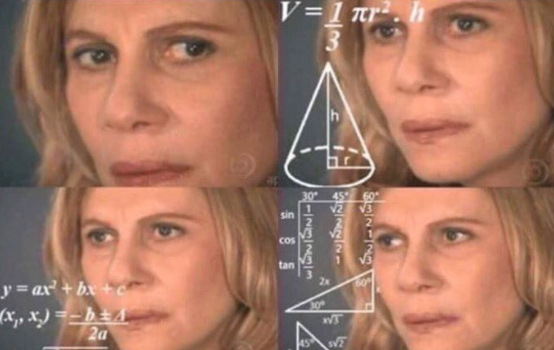 Karp says a fairer comparison for the Newspoll is actually the Senate vote, because voters in every state had a One Nation candidate on their ballot.

With a 4.3% Senate vote on polling day, the jump isn’t *anywhere* near as close as originally reported.

But don’t get too triumphant: One Nation‘s numbers have abso-bloody-lutely risen, no doubt about it. “Quadrupled” just ain’t so correct.

Regardless, it’s a big ol’ slap on the wrist for ‘Straya. A rise in support for Hanson and One Nation is a rise in acceptance of public xenophobia, ja feel?

Source: The Australian / The Guardian.