Bumbling, oafish Peter Dutton, our benevolent Immigration Minister, has been the subject of much wrath and ridicule today.

Partly in the offices of PEDESTRIAN.TV because, as one of our very astute readers pointed out…

…which is some real shit that cannot be unseen.

But mostly, Dutton’s spud-like visage has been copping a barrage of vitriol from ordinary Australians incensed at his continued fumbling of his portfolio and continual foot-in-mouth moments re: asylum seekers and the fact that this weird, strange man is saying these things about actual living, breathing human beings.

People are so mad at the Federal Member for Dickson, that they’ve decided to vent their frustrations and anger at him directly, by taking to Twitter and absolutely unloading on @peterdutton.

The only problem with that, is that Australian Federal MP Peter Dutton’s Twitter handle is @PeterDutton_MP.

@peterdutton happens to belong to this guy: 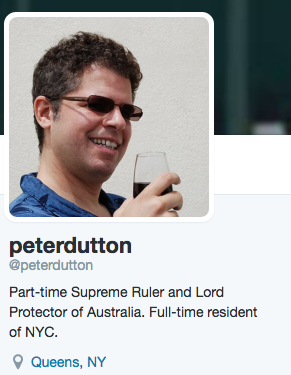 A man named Peter Dutton who lives in Queens, NY and is very much not the Federal Immigration Minister.

And unfortunately for those random fools who have been flooding the poor bloke’s mentions, this Peter Dutton is absolutely not afraid to clap the fuck back.

@TheMiacat @alp I’d be mad at the people who have to be detained, then, instead of some guy in New York.

@kayegreenleaf @MarkDiStef Ignorance like insulting some stranger in New York? 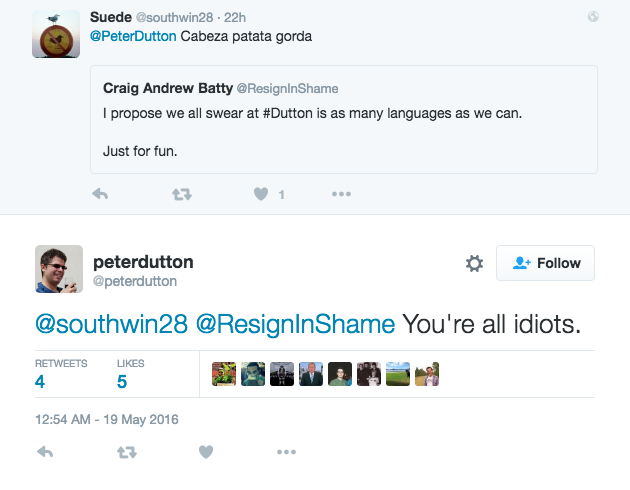 @BELIMBLA4 It’s a relief to get something other than insults, but you still have the wrong guy. 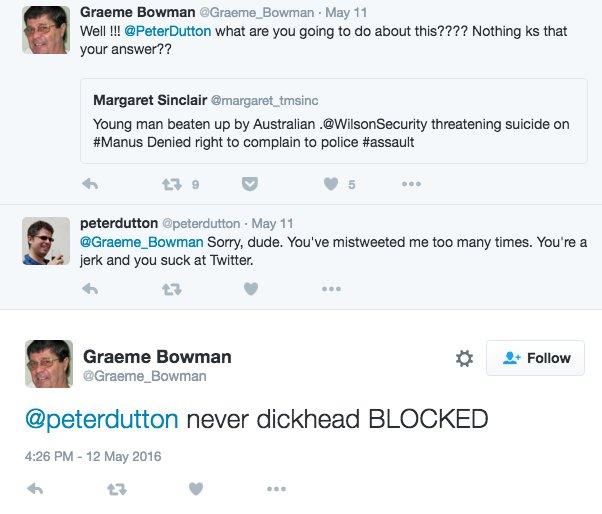 In the immortal words of Rodney Dangerfield: Hey, this guy’s alright!

What do we have to do to organise a Seven Year Switch-style operation between us and the US, except it’s only for people named Peter Dutton?

And also instead of seven years, it’s forever.

And also we’re sorry and pls come visit us, Better Peter Dutton. We’ll shout you so many beers.