Everyone’s got their own compendium of various weirdo interests, spread far and wide across ever-evolving and impossibly complex internal Venn Diagrams. Sometimes you might get a little crossover here and there, and it’s pretty good. But once in a while – very rarely – the bullseye is hit and it shakes your world to its very core. To wit: This magnificent blending of the US version of The Office and the considered works of William Shakespeare.

A kind and good and possibly entirely genius soul wandering the endless super highways of the online by the name of Courtney Gorter has taken their love of The Bard and their love of that funny little town of Scranton, PA to all new heights thanks to a series of frankly ingenious posts.

Using lines and screenshots taken directly from The Office, they’ve managed to sum up a heaving handful of Shakespearean works that gives The Office‘s gags all new life.

Take, for example, this genius reading of Hamlet which casts Michael Scott as Claudius which is about as spot-fucking-on as anything could ever be. 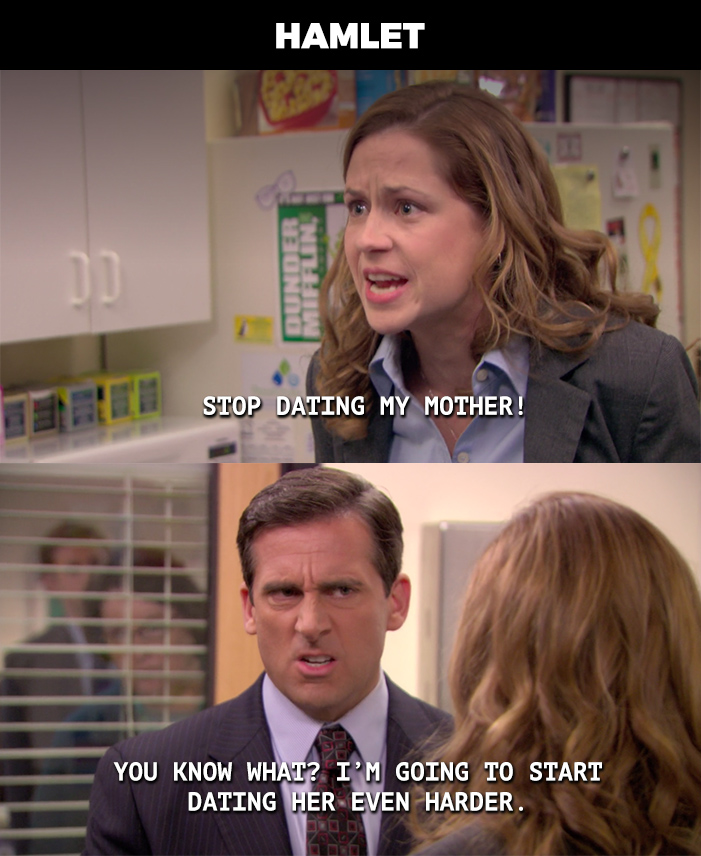 Then there’s this magnificent Threat Level Midnight-esque re-telling of Macbeth which… you know what, scratch what I said about Michael Scott as Claudius being perfect. Angela as Lady Macbeth is a frankly biblical comparison. Of course Angela is Lady Macbeth. OF COURSE SHE IS. 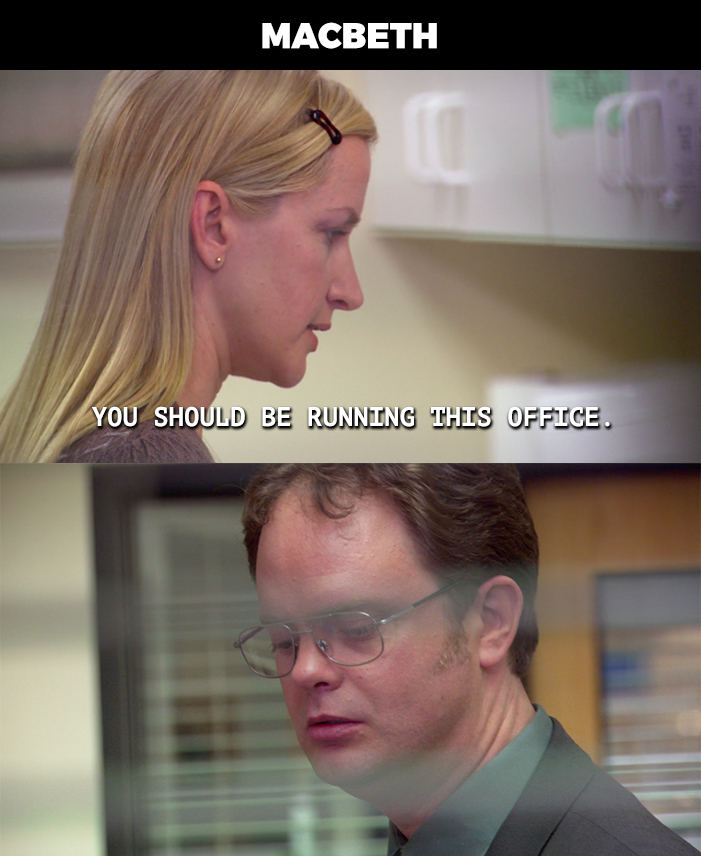 The Merchant of Venice is also ably served by a Michael Scott moment of emotional overload. 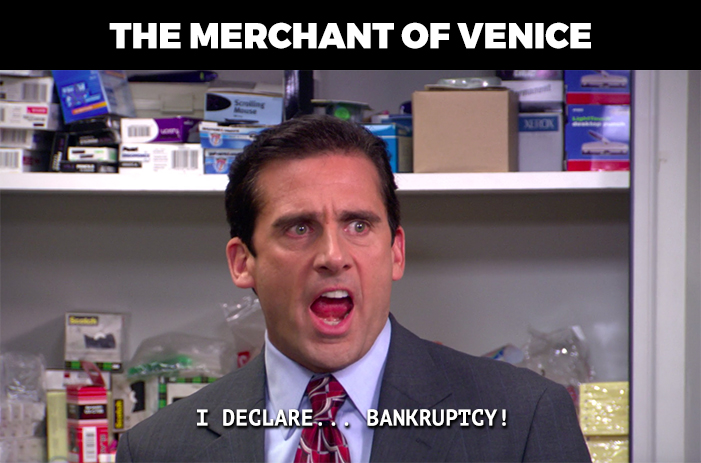 READ MORE
'The Office' Has Landed On Stan, So Let's Relive The Show's Funniest Moments

As is Romeo & Juliet, which should be obvious to anyone with eyes and ears. 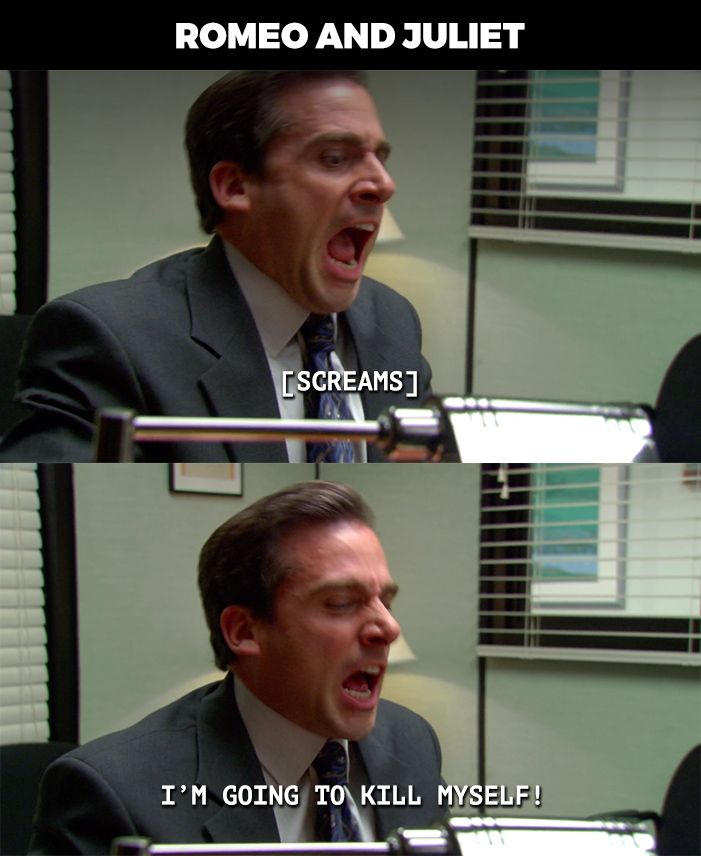 But, soft! What light through yonder window breaks? It is the east, and Jan Levinson is the sun.

The whole series is extremely thorough (the English histories series in particular are absolute bloody corkers) and it’s definitely worth a look and a giggle.

You can wrap your eyes around the whole thing via this fun link. Go on. Have a laugh. Treat yourself.

To BOBODDY? Or not to BOBODDY? That, is the question.