It’s like Channing Tatum – high on glory after his epic lip-sync battle with Beyoncé – woke up this morning and thought, ‘Fuck it, I’m done with trying, let’s just go full 90s on this red carpet muthafucka.’ 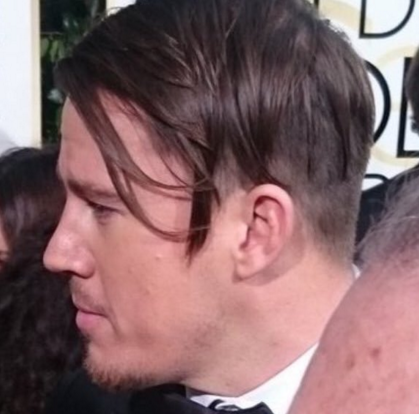 Accustomed to a certain level of sleek from Channing, the Internet hasn’t been kind about his stylists’ slip-up:

Channing Tatum was great in the 5th Element pic.twitter.com/l9bbFyoq8A

Who pulls it off best: @JustinBieber or @ChanningTatum? https://t.co/6RPcAHEzvQ #GoldenGlobes pic.twitter.com/8b7OWF3J1j

Channing Tatum’s hair is a case of when bad side parts happen to good people. #GoldenGlobes

Channing Tatum showed up at the #GoldenGlobes as Thin Man from Charlie’s Angels. ?? pic.twitter.com/WOpW943XeO

Channing Tatum inspired by Stefon on SNL for his hair tonight. #GoldenGlobes pic.twitter.com/aaL8nrtZvk

Channing Tatum, what is that hair? Everybody was on your side two days ago #GoldenGlobes

He’s wearing the other side of Channing Tatum’s. https://t.co/NCB3Om9Rcc

.@channingtatum push me back into place bro

What a time to be alive.