Between you and us, dear reader, we feel nothing right now. An enmity has been carved within us. The producers at Channel 10 finally discovered how to hollow out their viewers, and all it took was The Bachelor Richie choosing Alex as his partner after an entire season of cynical, knowing, and patently cruel misdirection.

That being said, while we become accustomed to the fact our chest cavities have been excavated, allowing the breeze to softly whistle through our ribcages in the spaces our hearts used to occupy, a fair few of you are quite cranky that Nikki – poor, darling, Nikki – wasn’t given the ending her carefully-crafted narrative deserved. 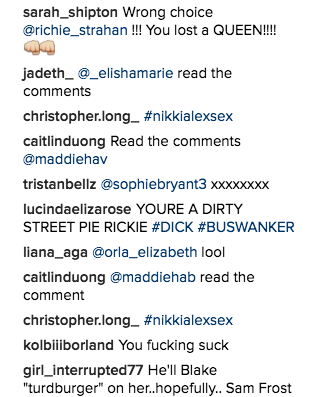 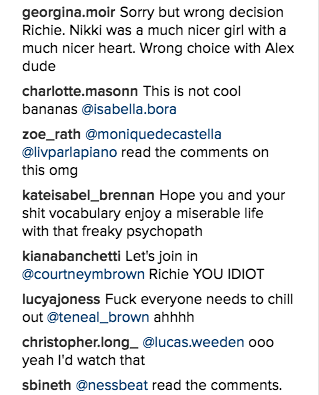 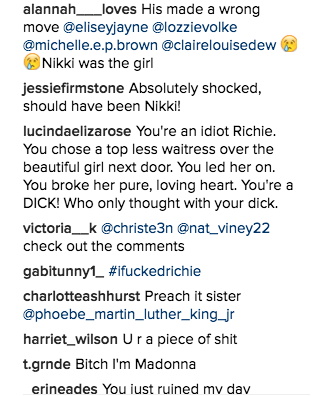 And that’s just on Richie’s account. A brief wander over to Alex’s revealed her account was briefly set to private. It’s up again now, but, uh… It’s not looking great, either. We’ll spare you the details there, but picture snake emojis. Lots of snake emojis.

Elsewhere, the usual chuckleheads over on Twitter have embraced their sorrow, and are currently churning out some relatable – if nihilistic – content:

This is like that year on The Block when no one got any money. #TheBachelorAU

Next series on #TheBachelorAU: 50 single mums fight for one idiot.

Richie has ruined three lives. Four if you count his mum #thebachelorau

And, oh yeah, some bloke whose name seems oddly familiar had his say:

Look. Such is the magnitude of this situation, we’re even going to draw from our own Facebook commenters. Listen, folks: you get one. ONE. And tonight, Mr. Cook, you are that one:

Now, if you excuse us, we need to reassess every moment that lead us to this point.