The 10 Most Legendary Feats Of Public Art

Hoist your Ironlak in the air and join us in paying tribute to some of the great public artistic wranglings the world has ever housed. It’s time for another edition of our weekly series of Ray-Ban Legendary Lists to celebrate the 75th Anniversary of the legendary lens-makers.

Following on from our roll calls for Legendary Sidekicks and human hair’s most Dynamo ‘Dos comes a catalogue of the 10 Most Legendary Feats Of Public Art, from cautiously-executed artistic acts of bravery, to unforgettable pop culture iconography and the big, breasty and beautiful… Let’s kick it all off with an epic dick pic, shall we?

VOINA “COCK CAPTURED BY THE FSB”
In terms of pure notoriety, The Voina group is like Russia’s public art equivalent of Pussy Riot – in hiding or exile and wanted for arrest in their home State. Combining guerrilla street art with social-political activism, the crew use their provocative public installations to protest corruption and oppression. Voina didn’t gain serious widespread international recognition until they dick bombed a St. Petersburg drawbridge that pointed toward the FSB (formerly KGB) headquarters – a literal rendition of the Government-directed ‘fuck you’ the group sent whenever the bridge was – ahem – erected. They had less than 30 seconds to paint the 65 metre penis on the Liteyny drawbridge and it survived only one night before authorities removed it. This brave anti-authoritarian symbol is the stuff of legends and a required inclusion on this list.

ELLIOTT SMITH MEMORIAL WALL
For fans of the incredibly gifted and tragically short-lived Elliott Smith, one of the most enduring images of the singer-songwriter is the man standing before vivid black, white and red swirls on the cover of his great final record Figure 8. That piece, made famous by the album cover art, was later defaced with wheat pastings and chalk drawings which were part of a ‘guerrilla’ marketing scheme to promote a tour for Pink Floyd’s Roger Waters in 2010. It was a major fuck up that elicited a passionate response from locals in LA suburb Silver Lake where the mural existed, Smith’s fans, as well as art fans. Waters apologised and then music/art/bicycle crew FMLY restored it to its former glory. The Elliott Smith memorial wall proved to be such a significant piece of public art to the indie music community that – like all good art should – it really means something beyond what’s on the surface. An iconic tribute to a true talent that is more legendary for what it represents than what it is – a painting on a brick wall. 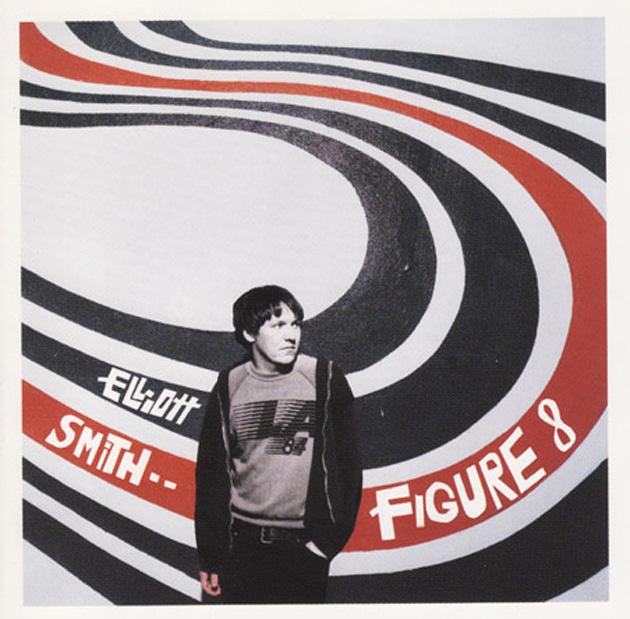 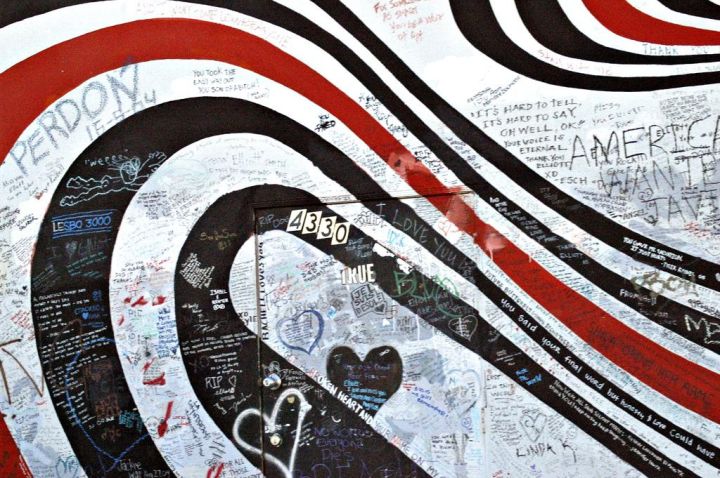 AI WEIWEI “REMEMBERING”
You may know this brilliant and though- provoking conceptual artist’s name for the wrong reason. He is considered a dissident by the Chinese government and was arrested for what the Chinese government specified as “economic crimes against the State”. This conceptual work was built from 9,000 children’s backpacks on the facade of the Haus der Kunst in Munich, as a symbol of the young lives lost in the 2008 earthquake in Sichuan and a reminder of how the deaths of those people were discarded and covered up with government propaganda. The massive laborious installation was not just a colourful, engaging and beautiful piece of public art, it was a powerful message to an intolerable government; and an inspiring wakeup call to the rest of the world. 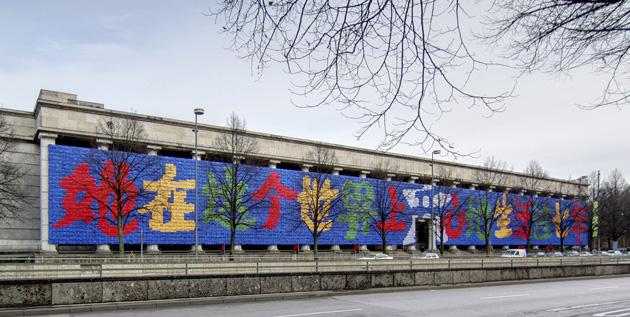 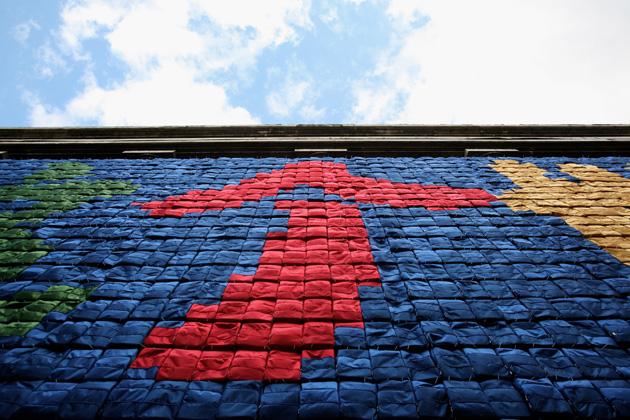 DIMITRIJ VRUBEL “BROTHERHOOD KISS” (also known as “The Mortal Kiss”)
The kiss is really one of the most enduring, powerful images from the myriad of artworks covering the East Side of the Berlin Wall. Artist Dimitrij Vrubel painted the image of dictators Leonid Brezhnev and Erich Honecker as a symbol of the devastating failure of Communism in the Soviet nations and the corruption it invited. This important satirical piece was “removed” during a restoration by the East Side Gallery, pissing off the artist and destroying an iconic reminder of Soviet-era Germany.

STEVE POWERS “THE LOVE LETTER PROJECT”
Steve Powers AKA ‘ESPO’, one of the most famous artists in the world of letterform, graffiti, sign writing… and everything else, undertook the most extraordinary gesture of civic pride imaginable when he conceived and painted 50 murals in his home town Philadelphia resulting in “The Love Letter Project”. Enlisting 40 local and international friends of various vocations (sign writers, spray painters, and so forth) Powers painted the series on the walls facing Philadelphia’s Market elevated train to give commuters something beautiful and meaningful to engage with on their way to or from work – as opposed to the plain brown brick of the buildings he painted them on. There’s something deeply moving about the vision, commitment and message in this massive public art project that resonates, not just with the people of Philadelphia, but with anyone anywhere.

CHRISTO AND JEANNE CLAUDE “WRAPPED COAST”
Christo and his muse and partner-in-art Jeanne Claude have a huge vision for their sculptural public installations. Literally HUGE. For “Wrapped Coast” the pair covered one million square feet of land in Little Bay, Sydney, in erosion-control fabric. The project took four weeks to install, taking up 17,000 manpower hours and the employ of 15 professional mountain climbers and 110 workers. The coast remained wrapped for 10 weeks from October 28, 1969, then all materials were removed and recycled and the site was returned to its original condition. It is widely considered one of the most vital early environmental or land art works in the world. 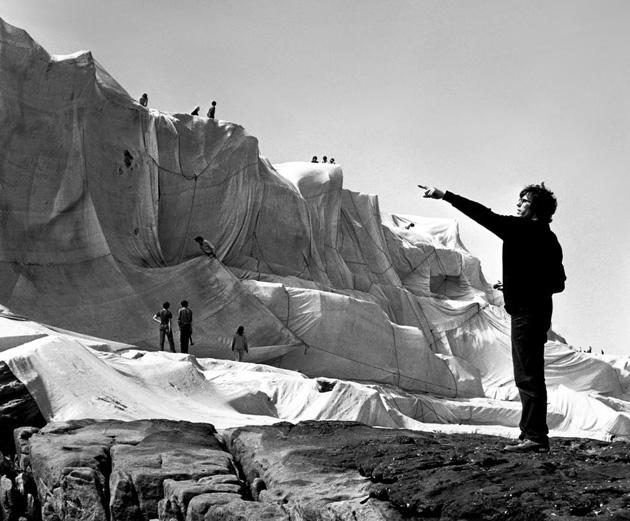 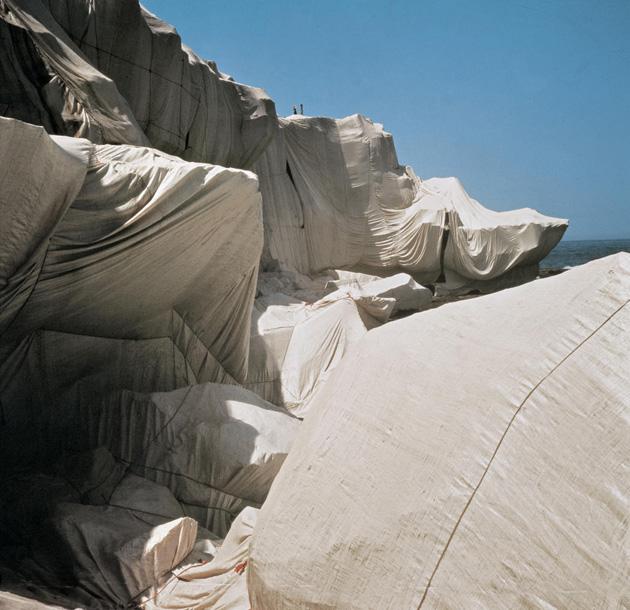 ENESS “MOBIUS”
I love that one of the fucking awesome, most unique pieces of public art lives in Australia and was made BY Australians. Melbourne design firm Eness made this amazing brain-trolling kinetic sculpture that moves so slowly it’s imperceptible until you watch it in time-lapse. Conceived by Benjamin Ducroz, Mobius was brought to life in Melbourne’s Federation Square over two weeks between the 6th and 20th of May 2011.

SPENCER TUNICK “MEXICO CITY”
The American photographer and conceptual artist makes ‘large-scale nudes’ – installations featuring naked people en masse as a symbol of protest. Protesting affronts to civil rights, political corruption, and social and environmental issues. And clothes. Tunick set one of his installation/photography pieces at the Sydney Opera House with over 5,000 participants, but his most epic shoot to date was in 2007 where 18,000 people posed for him in Mexico City. 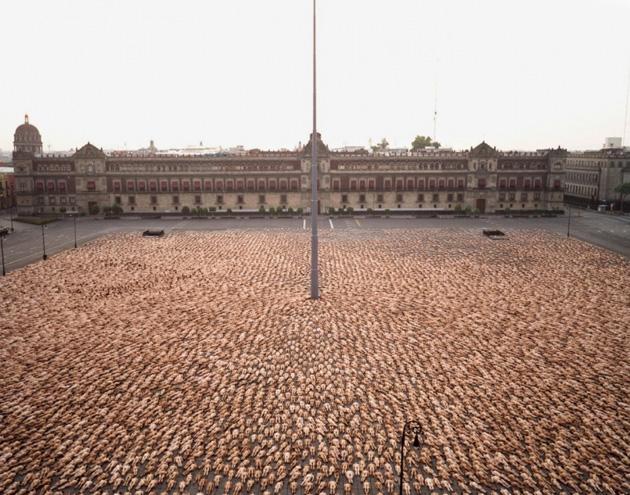 MAURICE KOECHLIN, EMILE NOUGUIER “LA TOUR EIFFEL”
While the Tower is named after the man whose engineering company designed and constructed it, it was Koechlin and Nouguier who came up with the design of this truly iconic structure. The structure has no practical purpose and exists solely for aesthetic purposes – as well as provide a delightful vista of Paris – so it should fit under the Public Art category. It took two years to build the three-level monument featuring trussed metal lattice work along four sides. According to an episode of Sex And The City some French people think it’s a eyesore but they’re out of their minds. The Eiffel Tower is an extraordinary marriage of architecture and engineering and stands as the most-visited paid monument in the world. So in your face, Aleksandr Petrovsky’s daughter. 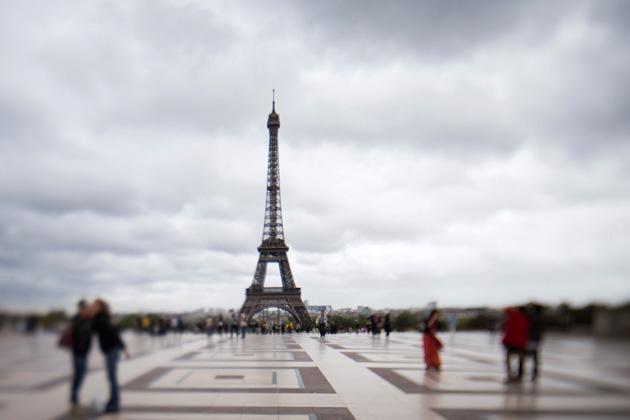 Photo by Joel Saget for AFP via Getty Images

KEITH HARING “CRACK IS WACK”
When the crack epidemic hit New York City in the mid-Eighties the wonderful one-of-a-kind cartoonist and multi-discipline artist Keith Haring painted this mural as a warning – without the behest or permission of the City – coining an oft-repeated phrase and giving a handball court at 128th Street and 2nd Avenue landmark status. Haring’s work, painted in 1986, was restored in 2007, and has been listed under the protection and jurisdiction of the City Department of Parks.