Plibersek told Brisbane radio 4BC on Wednesday that children may be frightened by Dutton’s face because let’s be honest we all are.

“I think there are a lot of children who’ve watched a lot of Harry Potter films who’ll be very frightened of what they’re seeing on TV at night, that’s for sure,” she said.

“I’m saying he looks a bit like Voldemort and we’ll see if he can do what he promised he’d do when he was last running for leader, which is smile more.”

Honestly love a woman telling a man to smile more but also, no no, we do not consent to seeing more of this: 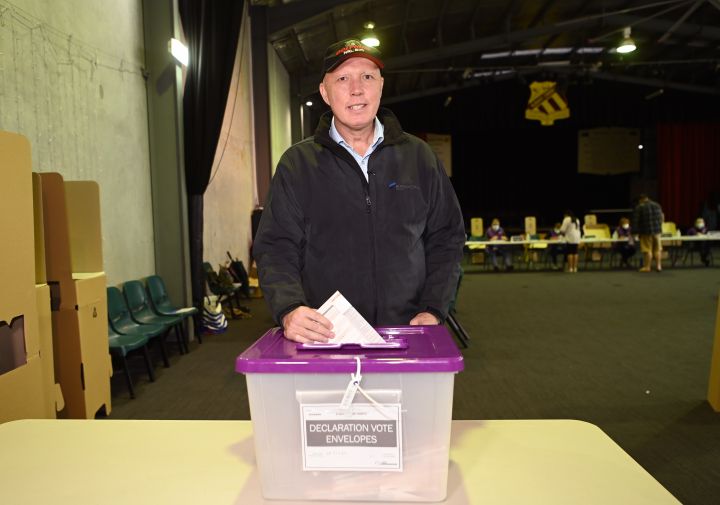 Prime Minister Anthony Albanese told the ABC on Thursday the comparison was “not acceptable”.

“I think that in politics we need to treat each other with respect. Tanya recognises that which is why she apologised and I’m sure Peter Dutton accepted that and we move on.”

“It was a mistake. It shouldn’t have been said. We all make mistakes from time to time.”

In the scheme of things this is such minor offence, though.

There is so much name-calling in parliament and saying this bald guy looks like another bald guy is nothing.

Even Dutton’s wife had to tell the Murdoch media that he wasn’t “a monster”. Like if she has to…

And did Tony Abbott apologise for standing with protestors holding anti-Julia Gillard signs that said “ditch the witch”? No.

But we love a respectful king and at the end of the day we can only be grateful that Albanese is rising above this shit. On his fourth day in office probably good to see him showing us that he won’t be like Abbott or Morrison.

“What we need to do is to move on from them and it is how we respond to them. Tanya Plibersek responded appropriately. I want to change the way that politics operates,” Albanese said.

“Scott Morrison had a whole show that seemed to be devoted to an analysis of my glasses or whether I lost weight or what I look like. We can do better than that. Let’s actually talk about the issues and let’s try to find some common interest going forward.”

It is at this time PEDESTRIAN.TV would like to announce that we, on the other hand, will not cease to liken Dutton’s appearance to Voldemort’s, nor will we apologise for doing so in the past.