Brace Yourselves, Sydney: A Big Dust Storm Is Descending On You As We Speak

A dust storm which has the “hallmarks” of the infamous one which hit in 2009 – pictured above – has reached the outskirts of Sydney, leading the NSW State Government to issue health warnings about air quality. Amateur photographers are also extremely keen, but that’s neither here nor there.

Everyone who lives in Sydney remembers that morning in 2009, when everyone woke up to an eerie orange city and thought the world had ended. I left my bedroom window open and got a whole bunch of dust up in my shit. It was annoying, but also cool.

Today’s dust storm has moved in from the state’s west, exacerbated by extremely dry conditions out there. The storm stretches about 500 kilometres across, and the visuals of recent dust storms from out that way are pretty wild. 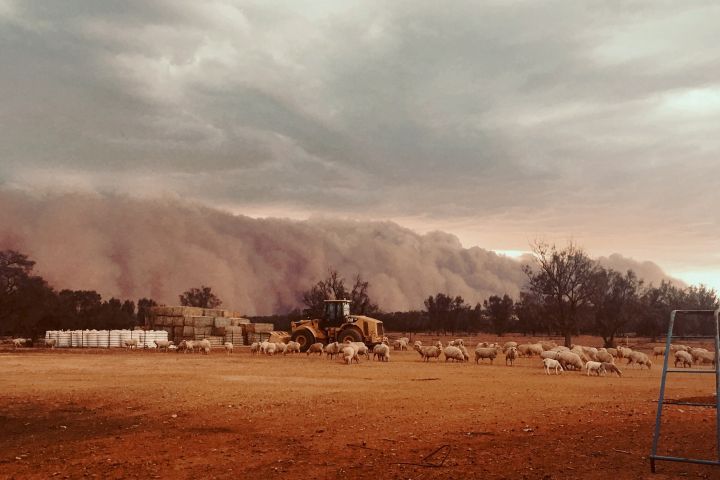 NSW Health has recommended that those with respiratory issues and sensitivities take it easy today, especially in the afternoon when the worst of it is expected to pass across the city.

Heads up! A large dust storm is forecast to move across parts of NSW tomorrow. If you have a respiratory or cardiovascular condition, limit your time spent outdoors and avoid vigorous exercise. Read more about dust storms here: https://t.co/RewkzVYXUY #NSWDustStorm @BOM_NSW pic.twitter.com/FBEC4srq99

Is it going to be as bright red as it was back in ’09? Who knows. The Bureau of Meteorology says that the majority of the story remains behind the Great Dividing Range this morning, and there’s a good chance we’ll see some redness in the arvo.

Senior forecaster at the Bureau of Meteorology Dean Narramore told 9 News that it probably isn’t quite at the scale of the 2009 event:

For asthmatics the dust can get in and cause coughing and wheezing so be careful about especially later today. At this stage it is not looking as big and intense as we saw in 2009 but we’re definitely going to see visibility reduced and the wind pick up.