A doctor has shared a truly gag-worthy story on medical podcast This Won’t Hurt A Bit, detailing the misadventures of one of his patients who presented with bloody diarrhoea and a 5-foot tapeworm wrapped around a toilet roll.

Yeah, you read that right. A five-foot tapeworm, wrapped around a toilet roll. Excuse me:

According to Dr Kenny Bahn, who was the lucky physician who saw the guy in the California emergency room back in August, the bloke had been feeling a bit off for a while, dealing with stomach cramps and the aforementioned bloody shits. Then he made a trip to the bathroom and, as he reportedly told Bahn:

“I looked down and it looked like there was a piece of intestine hanging out of me.”

As it turned out, it was not a piece of intestine. It was a yuge tapeworm. Which he promptly pulled out of his own bottom.

The guy told Bahn that the worm was very much alive when he pulled it out – the term used was “wiggling” – though by the time he made it to the ER, it was deceased and had been wound around a cardboard toilet roll like the world’s worst gift-wrap ribbon. 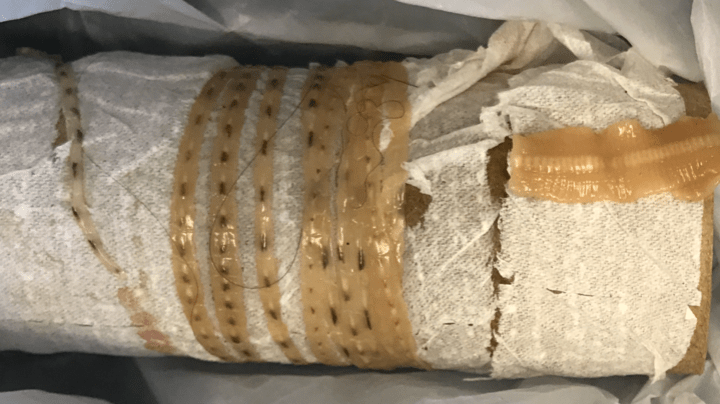 Bahn says he was initially sceptical when the guy asked for worming medication, but once he’d produced the grisly proof, was more than happy to prescribe him the very same meds used to worm dogs (lol).

He also says he was so impressed by the length of the worm that he laid it out on the hospital floor in order to measure it – it was five and a half feet, which is about 168cm i.e. MY HEIGHT WHAT THE FUCK.

Then, as you would, he got about 40 people to come check out the worm, including the hospital pharmacist who reportedly booked it from the pharmacy once he heard the news. 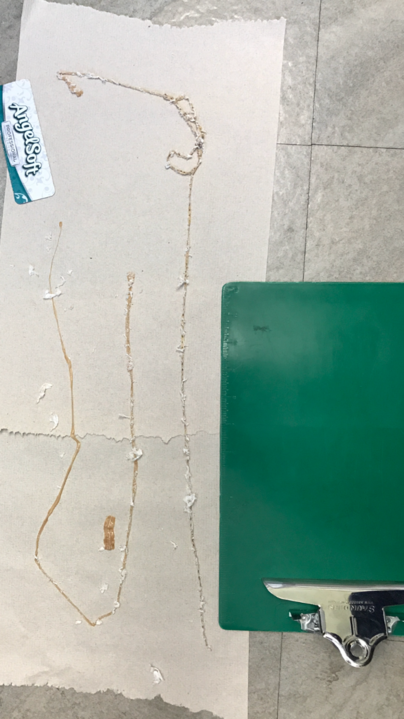 Bahn told Snopes that he thought the whole thing was “very cool“.

People asked if it was disgusting, but as an EM physician I see much worse. This was more geeky scientifically interesting — though funny, as it was wrapped around a toilet paper roll.

The probable cause of the young man’s ghastly intestinal tenant? A daily diet of raw salmon sushi, which in the US and Asia Pacific Coasts has been found to carry the Japanese broad tapeworm. Bon appetit, friends.