Sydney’s police force may just be the luckiest law enforcement outfit in the entire nation, because yesterday’s surprise ice bust has amounted to the discovery of $45M worth of the illicit drug. 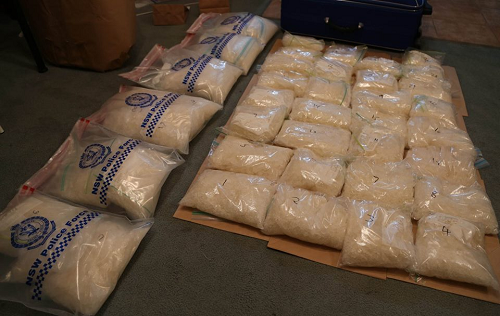 And it all started with one dude using his phone while driving. According to NSW Police, that traffic infringement and the subsequent arrest of the 26-year-old driver led to two other apprehensions yesterday.

First, police arrested a 30-year-old man who was in possession of 10kg of meth in St Johns Park. Following that, they searched a nearby home, only to find a cool $1.4M in cash. A 21-year-old was arrested at the scene. 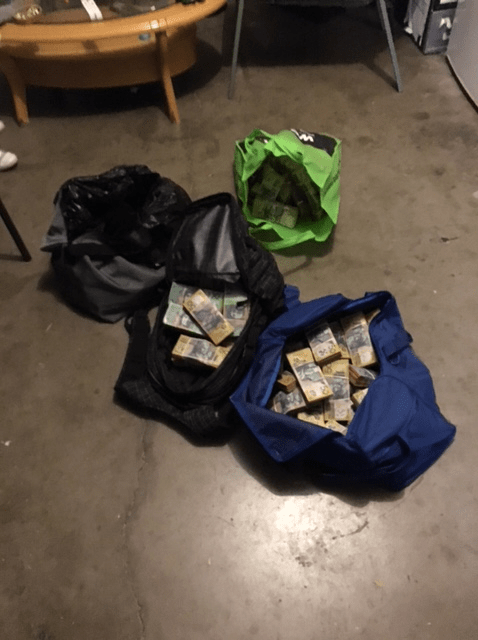 Another search fielded the same night in Marrickville uncovered the stonking 77.6kg mother lode. At that point, the police probably shook their heads in sheer disbelief, and promised to be a lot more vigilant for phone-using drivers.

Speaking to the media today, Superintendent Danny Doherty said the bust is the equivalent of 900,000 street-level deals. He said “I was there last night, and to see nearly 77 kilos of ice in a room – that’s the largest amount of ice I’ve seen in 31 years in policing.”

TBF, that’s probably more ice than 99.9% of the population have seen at one time, ever.

The 30-year-old and the 21-year-old faced court today in Parramatta over a slew of charges pertaining to drugs – natch – and dealing with the proceeds of crime.

The original driver, henceforth known as the unluckiest crim in Australia, will remain in custody before a court appearance on Thursday.