All Praise Be To This Guy, Who Dressed As The Cursed Karaoke Bug For Halloween

It’s not even “properly” Halloween yet, but owing to the fact that a) Not everyone has the luxury of being able to go boonta on a Thursday, and b) Getting spooky in November is illegal, the first batch of costume content from the US is now slowly filtering out onto social media. But if anyone has any grand plans to take the Best Costume crown later this week, you might already be too late thanks to one intrepid bloke and the gentle art of karaoke.

Anyone who’s ever been near a K-Box or a Ding Dong Dang will undoubtedly be at least tangentially familiar with the Sunfly Karaoke Bug, the cursed blue bug doomed to wander in a constant mid-song state with both arms contorted horribly into crude arcs. 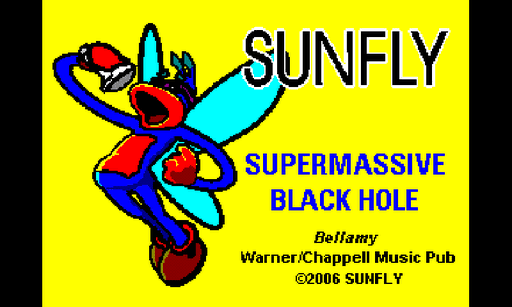 Bloated, rotund belly shoved outwards in clear distress, mouth wailing in pain into whatever half-baked version of a microphone he was given. The Sunfly Bug is unwell, frozen in time, and in dire need of assistance.

So you bet your ass someone dressed up as it for Halloween and it rules.

US comedian Chris Stephens posted his bang-on bug homage onto Twitter, much to the delight of anyone who has tinny MIDI drums beating away in their soul or strangely incorrect subtitled lyrics running through their head.

If I have any qualms at all – and really, they’re minor – it’s that there’s simply not enough hip-thrusting in the posed picture. All Sunfly Bug poses must be at full thrust, feet barely keeping contact with the earth. The power of the awful, off-key karaoke track propelling you forward. The key change flinging you violently off-balance.

Believe it or not, Stephens appears to have been not the only Sunfly Karaoke Bug getting about on that same very night.

More social media posts reveal the existence of at least one other bug. This one at an actual karaoke bar performing actual karaoke.

omg walked into karaoke bar and sunfly himself was on stage pic.twitter.com/aer0knkJPp

All praise be to the Sunfly Karaoke Bug: The awful bug who loves to sing.

READ MORE
You Can Buy This Haunted Doll On EBay For $5,600 If You Really Want To Fuck Your Life Up