New data has been released that unfortunately says that Australia has some pretty bloody slow-moving roads – shocker, we know.

But apparently they are so bad, that one particular city is legitimately worse than New York City (which sounds unbelievable, but facts are facts).

In the list of ‘worst roads’ compiled with data from AustRoads, 7 of the 10 entries are in Sydney, with Melbourne receiving one nod, and Adelaide surprisingly receiving two. 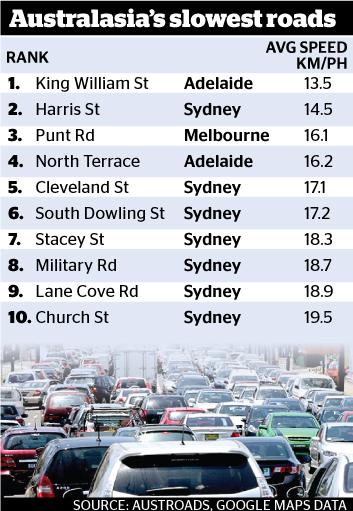 So, this means Sydney contains seven of the slowest roads on both sides of the Tasman. The city can rely only on the one saving grace that it also houses the third fastest road in Australasia: the Hume Highway.

But the sad facts of a weakening road system versus a booming population remain. So much so that we’re even  s  l  o  w  e  r  than the notoriously congested Big Apple, New York City.

We’re even behind San Francisco, Boston and Philadelphia, and we’re only slightly faster than Seattle.