Ted O’Donnell was only ten years old when his mother handed him her old analog SLR camera. In that now landmark moment, he knew he wanted to be a photographer. With a repertoire that spans fashion, music and portraiture, it is the series of photographs captured on his many travels abroad, that have the greatest resonance. Although O’Donnell doesn’t see a future in photojournalism, his portraits of young street children in East Timor, have an undeniable power. The images are sympathetic, true to place, and created with the purest intentions of a young photographer out to explore the world, and share his experiences along the way.

O’Donnell made the decision early on, to leave his formal artistic education and take the road less traveled. Instead, he valued hands on experience, soon coming to assist some of the greatest fashion photographers in Australia. Namely, Jez Smith, who he still works with today. We recently caught up with O’Donnell to discuss digital vs analogue, shooting tribesmen in Papua New Guinea and setting bees on his friend’s face.

Ted O’Donnell will exhibit as part of Pedestrian and ABSOLUT’s State Of The Art series this Thursday. To RSVP click here. 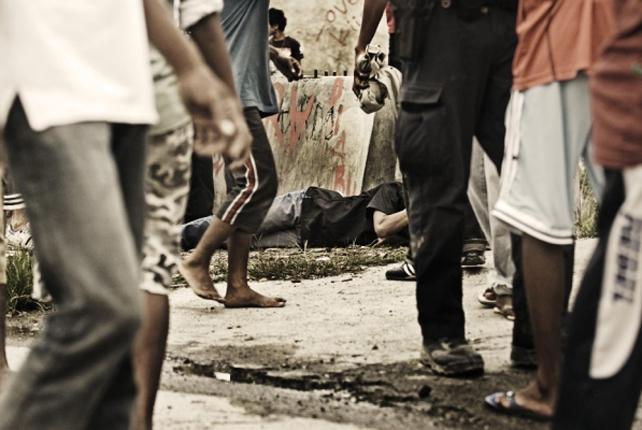 So lets start off with your website. We’ve noticed quite an expansive repertoire. What is your favorite genre to shoot?

My favorite thing to photograph is people, face to face. I think photography is so much more powerful when it’s capturing people as they really are. I mean, it allows for so much expression, and for the development of ideas and things in terms of personality…but it’s mostly effective when people are being captured as they really are.

How do you form relationships with the people you photograph? Do you know them most of the time?

No, I think most of the time I don’t, but I think it’s in the way that you approach things. Personally, I try not to make it feel too professional. I think the more casual it can be, the more relaxed the person is. The more that you can feel as though you and the subject are working together, the better it will be. I think the final photograph has to come from a place of friendship, even if you haven’t had time to form a relationship with your subject. 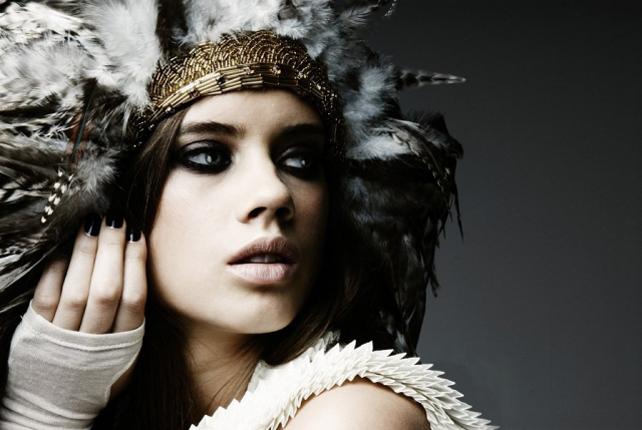 One photograph that stood out for me on your website was one of a man’s face covered in bees. What’s the story behind that one?

From the band called WIM?

Yeah, they’re a really talented, creative bunch of guys and they all have a really great look about them; a great sense of personal style. And we talked for a while about collaborating and doing a series of some images. I thought that they could use them, but I really wanted to do it because I knew I’d get some great stuff out of it. Also working with us was a girl called Megan Chassay, an international prosthetic make up artist. She’s worked on the set of Narnia films, making creatures and forms and animals. 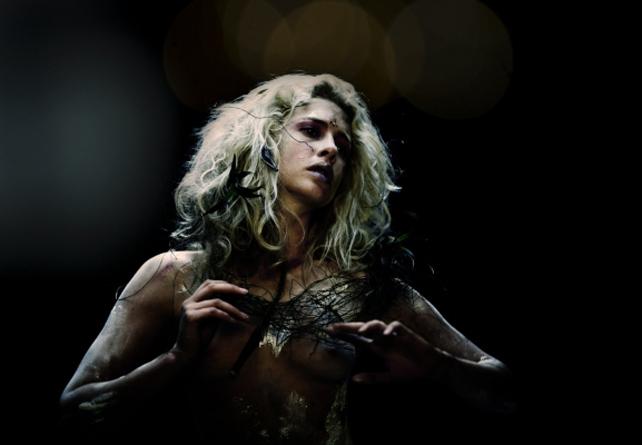 So that was all makeup?

Yeah, they’re real bees though. Basically, one of Martin’s friends turned up to the shoot with a jar of bees, and when we saw them, everyone just thought, yeah, we gotta get these bees all over his face. We knew it would be a really strong image straight away. Martin has so much expression in his face that he can pull stuff like that off I think.

Have you had any formal training? Did you go to art school?

No, I started shooting in school. I was really lucky I had a great art teacher who basically gave me the key to the dark room. When I was kid I was in the darkroom all the time. Then I started a photography degree at Sydney College of the Arts, but I quit after three months.

Because I knew the images I wanted to create straight away, and I just wanted somebody to help me make them. But I was constantly being told no no, you cant do that yet. And I thought, what’s the point in this, we aren’t being given any freedom. I had a mind full of ideas, and i just felt that the teachers were holding me back. So I quit that, and realized the best way to get anywhere is to start assisting established photographers. So I was an assistant for about four years. 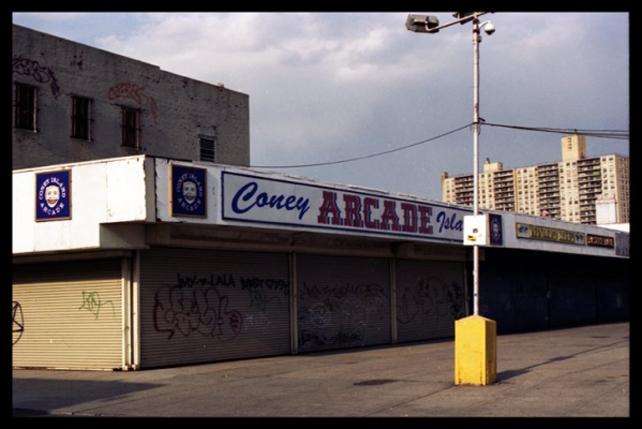 Who did you assist?

I assisted probably most of the professional photographers working in Sydney. I was with Jez Smith for two and a half years. I’m sort of winding up my time with him now because I’m getting too busy with my own work.

So what are some of your new personal projects?

I’ve always got lots of personal projects going on. I’m doing a series at the moment on people living in beautiful, simple lives in rustic shacks on the North and South coast of New South Wales. I also do portraits for ACP magazines and some work for fashion labels.

So are you a film or digital user?

I like to shoot film for personal work. Mainly because I like to shoot on my Hasselblad, and for those personal works, I like the final image to feel as natural as possible. I think digital definitely has its place, for example, in shooting commercial work in a studio I think you would be insane to use film. If you are really after that super- polished image, then digital just fits that perfectly. But if you’re not going for a really polished look; like for example, with this rustic project that I’m undertaking, I don’t want that to feel like a series of commercial images. I want it to feel as true to life as possible. I think the thing with film is that if you know how to shoot right, then you can get an image that feels rich and beautiful immediately without ever having to do anything to it; and an image like that is going to have a great sense of life about it. Whereas, if you’re using any high-end digital camera, any shot you take, needs a fair bit of work to look nice. No raw digital file ever looks that good. So you’re taking a lot of life out of it by working it. 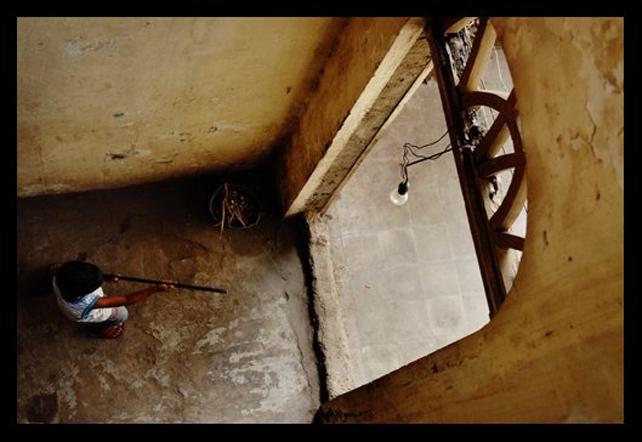 Do you think that the digital medium has taken a bit of the magic out of photography?

No, I don’t. I feel like film is well and truly alive still, and I think digital allows people to do things that film never could. And it’s amazing and it’s something that if it’s accepted, and used correctly, can allow people to extend themselves.

Who are your favorite photographers and who are you inspired by right now?

I am always inspired by the old master photographers. I think my favorites are Albert Watson and Richard Avedon. My favorite contemporary photographer is Tim Walker. He shoots the most amazing theatrical and fantasy-based images that always have a sense of real life about them. And he uses a lot of film, and you can really feel that.

How do you feel about the phrase ‘everyone is a photographer’?

I think that everyone is a photographer. I think especially these days. I don’t think that has ever been more true than now. It’s great. It’s a really beautiful thing to be surrounded with moments more and more. And everyone is sharing their moments more and more. I do worry though that because everyone is looking at images on the computer screen, we’re no longer printing images, so photographs now become momentary themselves. They never exist in real life, they never last. It’s like a newspaper, you look at the image one day, and its gone the next.

What’s the most memorable thing you’ve ever photographed?

I worked in East Timor for six months in 2006 with a small team of guys. We were doing workshops with local art schools, teaching kids how to use cameras and stuff. A few times we came across scenes where kids were killing each other in street fights. We had a few moments where we’d be driving past in the aftermath, and there would be a dead child on the street. We thought it was our duty to take the photo because we were there. So, we would give them to journalists who would be writing stories on stuff like that, that was happening. I think those experiences, more than any others, made me stop and think about the importance of spreading information and making people aware… 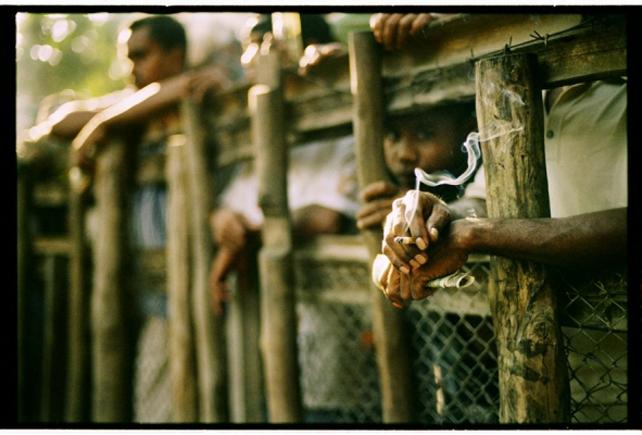 So, do you see yourself potentially in photo journalism?

No, I don’t think so. I want some aspect of that in all of my work though; but what inspires me more than anything is the creative process; working with a group of people towards a final goal of something thought provoking. As much as I love the momentary aspect of snapping things around you, I think that I’m more inspired by the creative process.

Any other really memorable experiences?

Well I did some work in Papua New Guinea recently. About a year and a half ago, we trekked with a small team across a mountain range. We were the first Westerners to cross the mountain since World War II. And when we were at the end of the trek, we came across a tribe who did a fire dance for us in these amazing outfits and the next morning I asked if I could photograph them. So they came and met me at sunrise and we went with them through the jungle to their camp. They said they had never been photographed before which was really exciting. I noticed though that in all the shots I’d taken, the men looked like they were in intense pain. When I asked them about it, they told me it was because their outfits were actually pinned into their skin, and they had worn them all night, so I could take their photo the next morning. As quick as I could, I told them to get them off.

That’s amazing! So you’ve had some incredible experiences already…

Yeah, I’ve been lucky. I’ve been hunting them out, but I’ve been really lucky as well…

All Photos Provided by Ted O’Donnell