In August of 2017, a total solar eclipse carved a path through the entire contiguous United States, with the moon placing itself neatly between the sun and the states of Oregon, Idaho, Montana, Wyoming, Nebraska, Kansas, Iowa, Missouri, Illinois, Kentucky, Tennessee, Georgia, South Carolina, and, finally, North Carolina.

In the lead up to this event, the South Carolina Emergency Management Division posted a warning “regarding possible paranormal activity potentially occurring“. That warning consisted of a map showing two South Carolina counties through which the path of the eclipse travelled, annotated with images of lizards.

Below the map read the following: “This historical map is in response to recent media reports about possible paranormal activity associated with the upcoming total eclipse. SCEMD does not know if Lizardmen become more active during a solar eclipse, but we advise that residents of Lee and Sumter counties should remain ever vigilant.“

Regarding possible paranormal activity potentially occurring during the #SolarEclipse2017. As always, if you see something, say something. pic.twitter.com/O3IuYhHzqB

Why would South Carolina’s official disaster management agency be tweeting about lizardmen and their potential sensitivity to the eclipse? Obviously, it’s because lizardmen are real, and both Lee County and Sumter County are full of them.

It begins in 1988. The local sheriff investigates a report that a car has been chewed up by some sort of creature in the Lee County seat of Bishopville. Soon, people start coming forward with stories of creature encounters.

A man named George Holloman Jr sees a huge, blackish creature with red eyes after stopping by Scape Ore Swamp for a cigarette and some water from an artesian well while out for a late night ride.

A 17-year-old named Christopher Davis is driving his car around at 2am when he gets a flat tire near Scape Ore Swamp. Davis changes his tire when, all of a sudden, he is set upon by a terrifying creature that he later describes as being “green, wetlike, about 7 feet tall” and with “three fingers, red eyes, skin like a lizard, snakelike scales“. The creature jumps on the roof of Davis’ car but is thrown off as Davis speeds away. Even as he is making his escape, the creature manages to keep pace with him travelling as fast as 65km/h. 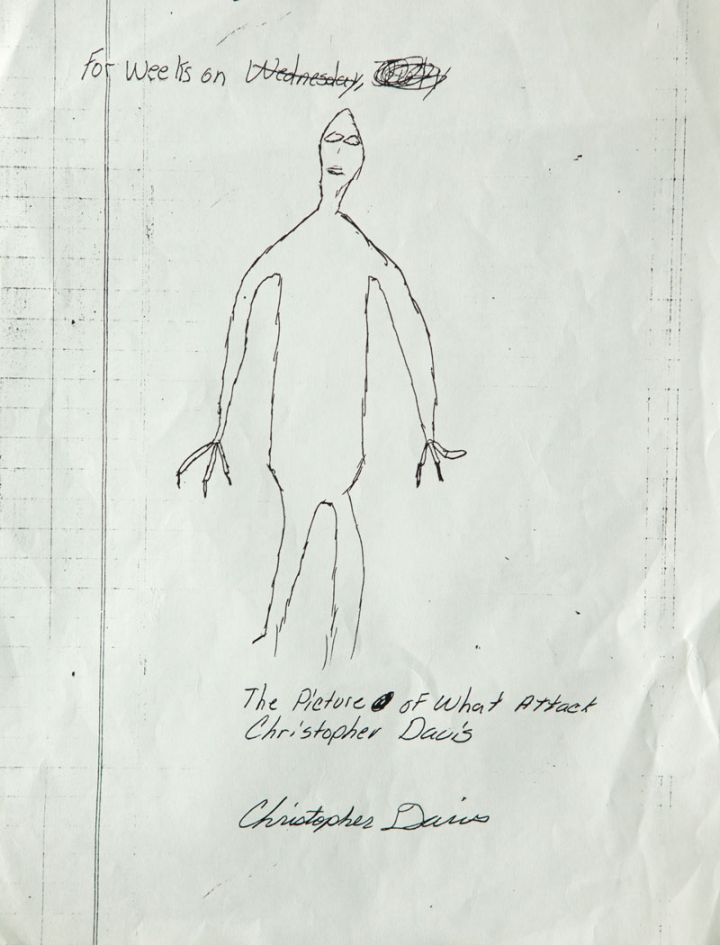 A month later, an airman named Kenneth Orr from Shaw Air Force Base in neighbouring Sumter County claims to have not only seen a lizardman while travelling along US Route 15, but to have wounded it as well after shooting it in the neck. He presents blood and scales to Sheriff as evidence, both of which are quickly identified as belonging to a fish. Later, he recants his story, admitting that it was a hoax.

After a blitz in the late 80s, things die down, with the exception of a pair of sightings in 1990. Then, in 2008, lizardmen are back in the news, with animal-like damage done to a family’s van attributed to the swamp reptiles, although DNA testing on blood found on the vehicle indicates that it was done by a domestic dog.

In 2015, a woman leaving church in Bishopville spots a terrifying creature moving out of the woods, capturing it in this amazingly powerful image that is definitely, not at all, in no way a person in a suit: 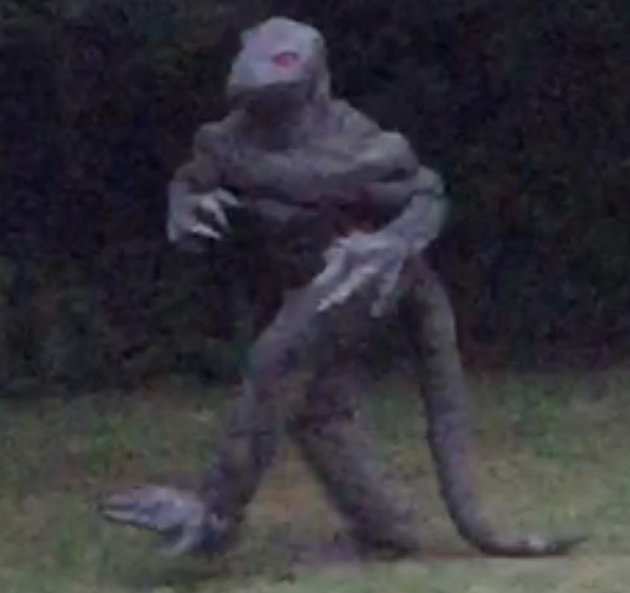 That same month, a man describes seeing a mysterious creature crossing a bridge near where Christopher Davis made his sighting. Jim Wilson describes the creature as “a tall, dark figure that had a tail and appeared to have scales . . . almost like an alligator with a short nose and long legs.“

This year, the 30th anniversary of the lizardmen’s first emergence into the national consciousness, Bishopville celebrated the first annual Lizardman Festival with musical acts, presentations from cryptozoology experts, and celebrity appearances by the likes of Lyle Blackburn, author of Lizardman: The True Story of the Monster of Bishopville, and Robert Kellum, who wrestles under the name The Maestro and made a few appearances in One Tree Hill.

(The lizardman is real.)