The ominously-named beverage is the brainchild of coffee enthusiast and lunatic Sean Kristafor, who launched Black Insomnia in South Africa last year.

It’s now stocked around the world and sells five to six tonnes per month, despite medical experts basically clutching their heads and screaming “nooo“, because, as it says on the website, this shit will fuck you up.

Chemical analysis of Black Insomnia has shown that it contains 702mg of caffeine per cup, which is almost twice the daily recommended consumption. It’s 6.3% stronger than its nearest competitor, the similarly stupid-sounding Death Wish coffee, and seems to exist solely to facilitate caffeine-consumption pissing contests (a quote from the site: “Don’t come crying to us if you can’t handle the kick.” Rude).

The website Caffeine Informer lists the brew as one of the “most dangerous caffeinated products“, so that’s reassuring.

According to Mary Sweeney, a researcher into the effects of caffeine at John Hopkins School of Medicine:

“For the same amount of coffee, you will get double the amount of caffeine. This makes it easier to consume more caffeine than you intent to and effects can range from mild to severe, for example, jitteriness, nervousness, restlessness and trouble sleeping. The most serious effect would be cardiac arrhythmia (irregular heartbeat).”

(I’ll add to that the little-studied effect of feeling like your skeleton is trying to climb out of your body while vibrating at an inaudible frequency, usually brought on by several cups of work kitchen instant after a night of bad decisions.) 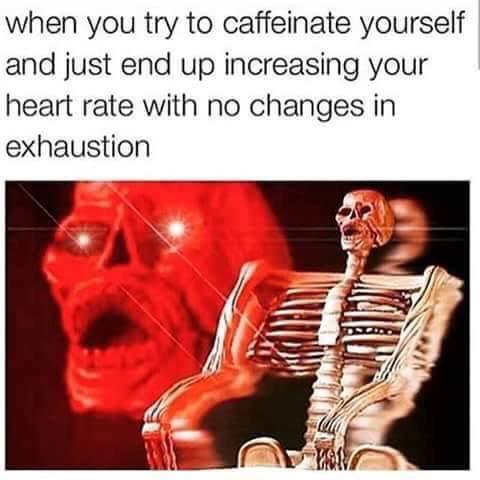 You can currently purchase Black Insomnia online through their website in pod, bean and grind forms, but the question remains: why? Haven’t we fetishised productivity enough? Don’t we actually need more than two hours of sleep in order to function as human beings? Isn’t the coworker who incessantly shares those god-awful coffee memes the fucking worst? 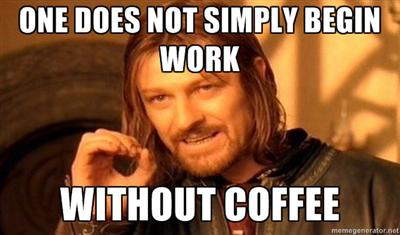 Can’t we all just have a nice cup of tea?