We’re assuming that last night, there was more than a few arguments over patio tables that included the passionately-delivered statement,

We are of course talking about the annual arguments that occur about triple j’s ‘Hottest 100′ countdown, and due to the fact that all music is subjective, everyone has a different opinion about what should’ve won and what should’ve placed elsewhere.

However, no one had as much dedication as Facebook user Ben Lawson, who decided to parody basically every triple j listener’s favourite sentence (see paragraph 1) by commenting it on every single one of triple j’s countdown posts.

Literally. Every. Single. ONE.

On Amy Shark nabbing the #2 spot for ‘Adore’:

On A.B. Original coming in at #16 for ‘January 26th’ (which is just shut the front goddamn door amazing, btw):

Yep. You get the picture.

It got to a point where his comments were amassing thousands of likes, after other Facebook users cottoned on to the committed troll. He was even made into memes. 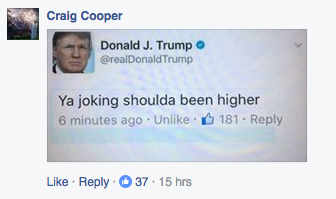 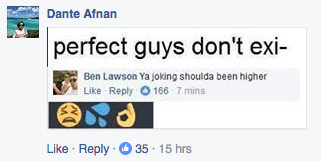 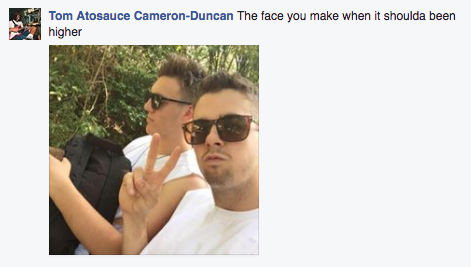 People then began to freak out about what he would say when the #1 song was finally announced:

Eventually, we reached the #1 song. And as the number implies, there is no ‘higher’ number than #1. The fateful time had arrived:

Man, that is some impressive dedication to Daryl Braithwaite.