A blonde-headed 20-yr-old from Gympie, Queensland, has livestreamed himself listening to the song ‘Johnny Run Away’ by Tones And I for twelve hours in a moment that could only happen in our gloriously hellish social media landscape of 2019.

Marlon Cheney posted in a Triple J memes page, Sultanaposting, on May 26 telling the 12,000+ members he would livestream himself listening to the song if his post got “1000 reacts.”

It was a move he would come to regret.

“I didn’t realise how big the group had gotten,” he told PEDESTRIAN.TV, explaining that once he saw the reacts trickle over the 1000 line he knew he was bound to actually do what he promised or face forever being called a coward.

So the day after he pledged to lock himself away and listen to Tones And I ad nauseam Cheney did just that, sitting in his room with his glasses on, staring into his computer camera, as hundreds of people tuned in. 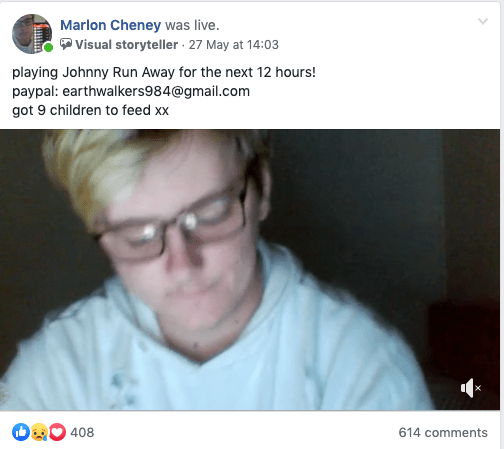 Cheney did his 12 hours over two sessions, partly due to Facebook cutting off the feed and partly because he was allowed a bathroom / drinks break at the local Bottle-O just down the road. “I was still listening on the way there,” he promised, “just not on live stream.“

From 2pm til 8:30pm, Cheney’s face was a centre-piece in the Sultanaposting group, before briefly going down and returning. He says people at home sending comments is what kept him going.

“It’s kind of boring just sitting there,” he said. “But people were tagging their friends… asking me if I’m OK.”

But why ‘Johnny Run Away’? 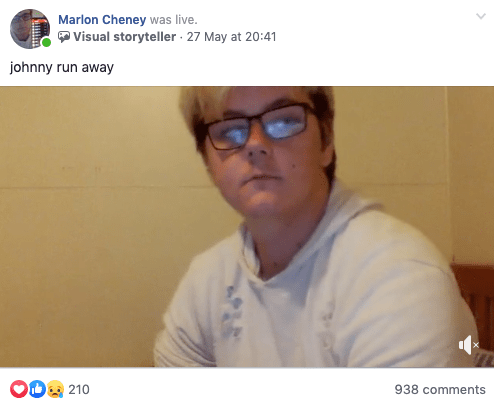 Cheney said he didn’t particularly like the song in the first place and after 12 hours of non-stop listening that hasn’t much changed. “It’s just the voice, it sounds fake,” he said. “It’s annoying.”

Tones And I has become a bit of a Triple J Unearthed darling in 2019, receiving countless positive reviews for her debut two songs.

On his first livestream Cheney added details to donate to his PayPal. While there wasn’t a huge outpouring of support, he did say that he’s now $55 richer. That works out to around $4.50 an hour.

Not sure if it was worth it.