Though arguably easier prey to deep throat when compared with that of a fully-grown freshwater MF crocodile, these photos of a three metre long carpet python casually suspended from a tree and hoovering up what appears to be a ringtail possum whole like a terrifying but nonetheless efficient Dyson or a less annoying Peter Parker impression are frankly both incredible and the only proof you should ever require in favour of never leaving the house again.

Per The ABC’s continued, committed coverage of Faaarken Oath, ‘Straya, Hey? residents of Brisbane’s aptly-named Bounty Boulevarde stood by in “awe” this weekend past as “the snake wrapped its tail around the tree branch and supported all of its weight as well as the possum”, with the photographer responsible for two thirds of the featured photographs, Caroline Hubbard, adding, “I felt a lot of respect for the snake, it was actually exciting to be there and a part of it.”

Nothing is more despicable than respect based on fear, said Albert Camus that one time, but whatever. Can’t wait to see what Australian icons those crazy snakes will eat whole tomorrow.

If you see a snake eating something crazy please photograph it and get in touch. Not kidding. #snaketips 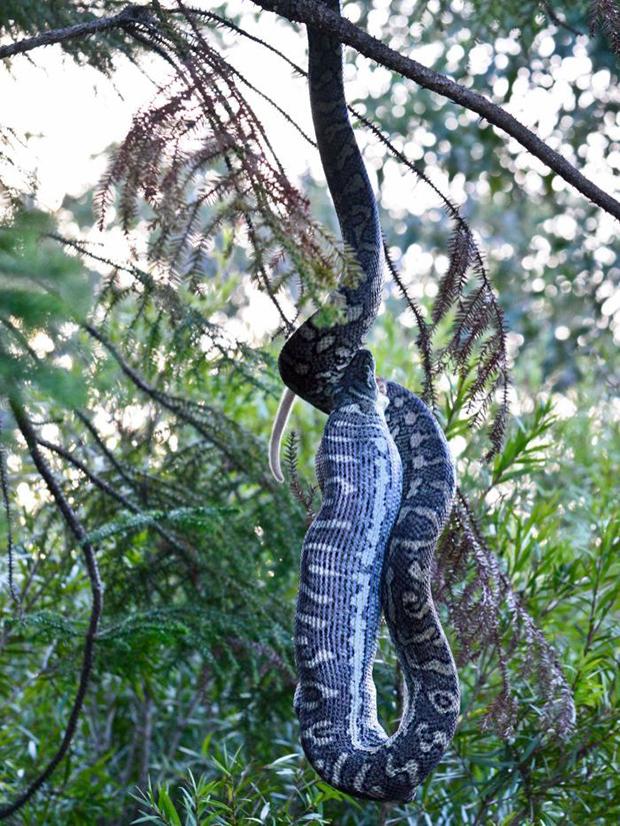 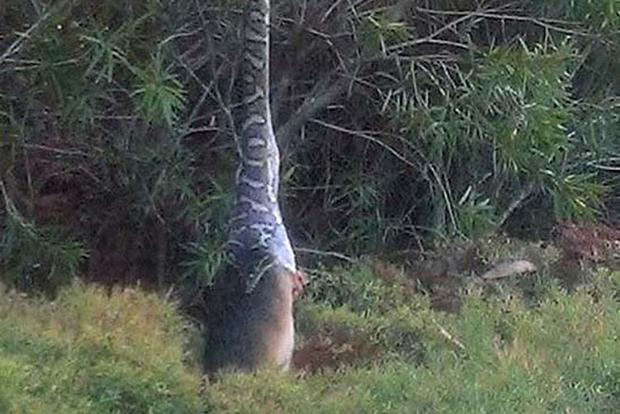