I don’t know anything about you, but I can say with almost 100% certainty that you will not be killed by a shark. Statistically speaking, you’re most likely to die of heart disease, but that’s neither here nor there. You will probably never have an encounter with a shark, let alone be attacked or eaten by one. For the overwhelming majority of the Australian population, sharks are not something that have to be reckoned with in any meaningful way. That sure as shit doesn’t stop us from being terrified of them.

We get a wild thrill from being reminded that these creatures are out there, with mouths full of pointy teeth and beady little eyes — whether it’s a shark in a pool or a 4.6-metre great white in a net. We love the very specific kind of terror that comes from looking at this: 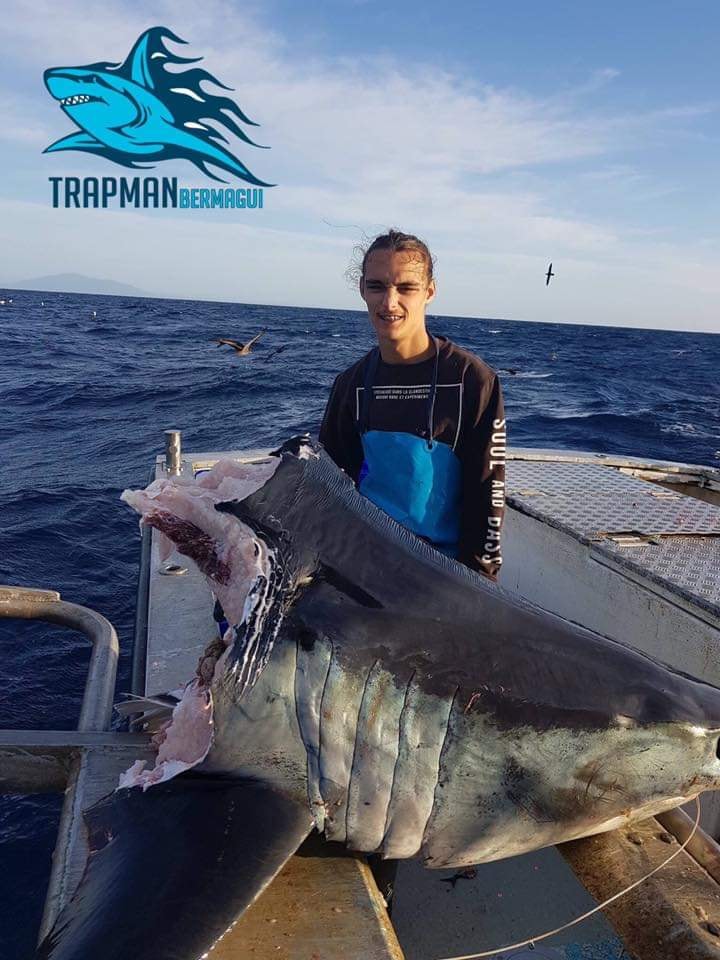 While that 100kg mako head is big, what’s even bigger is the shark that bit that mako clean in goddamn half. Commercial fisherman Jason Moyce pulled up the head while fishing for smaller sharks on the New South Wales South Coast, but found that all they were catching all day was big sharks that were being eaten by even bigger sharks.

Cutting the remaining meat off the mako they made another discovery:

When we were cutting what was left of the meat off the Mako, we discovered a big scar on the side of its head… when I looked inside the back of the head, I found a Marlin bill protruding from inside the throat of the shark. The entrance wound had healed over long ago and the shark has lived with this 12inch Marlin bill lodged in its throat for many years. Everything it has eaten since, would have rubbed past the point of the bill in its throat.

It’s exactly as gnarly as it sounds:

Probably don’t watch this if you’re a bit squeamish but there’s a video showing the excavation of the shark’s head that you likely won’t forget soon: