Prime Minister Scott Morrison has touched down in the tiny Pacific nation of Tuvalu for the Pacific Islands Forum, where Australia’s reluctance to reduce overall emissions will serve as a source of prickly tension amongst the leaders of smaller island nations that are already feeling the brutal effects of climate change. An offer from the Coalition Government to fund climate efforts in the Pacific to the tune of $500 million has already been rebuffed by Pacific leaders, particularly Tuvalu Prime Minister Enele Sopoaga who stated that “no matter how much money you put on the table” it still wouldn’t let Australia off the hook for our lack of direct action. The forum is incredibly serious and set to be particularly prickly for Australia.

And Scott Morrison has rocked up to it looking like he’s fucken pumped for naughty bingo after the Captain’s Table buffet.

The photos of Morrison swanning about Tuvalu in a shirt that could well be made of shredded garbage bags and might have cost him $10 at Lowes are a real bloody ride, and paint exactly the kind of big idiot picture you’d expect from a Prime Minister who looks like he packs traveller’s cheques anytime he ventures any further than Menai.

Cop a look at old Chipolata Head over here would you. 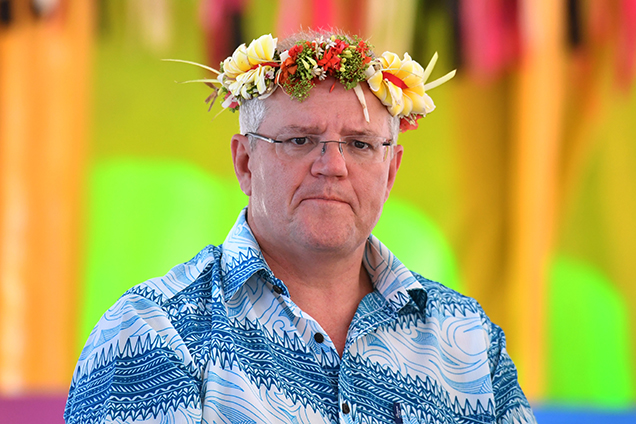 Christ alive, he looks like he’s been on the boat for five minutes and someone’s just told him they’ve already run out of HP Sauce. 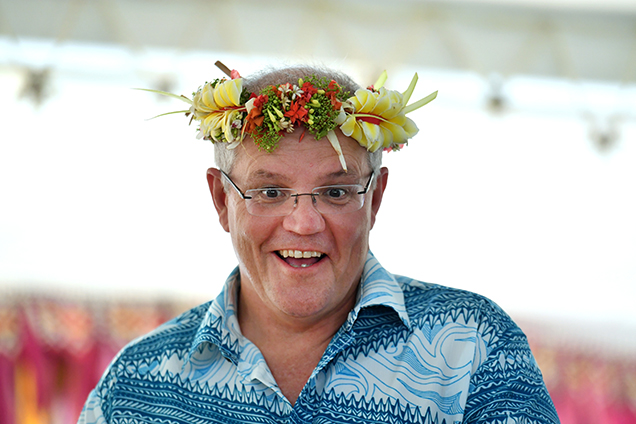 But then that same person’s told him the boat’s ordered too many pickled onions so they’re giving out jars for free.

READ MORE
Did Scott Morrison Shit Himself At Engadine Maccas In 1997? An Investigation 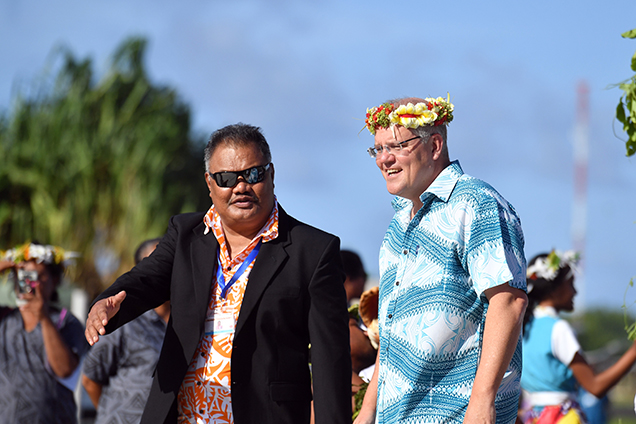 Meeting a Pacific Islands diplomat? Or trying to befriend some loose economy class unit called “The Boss” who reckons he’s got a secret stash of “illegal Cuban stogies” that’ll turn out to be a softpack of wet cloves at *best*? 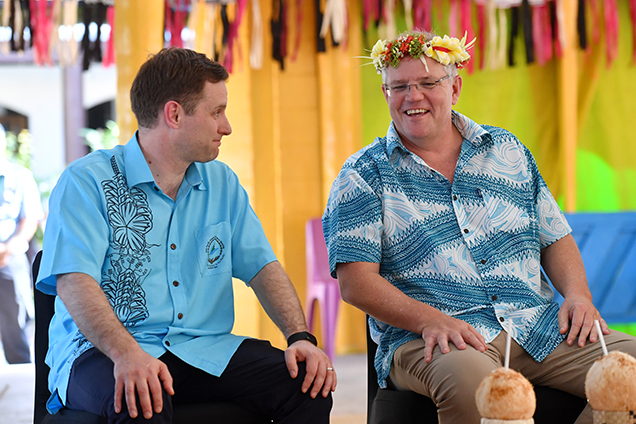 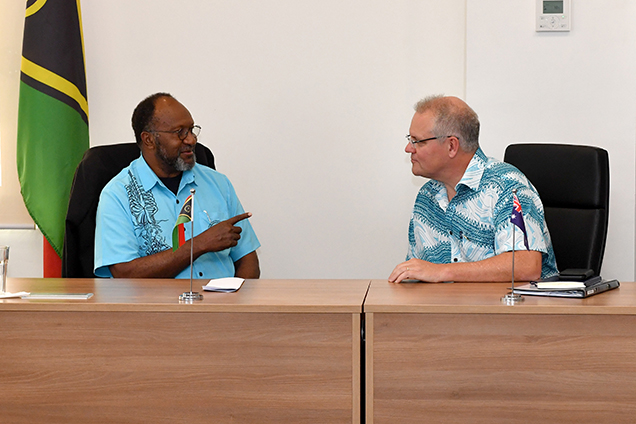 Three days at sea, old mate here has to be sat down by the ship’s “Fun Captain” to have the unwanted touching policy read over again. “Serve yourself” at the buffet only applies to the food, he’s told in no uncertain terms. “I can’t let you back onto the main deck until you sign this behaviour contract,” the captain tells him. His signature reads “Hugh G. Rection.” 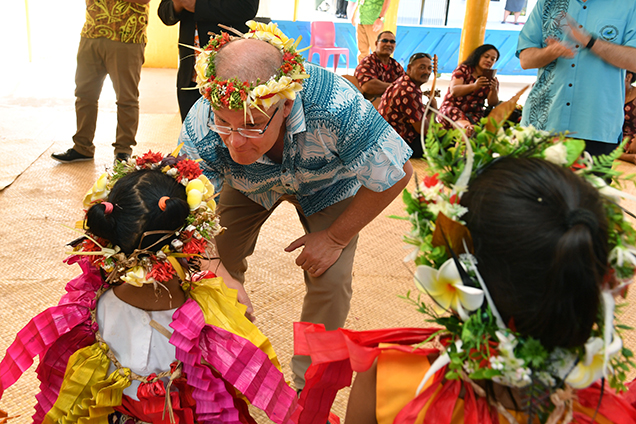 His cruise comes to an abrupt end after his residency on-board is terminated following a particularly bawdy on-shore day where he repeatedly tells the local children “up the bum and none of you!”

My ultimate point here being that he looks like a fucken nerd and it’s shameful for all of us. That’s it.